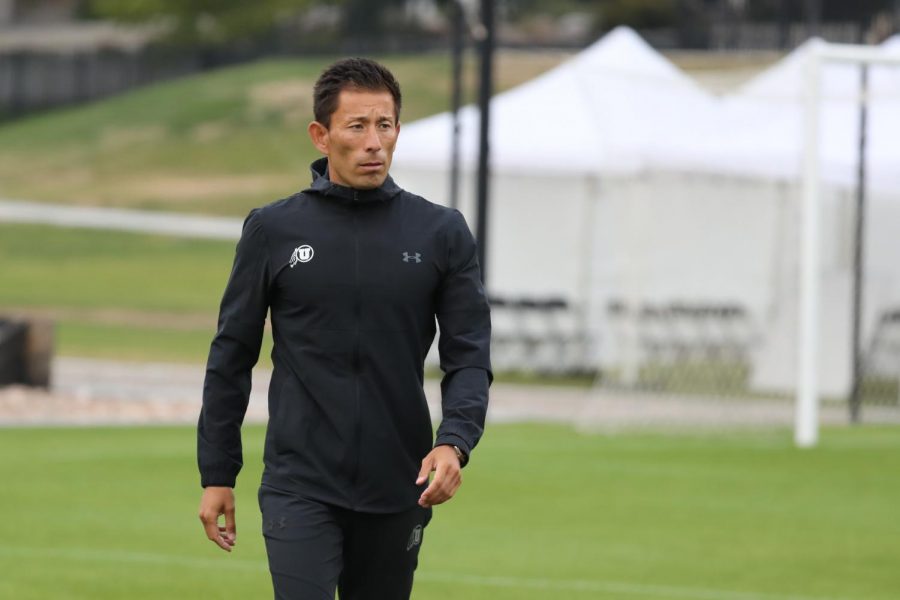 On May 27, 2021, Utah Athletics Director Mark Harlan announced Hideki Nakada as the newest head coach of Utah’s women’s soccer program. It is Nakada’s first head coaching position after spending the last seven seasons at Stanford, including three of them as associate head coach under Paul Ratcliffe.

Associate head coach Scott Halasz will retain his position and enter his ninth overall season with the Utes. Nakada also brings assistant coach Christine McBeath and director of operations Joe Jackson along with him from Stanford.

Stanford went 132-15-10 during Nakada’s time with the program. They also went 66-6-4 in the Conference of Champions and tallied four College Cup appearances. The program dominated the Pac-12, winning five consecutive Pac-12 Championships from 2015-2019 and two National Championships in 2017 and 2019.

“Paul Ratcliffe has given me a lot of responsibilities,” Nakada said. “He allowed me to be prepared for this position. I certainly wasn’t exactly sure what it would feel like to be in this position, but it’s been a seamless transition.”

Before his success in the Pac-12, Nakada’s career started with three seasons at Idaho State from 2006-2008. The Bengals went to the Big Sky regular-season and tournament championships in 2006, as well as an NCAA Tournament appearance.

He then spent the next four seasons with Marquette from 2009-2012, guiding them to the NCAA Tournament each year. In his final year with the Golden Eagles they claimed their fourth consecutive Big East American Division Championship, as well as their first-ever Big East Tournament Championship.

After Marquette, Nakada made his way to the Pac-12 during the 2013 season as an assistant at Oregon. He would serve as their defensive coach and recruiting coordinator before going to Stanford.

During his time at Stanford, the program was highly successful, being regarded as a top contender for many years. Nakada can certainly see the success translating over to Utah in the near future.

As Nakada and his coaching staff look towards the future, they are trying to bring top recruits across the nation to Salt Lake City. Utah is a very special environment that can naturally attract people, and Nakada hopes that it will help the program out when trying to recruit new players.

“If you ask any of the players from Stanford, they would tell you that this is their favorite place to play,” Nakada said. “This is a very unique place — it’s a beautiful place. It’s one of those places that’s hard to say ‘no’ to. As a department there’s a lot of exciting things going on here.”

Utah has had a rough couple of years recently, with their last winning season coming in 2018. Nakada looks to change that this season, but the team has a tough schedule ahead. The majority of Utah’s remaining games will be Pac-12 games that are full of competition.

Nadaka and the rest of the team certainly have their work cut out for them, but the future of the program certainly looks bright with him at the helm.