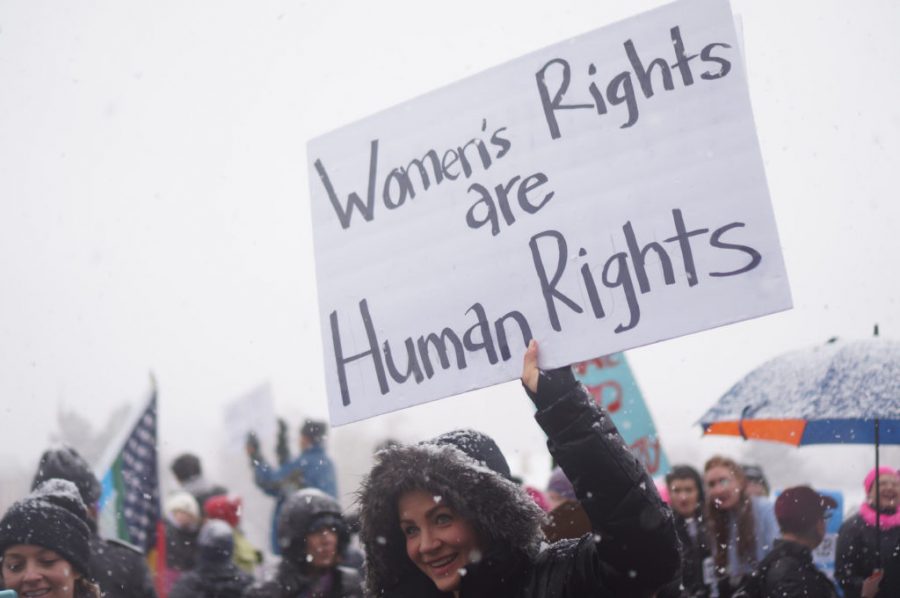 This summer, I wrote about Utah’s dreadful women’s issues stigmatization problem. At the time, a 2020 WalletHub study placed Utah in last place for women’s equality in the country. In this year’s 2021 ranking, we once again secured last place. Coming in second to last was Idaho, our close counterpart in both ideology and geographical proximity.

Perhaps this placement wouldn’t be as worrisome if the United States placed better in global gender equality rankings. However, according to the World Economic Forum’s 2021 Global Gender Gap Report, the U.S. ranks 30th overall.

Under these circumstances, there lies a simple solution. Discrepancies in legal protections, cultural attitudes and workplace policies differentiate us from the states and countries that have done better than us. Rather than lag behind in the march toward gender equality, we should mirror the practices of those in the lead. In this case, that means establishing protections through specific legislation and policy reforms.
Our Legislative Shortcomings
To provide more clarification about these equality analyses, I conducted an email interview with Jill Gonzalez, an analyst for WalletHub’s 2021 equality study. Regarding barriers facing gender equality, Gonzalez referenced “the lack of specific legislation and protections” as one of the greatest. The Convention on the Elimination of All Forms of Discrimination Against Women (CEDAW) illustrates one example of this shortcoming.

When ratified, CEDAW legally binds signers to put its provisions into practice. It also requires submissions of national reports every four years, which detail actions taken to comply with treaty measures.

The U.S. is the only industrialized country that hasn’t ratified the CEDAW treaty. Ratifying it would ensure better protections for women’s rights. And, given the bipartisan support for the Women Peace and Security Agenda (WPS), we shouldn’t face as much resistance as we have. Since 1980, the Senate Foreign Relations Committee has debated CEDAW five different times. But many Americans don’t understand the extent of the problem.

Despite 72% of Americans mistakenly believing that we already explicitly guarantee equal rights in the U.S. constitution, we don’t. Nothing in our constitution protects against gender discrimination, which seems preposterous. To fix that, we must ratify the proposed Equal Rights Amendment, which would legally guarantee equal rights for all Americans, regardless of sex. This would serve as an important step toward ending discrimination between genders in matters of custody cases, property ownership, employment and more.
Workplace Environments
Gender equality status varies widely from state to state. Gonzalez said, “Utah ranks low in terms of income disparity, with men earning as much as 25% more than women, ranks third lowest for higher income disparity and among the bottom five in terms of the disparity in the share of executive positions.” Our lack of workplace protections, including that of equal payment protection, cause many of these issues.

From education to the work field, we set up women to be underrepresented. Even while women may soon make up a majority of the college-educated labor force, the average woman earns $0.82 to a man’s dollar. About 42% of women have admitted to facing gender discrimination at work. Workplaces also discriminate when it comes to child-raising, and about 40% of women don’t qualify for the Family Medical Leave Act. Women are also more likely to be considered incompetent or overly emotional in professional fields.
Imitating Success
We know that legally protecting women’s rights will effectively promote equal treatment because it has worked elsewhere. Iceland, which has held the title as the most gender-equal country in the world for nine years straight, exemplifies this. In 2000, the country passed the Act on Equal Status and Equal Rights of Women and Men. Iceland also became the first country in the world to require that public and private businesses prove that they offer equal pay regardless of gender, in 2017.

Back here in the U.S., Utah shares a border with the country’s most gender-equal state, Nevada. Numerous factors contribute to their more equitable reality. For instance, they implemented the Fair Employment Practices Act (FEP), which prohibits employment practices that discriminate on the basis of sex — including pregnancy and childbirth. Gonzalez recommended “legislation and policies regarding women in the workplace, better cultural attitudes and transparency in the hiring and promotion process.”

When providing these protections, Utah will see improvements in other areas of society. They would likely encourage the increases in women’s representation that we need to establish long-lasting equality. Gonzalez said, “Most of the states that ranked at the top have either more women or an equal number of men and women lawmakers in the U.S. Senate.” In order for a government to represent its people, it needs to value women perspectives.

Our state and national governments have and will fail us as long as they continue to deny women equally protected rights. The data speaks for itself. The states and countries that have realized better environments for their women got there by establishing protections that we still have not. If we can learn anything from the comparisons these studies provide, we should learn to follow what’s worked.