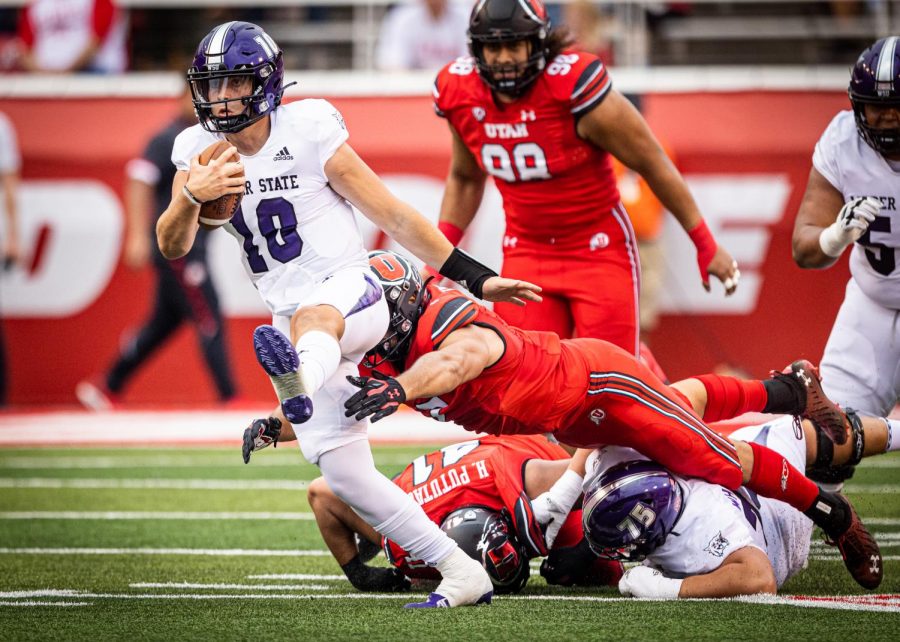 The University of Utah football team is looking to get back on track after a loss to BYU in Provo. They will head to San Diego State University to take on the Aztecs on Saturday, Sept. 18 at 5 p.m. MDT. Utah is favored by 9 in the game, and this is a good opportunity for them to grab a big win as they prepare for Pac-12 play.

Utah is coming off a bad loss to rival BYU. It was a game where the Utes looked thoroughly outclassed on both sides of the ball, and the Cougars took advantage of their poor play. Both the offensive and defensive lines looked porous and the receiving corps did not do much at all. There were bright spots, to be sure, but Utah has a lot to fix before facing Washington State next week.

“Well, we’re a work in progress, like pretty much every team in the country is at this point,” said head coach Kyle Whittingham. “We’ve got to find a way to be better. Captains are a big part of that. Coaches, we’ve gotta work harder as coaches, if that’s possible. We’re in the office for hours on end, but we’ve gotta work smarter, we’ve gotta be better coaches.”

Utah knows they simply got outworked against BYU. The Cougars came out with more intensity from the jump, and the Utes got caught slacking. Effort and consistency will be the biggest things that can show improvement week to week, and the Utes certainly had that message imparted on them from the coaching staff.

A big emphasis for them will be finding better pass protection for quarterback Charlie Brewer. Brewer did not have much time to throw against the Cougars, which was a big reason why the receivers had a poor night as well. Look for the offensive line to come back with a renewed focus against a weaker SDSU pass rush.

Micah Bernard cemented himself as the lead running back moving forward. Bernard was a bright spot for them against BYU and has earned more touches. Tavion Thomas fumbled twice in two games and Whittingham has made it clear that will not fly on his team.

“You’ve got to take care of the football,” Whittingham said. “That’s job one. If you can’t secure the football, you can’t play. We’re not going to give up on Tavion by any means, but you cannot have the ball turned over. He’s just going to have to fix that.”

San Diego State is 2-0 with victories over New Mexico State and Arizona. Neither win was particularly close, but they were against subpar competition. Utah will be the best team they’ve faced by far.

Aztecs quarterback Jordon Brookshire could potentially be held out of the game with a foot injury that he suffered last week against Arizona, according to the San Diego Union-Tribune. If he can’t go, backup Lucas Johnson would play in his place.

Utah needs this game to go well in order to get back on the right foot before beginning to face much tougher competition. Every realistic goal is still on the table for them this season, and that starts with getting back to their winning ways with a dominant victory on the road this weekend.

The game will be played at Dignity Health Sports Park on Saturday, Sept. 18 at 5 p.m. This is Utah’s final non-conference game.