U Research on Mental Health, From Infancy to Adulthood 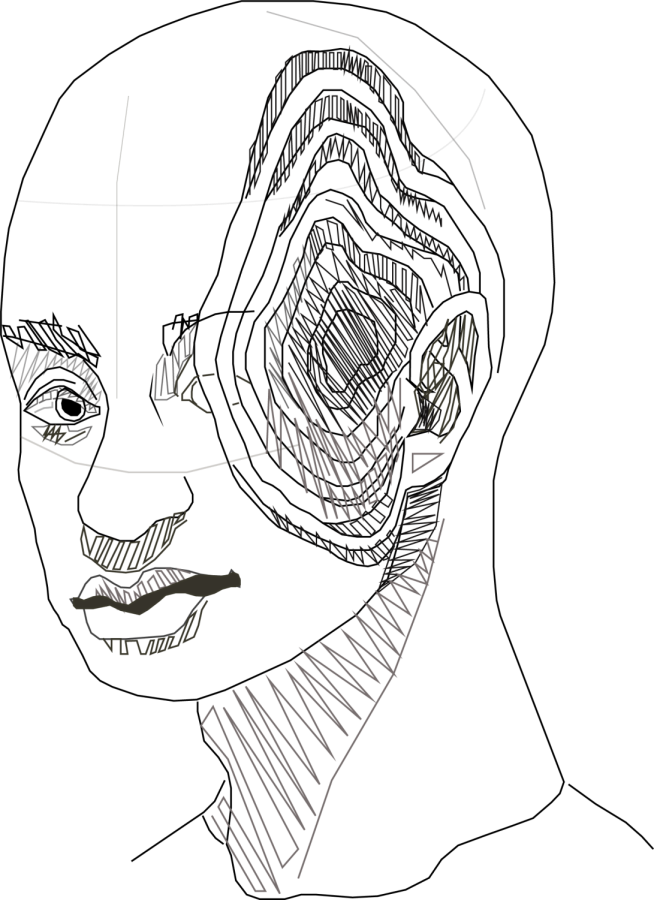 As a Top-Tier 1 research university, the University of Utah conducts research in a variety of specialties from opioid addiction and chronic pain to dance, art and game design for health.

The psychology and psychiatry departments at the U both conduct research related to mental health. Liz Conradt, associate professor of developmental psychology, studies mental health at one of the earliest stages: infancy.

The motivation behind Conradt’s work is to better understand what mental health problems women experience during pregnancy and how this relates to support efforts for both the pregnant individual and the baby.

“Maternal mental health is the number one complication of pregnancy, and it’s extremely common,” she said. “It can have really devastating consequences for the pregnant woman and her baby if left untreated and unmanaged.”

Conradt studies populations exposed to diverse forms of early life stress including infants and mothers with depression and infants with prenatal substance exposure.

One project she worked on involved studying epigenetic outcomes, or how genes are expressed, in babies.

“We found that for mothers that did have depression if they interacted sensitively with their babies, their babies had epigenetic outcomes that looked exactly the same as babies whose mothers weren’t depressed,” she said.

“It shows how important it is for women experiencing depression to interact sensitively.”

Conradt is currently working on a study looking at how racial discrimination impacts maternal and subsequently infant mental health. “Maternal death rates in America are worse than they were 25 years ago, and this is driven in large part by the large number of Black women that die during pregnancy and in the postpartum,” she said. “Those who experience greater racial discrimination or greater exposure to racism have increased cellular aging. They have these epigenetic changes that are evidence for more problematic health outcomes. They have greater allostatic load which means higher heart rates, higher blood pressure.”

With Sheila Crowell and Nicolette Molina, Conradt is studying Latinas in Utah and how prenatal exposure to racial discrimination could be related to preterm birth outcomes and newborn neurobehavioral problems.

At a later stage of life — adolescence — Scott Langenecker, professor of psychology and psychiatry, studies how cognitive behavioral therapy can be used to mitigate rumination effects of depression.

According to Langenecker, rumination involves worrying about past things that have gone wrong or future things that could go wrong. He said those with anxiety experience rumination differently.

“And that negative thought pattern can become sort of recurrent and passive and [they get] sort of stuck in a mental rut,” he said.

Langenecker and his team try to identify triggers for worry in adolescents and then use different principles of rumination to combat the process.

Because rumination tends to have a snowball effect, where one bad trigger leads to a string of negative thoughts, Langenecker said it is important to do specific things to combat the rumination.

According to Langenecker, kindness is another way of combating rumination because the voice one hears in their head is what they hear more frequently than anything else.

“Is that voice encouraging, is that voice discouraging? Is that voice pleasant, is that voice nasty?” he said. “So we work on helping these teens to identify ways to actually encourage themselves and to use kindness, both in their own mental space, and then of course hopefully that generalizes to how they talk to other people as well.”

Langenecker said the current understanding of mental health is that it can be deadly, like in instances of suicide, but effective treatments are still being researched.

Douglas Gray, professor emeritus of psychiatry, has studied suicide and has lead suicide prevention efforts in Utah for about 25 years.

Gray became interested in this research after working at Primary Children’s Hospital and noticing throughout his ten years that many of the patients he took care of recovered.

“I realized a lot of the kids that actually died by suicide, you never see them in the emergency room,” he said. “They’re gone before you have a chance to give them that help.”

Gray then began to work with the Utah Department of Health and got funding to conduct the first Utah youth suicide study.

Similar to researchers in the rest of the country, he found the majority of suicide completers are 45 to 64-year-old white men, with the exception of Native American adolescents who have a higher rate of suicide than adults.

“What are you trying to prevent, attempts or completions?” he said. “The answer is both. But they require somewhat different strategies.”

The effect of a completed suicide on a family ripples out to a community and is devastating, according to Gray. “Whereas a suicide attempt, we have a chance to get them better,” Gray said.

Gray said while he believes treatment works, it is more about getting out into the community, finding the people in need of treatment and providing them with evidence-based treatment.

In terms of seeking treatment, Gray said the biggest barrier was not insurance like he thought but rather stigma surrounding getting help for mental health problems.

Langenecker said different than most health issues, what’s unique to mental health advocacy is it often has to come from others besides the person experiencing the issues.

“Most mental health conditions affect people’s self-esteem and whether or not they believe that they actually deserve to get better treatments,” he said. “That means that we don’t get the best source of advocacy. Often, lots of people who struggle with mental health problems struggle in silence.”

Through her origins in studying genetics, Williams grew an interest in studying individual differences.

While she studies stress, she said stress as a concept is actually quite hard to define.

“One of the things that I’ve really been interested in is finding more refined ways to measure it,” she said. “So my approach, following some other stress researchers in the field, is to break it up into its parts.”

One of those parts is stress exposure, or essentially how often people experience daily hassles or major life events. Another part of particular interest to Williams is resiliency, or how quickly people can return to their baseline level of stress.

Williams also studies openness, a willingness to experience new things. She found that those with high levels of openness actually seemed to be more resilient to stress.

“We found that openness predicted a unique profile in our laboratory stress study such that even though high open people reported negative emotions and feeling stress, they also engaged with the process in a positive way in some ways,” she said.

Another important personality factor in stress regulation is aesthetics, or the tendency to be engaged with art, nature and beauty.

“That’s one of those factors we find is actually related to stress resilience in various ways, including growth orientation, that is kind of finding ways to engage with stress or you learn from it,” Williams said.

While Williams is more of a mechanism researcher, she noted the important intervention implications of her research findings. She is interested in whether stress resiliency can be increased by increasing areas of aesthetics in people’s lives through things like static stimuli, music or nature exposure.

According to Williams, studying stress is essential to understanding mental health because stress-related issues can lead to mental health problems.

“I mean virtually every form of psychopathology either has stress as an etiological factor, that is something that predicts the onset of a problem,” she said. “Or it exacerbates other mental health problems and aspects of stress, especially stress-related sleep disruption.”

Williams did a study to better understand the implications of the pandemic on mental health. She found that growth orientation was similarly protected during the pandemic.

“People that were looking for sort of positive ways to grow in the context of the pandemic ended up having less sleep disturbance and some of the other negative outcomes,” she said.

According to Williams, there are too many people that do not seek help or seek it soon enough perhaps because of insufficient awareness of mental health problems to be able to identify it in themselves.

“And I think that’s something that we need to continue to focus on,” she said.”If a weird upside of the pandemic is we’re paying more attention to these things, then I think that ends up being a little tiny bit of a silver lining.”