Forth: It’s Time to Break Your Political Bubble 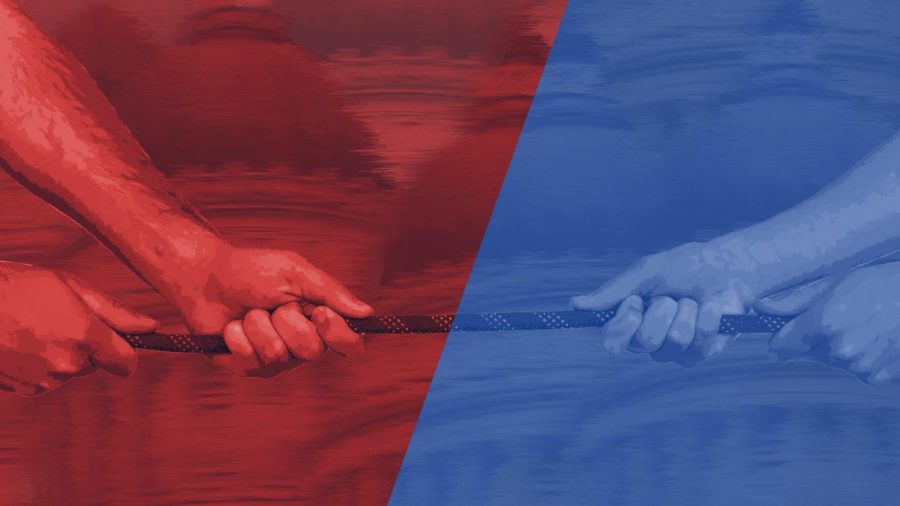 By Kate Forth, Opinion Writer

Reasonable political discussion has disappeared. This was evident during the 2020 presidential debate between President Joe Biden and former President Donald Trump.

The debate demonstrated how unwilling both candidates were to keep things civil. Biden’s “Will you shut up, man?” remark to President Trump went viral. While some took it as a powerful jab towards a backwards political leader, I and others view it as a pathetic insult. President Biden should have kept his demeanor and not used petty insults to make his point.

We see this messy discourse everywhere. American politics are tricky to discuss because of the conflicts and emotions that come with it.

Many fear that the toxicity of politics will lead to violence. We saw this occur on Jan. 6, 2021, with the insurrection at the United States Capitol that occurred because of false beliefs of a rigged election.

This violence and contention can decrease if we avoid limiting our political perspectives by learning of and empathizing with people with different political ideologies. This awareness can help us avoid villainizing people and causing unnecessary contention.

Today, many people get political information through social media. Social media has algorithms that can limit the type of information that users see. When inaccurate information pops up on people’s timelines, they become susceptible to conspiracy theories.

Social media contributes to the spread of misinformation in two ways. First, it uses algorithms that spread information that people want to see, which leads to growing confirmation bias. It also gives people a place to develop communities around misinformation. Groups like anti-vaxxers on Facebook use tools such as secret codes to avoid getting deplatformed. Dangerous misinformation spreads as a result, and many of these extremist groups teach that not only is the “other side” wrong, but that they want to hurt you.

Avoiding confirmation bias ensures that we don’t lock ourselves in a political echo chamber. We can break free from confirmation biases by avoiding only looking at information that confirms what we believe.

As college students, we also have the opportunity to learn of hundreds of different political perspectives. Don’t leave this smorgasbord of political knowledge for the tempting but ultimately fleeting pleasure of confirmation bias.

For instance, I’m taking a class about the politics across the continent of Africa. Former ambassador to Seychelles and Comoros John Price teaches the class. Ambassador Price is a well-known Republican, and his ideas on economics and social issues differ from my own. But learning his perspective on African politics has helped me consider a different perspective.

Animosity between Democrats and Republicans has been on the rise, and a party’s hatred of the other side has begun to outweigh their love for their own party. This discourse may further limit political compromise in our politics.

I’ll admit I’ve have had my fair share of fights with people in social media comments sections. No matter how heated and toxic the conversation gets, I’ve found myself in situations where I only want to win. In reality, no one wins in that situation, because fighting doesn’t convince people to change their minds.

In “How to Win Friends and Influence People,” Dale Carnegie famously wrote, “don’t criticize, condemn or complain” to other people. He says that doing so turns people away from changing their behavior and instead become defensive.

At this time of extreme political polarization and conflict, we should all try not to give into toxicity and conflict. No one will ever be 100% correct about anything. We’re all human beings who are learning to navigate this often-confusing world — and attacking each other will not help us. Hating people on the other side of the political spectrum can limit your friends, romantic partners, mentors and other people in your sphere. And that seems like a lonely way to live.