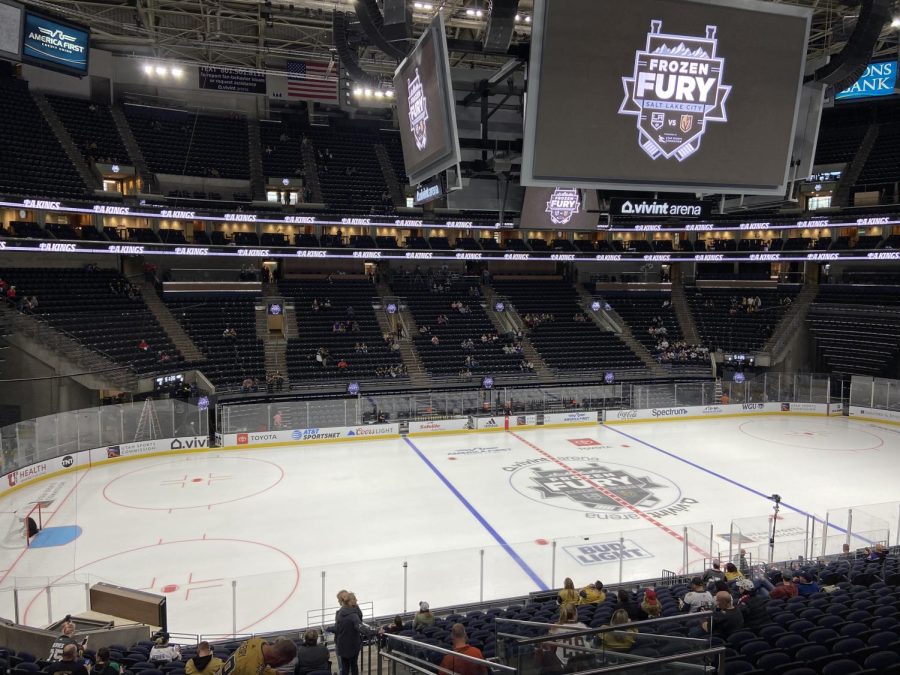 For those who don’t follow hockey, “Frozen Fury” was an annual preseason game that the Los Angeles Kings hosted every year in Las Vegas from 1997-2016. The event was discontinued upon the Vegas Golden Knights joining the NHL in 2017, much to the dismay of Kings fans, as the event had grown to be a fan favorite that many Kings fans and hockey fans, in general, had circled on their calendar every year.

By popular demand, the Los Angeles Kings brought back the tradition this year, this time in Salt Lake City, and against the team that was essentially responsible for this tradition being discontinued, the Vegas Golden Knights.

When looking for new cities to host this event, Salt Lake City was naturally a perfect fit. The Kings did play preseason games in Salt Lake City against the Vancouver Canucks in 2017 and 2018, although the event was entitled “Salt Lake Shootout” and did not have the same appeal as “Frozen Fury.”

The “Salt Lake Shootout” did, however, show that Utah had a big enough hockey following to host the “Frozen Fury.” These games were essentially a trial run for the next “Frozen Fury” city, and at the time, former Salt Lake City native, Stanley Cup champion and Utah sports legend Trevor Lewis played for the Los Angeles Kings.

While Trevor Lewis is not solely responsible for “Frozen Fury” coming to Salt Lake City, he did have an integral part in growing the game in Utah. After winning the Stanley Cup in 2012 and 2014, Lewis brought the Stanley Cup to Salt Lake City, where he was seen hoisting the cup at a Utah football game in 2012, as well as at the State Capitol building during an event where thousands of locals gathered to see the greatest trophy in sports.

The game itself was not what made this event special, as many household names from both teams did not even suit up for the game. The atmosphere before, during, and after the game, however, made this event one to remember.

This was technically a Kings home game, as demonstrated by video cameos of Will Farrell, Snoop Dogg, Steve Carrell, and Eric Cartman all chanting “Go Kings Go!” Despite the Kings being listed as the home team, the crowd was split between Kings fans, Golden Knights fans, and hockey fans in general.

A significant portion of the Golden Knights fanbase, which has established itself as one of the most passionate in the NHL, made the relatively short trip to Salt Lake City, and they were vocal throughout the game.

The Kings were also well-represented, both by fans who made the trip from Los Angeles as well as many fans from California who have since moved to Utah, much to the dismay of locals. The crowd also saw a large number of hockey fans in general who don’t support either team, but enjoy the sport itself.

The event consisted of a fan fest before the game, including food trucks, photo-opts, and a beer garden. For one night, downtown Salt Lake City felt like Vancouver. People wearing hockey jerseys could be seen at restaurants, bars and riding electric scooters all throughout downtown both before and after the game.

Perhaps the most significant aspect of the event is that the “Frozen Fury” illustrated that Salt Lake City is one of the best hockey markets in the country for a city that does not have an NHL team. While not the most popular sport in the state, Utah does have a legitimate hockey following, as showcased by the sold-out crowd on Thursday, with the cheapest ticket on the resale market going for as high as $65, about as much as the average first-round Utah Jazz playoff game.

Overall, the event was a complete success. Only time will tell, but perhaps this event could encourage the NHL to look at Salt Lake City as a serious contender for an NHL franchise down the road. After all, the “Frozen Fury” was played in Las Vegas for years, and this undoubtedly played a role in the city landing an NHL team.