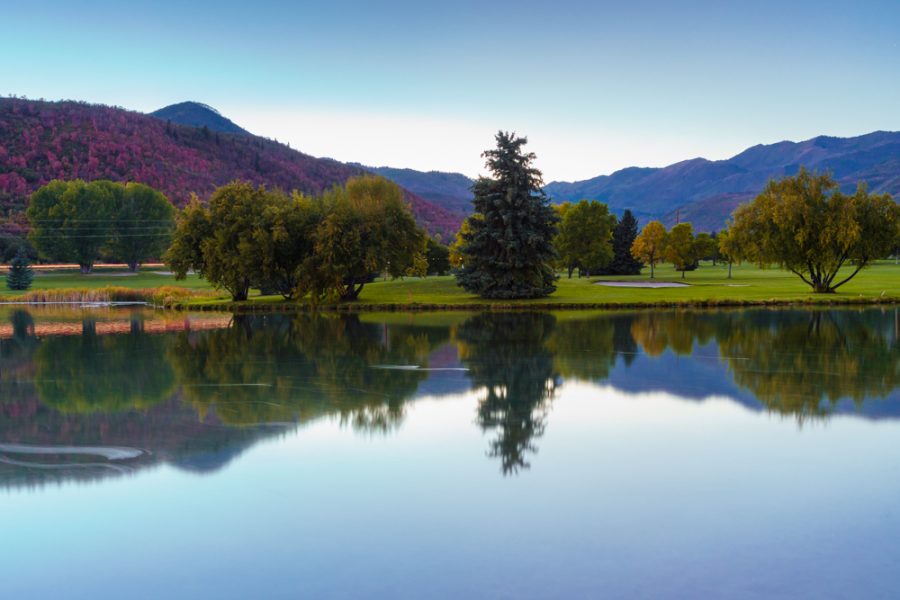 The magnificent view of the golf course at the Wasatch Mountain State Park during early fall colors in late September, 2020 (Photo by Abu Asib | The Daily Utah Chronicle)

Remember the name: Javier Barcos. The sophomore native of Estella, Spain led the University of Utah men’s golf team to a third place finish out of 14 teams at the Notre Dame Collegiate, a two-day golf tournament in South Bend on Monday and Tuesday.

In the process, Barcos set a new University of Utah record for lowest score on a 54-hole course. His 199 strokes earned him an 11 under par, good enough for not just a new school record, but also second overall in the tournament, which consisted of 80 players. Barcos was one stroke shy of tying University of Washington’s RJ Manke for first in the tournament.

Barcos’ record-setting performance should also not undermine the performance of Martin Leon. In just his second collegiate golf tournament, the freshman from Santiago, Chile shot five under par, with a total of 205 strokes, earning him an impressive tie for sixth place alongside Kent State’s Chris Vandette.

While a record-setting performance from Javier Barcos as well as a sixth-place outing from Martin Leon led the way, every one of the Utes’ five golfers did their part, with no golfer finishing lower than 44th out of 80. With no weak links, the Utes were able to do some damage on Monday and Tuesday.

Coming off a second-place finish in their last tournament, which saw the Utes finish with the third-best 54-hole team score in school history, the Utes continued their momentum into the Notre Dame Collegiate where they did some serious damage. As a whole, the team shot minus-10 on 830 strokes and ended up in third place.

Head coach Garrett Clegg believes the team had a legitimate shot to win the tournament, but just fell short. Despite this, he is proud of the start his team has gotten off to this season.

“The team played well,” Clegg said. “We had a great opportunity and just didn’t quite convert on enough putts to win the tournament, but we were right there and finishing third only five strokes back is a great tournament. I’m really thrilled with the way we’re playing and how we’re progressing.”

The Utes now hope to continue their momentum into the Oregon State Invitational next week. After taking second place in their first tournament and third in their second, perhaps the Utes are due for a tournament victory next weekend in Corvallis.