Utah Volleyball Falls to No. 16 UCLA 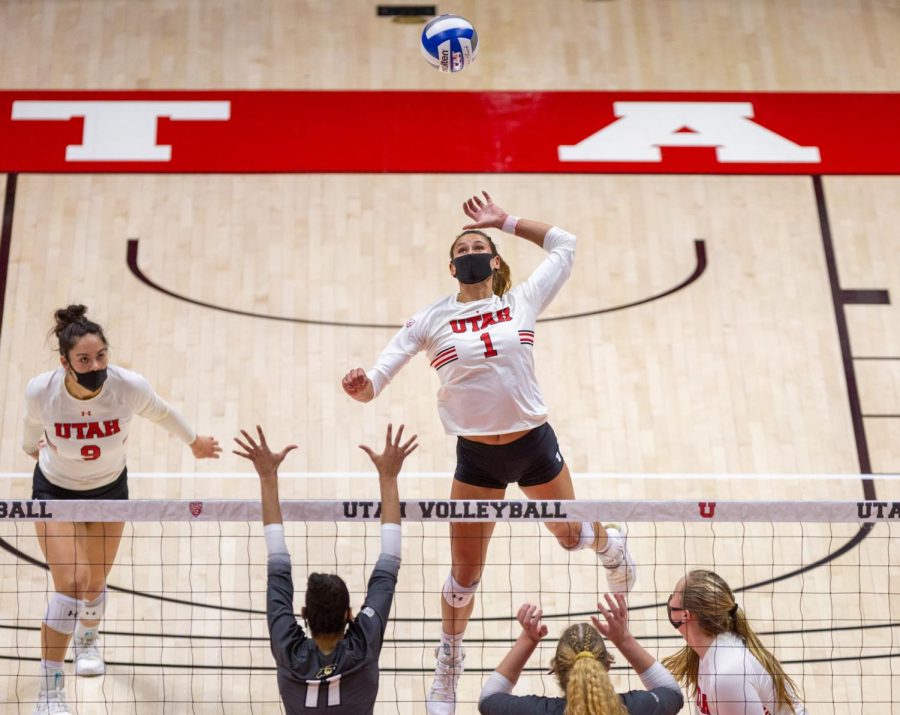 U of U Volleyball player, Dani Drews (#1), during the game against Colorado on Mar 21, 2021 at the Jon M. Huntsman Center on campus. (Photo by Tom Denton | The Daily Utah Chronicle)

The Utah volleyball team played No. 16 UCLA this Sunday. The match was lost in three close sets at Pauley Pavilion in Los Angeles.

The first set of the match was a nail biter until UCLA was up 18-11. The pressure was on as Dani Drews tried to stop the bleeding with a kill.

The Bruins did not let that stop their momentum as they had another lead of 21-13. The Utes kept battling as they fought off five set points. Zoe Weatherington had a kill, along with several kills made by Drews, and some errors by the Bruins led the Utes back in the set to be down by one point. After the comeback, the Bruins managed to finish off the set 25-23.

The Utes had trouble catching momentum in the second set until they had a two-point lead of 12-10. However the Bruins were on fire as they won nine points in a row where they found themselves up 21-13. Drews came up with another kill but that was not enough as UCLA won the second set 25-14.

In the third set, the Utes started off hot as they had a 9-5 lead. Amelia Van Der Werff and Drews both had great blocks to help the Utes achieve that lead. The Utes continued their lead as they were up 10-6 until the Bruins found their momentum and managed to turn the set around as they were up 20-15. Van Der Werff had a great block followed by a service ace by Kiley McMurtrey as they minimized UCLA’s lead to three points. However, the Bruins won the set 25-18.

At the end of the night, Drews had 16 kills. Weatherington and Madelyn Robinson both had eight kills. Stef Jankiewicz had 21 assists and seven digs throughout the night.