Why Utah Should Be an NHL Destination 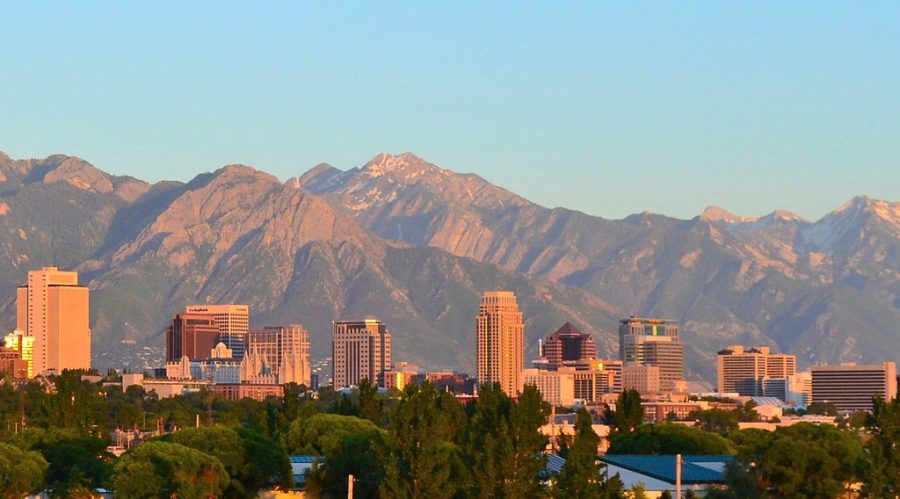 Salt Lake has been a two-professional-team town since Real Salt Lake joined MLS in 2005. Real was the first pro team to lay down roots in Utah since the Utah Jazz migrated from New Orleans to Salt Lake following the 1978-79 season.

When the NBA and Jazz announced in October 2020 that Ryan Smith had agreed to buy a majority stake in the team from longtime owner Gail Miller, speculation quickly turned to whether Smith might also purchase Real Salt Lake with current owner Dell Loy Hansen looking to sell.

As much as I enjoy an evening at Rio Tinto Stadium, I believe Smith, if he is interested in owning franchises in multiple leagues, would be better served focusing his attention on bringing a third pro team to the Beehive state.

With a booming population that has jumped in recent decades — the U.S. Census Bureau reports Utah’s population has increased from 2.1 million people in 2000 to 3.2 million in 2020 — I think it’s high time that Utah gets another pro team.

I’m not talking about the National Football League (not gonna happen because of Sundays) or Major League Baseball — I’m looking at the National Hockey League to set up shop right here in the Salt Lake Valley.

The NHL has seen its brand grow in recent years, with the addition of the Las Vegas Golden Knights prior to the 2017 season and the Seattle Kraken entering their inaugural year of hockey in the Emerald city. Though expansion is probably an unrealistic goal, I think the relocation of a current franchise could serve the league and the state of Utah well.

So what does Utah have to offer as incentive?

We’ve got stadiums. Vivint Arena and the Maverik Center (with some upgrades) could be ready to host an NHL team in the near future. With Salt Lake already making a pitch to have the Winter Olympics return in the next decade, arena improvements are already on the horizon.

We’ve got fans. If the Frozen Fury, a preseason game pitting the Las Vegas Golden Knights against the Los Angeles Kings last month is any indication, Salt Lake and Utah as a whole have more than enough hockey lovers for an immediate fan base with plenty of room to grow.

Some might ask if Utah would support a team over the course of a full season and 41 home games, but you need look no further than BYU or Utah football games and of course the Utah Jazz who have averaged more than 18,000 fans at home games every season but one since Vivint Arena opened in 1991. For each of my 37 years in this state, fans in Utah have always shown they will turn out in droves to support good teams.

Why would a current team seek a move to Salt Lake?

The NHL may have gotten a little trigger happy with some of their expansion in the U.S. According to ESPN, during the 2019-20 season there were a number of teams whose attendance figures were near or below 90% of capacity. During the same season, the Jazz sold-out each of their 35 regular season games.

There are a number of teams in warmer weather markets that simply don’t have a large enough fan base to support the NHL. The Tampa Bay Lightning are an outlier in this example, but the Carolina Hurricanes, Florida Panthers & Arizona Coyotes all struggle to find consistent success as a franchise or fill arenas.

In December 2020, Forbes reported that the average NHL team value fell by 2%, the first such decline in value since 2001. Add to that 14% revenue losses and operating income being down nearly 70% during the 2019-20 season, and you’ve got a recipe for owners exploring all options, including sale and relocation.

Concerning numbers no doubt, but is this a downward trend or an aberration due to the pandemic and other factors outside of the league’s hands? Certainly a guy like Smith who built his empire on analytics, or anybody else with the resources to shell out something in the neighborhood of the $650 million Kraken ownership paid for their team, has the resources to answer that question.

If the numbers check out and the fans get a team in Salt Lake, I’ll be the first in line for season tickets.