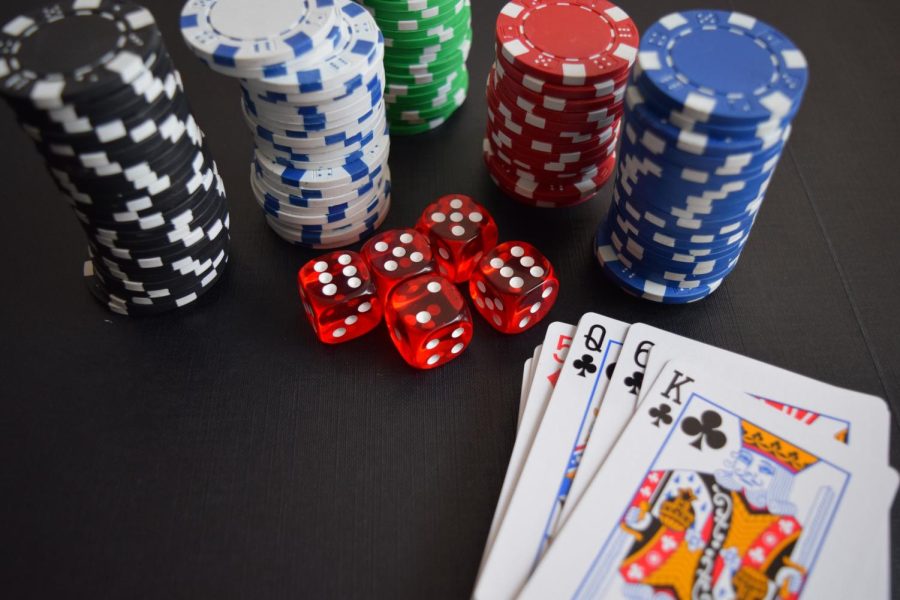 When I think of gambling, I think of the time I went to Las Vegas 10 years ago. I remember the smell of stale cigarettes and the casino floor filled with people anchored to the slot machines.

Gambling is increasingly common in Vegas and since that trip, I do my best to stay away from it. In our state, legislators frown upon gambling and its crippling effects of addiction and desperation. However, the hands-off governmental approach favored by Republicans and the desire for expansive social programs from Democrats show that gambling should be legal in Utah.

Utah has always discouraged gambling. Founders went as far as to include a clause in Utah’s Constitution banning “games of chance.” They did this for good reason. About a century ago, the gaming industry was filled with corruption and scandal. Whether it be sports games, political favors or otherwise, gambling seemed to cause problems wherever it was legal. But the days of deception, corruption and deceit in the gambling industry are, for the most part, behind us.

Replacing the political and athletic corruption has been the corruption of our brains. About 10 million Americans have a gambling addiction, and that’s with only two states having legalized casino-style gambling. This is likely the reason that Utah officials have described gambling as a “cancer to the community.” Utah legislators want to keep the harmful effects of gambling out of our state.  But the benefits that could come from legalized gambling may make the move to legalization worth it.

In one of my previous pieces, I noted how it is contradictory for Utah Republicans to preach about freedom of choice and self-determination, while also placing strict controls on the public’s access to alcohol. Since the founding of the state, the Utah state legislature has taken the same approach to gambling. Instead of the freedom to spend as one pleases, Utah does its best to restrict all forms of gambling.

According to many, gambling restrictions stem from our state’s LDS roots. The LDS church vocally opposes all government-sponsored gambling. With more than 80% of the Utah legislature identifying as LDS, it’s no wonder gambling is so strictly controlled. Party values such as “free enterprise” and “private initiative” go out the door when the church gets involved. So, Utah Republicans have two options: legalize gambling in accordance with their stated values or admit that the church overrides those values.

It’s no secret that the Democratic party in Utah is a minority in the state legislature and several localities. However, since the legalization of gambling would require a Utah constitutional amendment, their help would be necessary.

Due to the increasingly progressive nature of the Democratic party, both locally and nationally, it seems unlikely that they’d agree to legalized gambling. According to a study by the International Center for Responsible Gaming, African Americans are much more likely to develop gambling addictions, and it disproportionately affects those who are poor. Why would the Democratic party, as a self-proclaimed beacon for the poor and oppressed, sign on to the legalization of gambling?

Well, the legalization of gambling can bring about massive economic benefits. Nevada, for example, raked in over $600 million in gaming revenue in the fiscal year 2020. For reference, that’s over one-twentieth of Utah’s total tax revenue for 2020. That extra revenue, especially with Utah’s balanced budget requirement, would free up extra funds for further beneficial spending.

For example, Utah’s infamously low spending on education may be raised. Or maybe Utah could improve facilities for its growing homeless population. Democrats don’t have too much influence in Utah politics, but this would be a way to attain more spending.

With the legalization of gambling, there are ups and downs to consider. The aftereffects, consisting of addictions and corruption, can’t be ignored. However, especially with the economic benefits brought in through gaming, there are ways to mitigate those effects through treatment programs and enhanced education. In the end, Utah lawmakers on both aisles would fulfill the values they claim they hold, by either expanding funds for social programs or allowing citizens to freely spend their money.