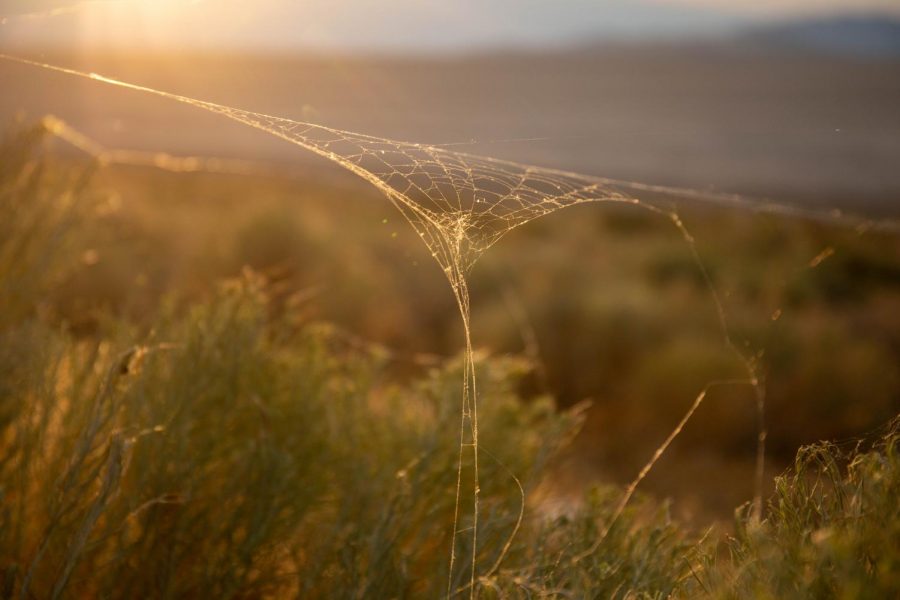 Spider webs stretch across sage brush and rabbit brush on either side of the causeway at Antelope Island State Park in Syracuse, Utah on July 27, 2021. (Photo by Gwen Christopherson | The Daily Utah Chronicle)

The Biden Administration is moving the headquarters of the Bureau of Land Management (BLM) back to Washington D.C. The decision was made in lieu of the Trump Administration’s controversial choice to move the bureau’s headquarters to Grand Junction, Colorado.

The controversy stemmed from the speculation that the move was made due to electoral politics. This assertion is false; the BLM in D.C. grew far too detached from the 99% of the lands and programs they manage, which exist in the western United States.

Before this move by the Trump administration, the BLM leadership made many managerial decisions based on photos, not by seeing the land firsthand. Moving the BLM Headquarters back to Washington D.C. further disconnects the bureau from the land it manages and will centralize bureaucratic power back in Washington D.C.

Interior Secretary Deb Haaland said having the BLM headquartered in Washington D.C. will “ensure that it has access to the policy, budget and decision-making levers to best carry out its mission.” But the concerns raised by Secretary Haaland that prompted the decision to move the bureau’s headquarters are questionable.

The bureau still had a robust presence in D.C. with 60 positions. This presence in D.C. gave BLM the access it needed. What was left were the people who decided what occurs on the land. Furthermore, Secretary Haaland said the Grand Junction office will “expand as the bureau’s official western headquarters.” This plan, as Congressman Bruce Westerman points out, “will layer bureaucracies, further confusing and complicating an already confused and complicated agency.”

In the Interior Department’s announcement of the BLM headquarters, the “loss of institutional memory and talent” was cited as a consequence of Trump’s move. Only 41 of the BLM’s D.C.-based employees agreed to relocate, with three moving to the new headquarters. While this may be viewed negatively by some, recruiting within these communities helped remedy this.

Sen. Mitt Romney correctly said that “public lands are best managed by communities closest to them — not D.C.” While the loss of talent within the department is lamentable, the rehiring that occurred helped create a bureau leadership made up of those who live close to the lands managed by BLM.

Given that 99% of the lands and programs managed by BLM and 97% of BLM employees are in the western U.S., we should listen to what western communities want.

In a statement to the Salt Lake Tribune, Congressman John Curtis said the Biden administration’s decision to move the BLM headquarters back to Washington D.C. “gives the power back to those with the most wealth and access.” Furthermore, this move takes power away from “the people actually affected by the Bureau.”

Gov. Spencer Cox echoed this sentiment in a remark on social media, saying it is crucial for BLM leadership to “interact with the people whose lives are directly impacted by their decisions” and stated he is “profoundly disappointed” with the decision.

In contrast, 11 D.C.-area Congress members with a consolidated total of 2,500 acres of affected land in their districts fought to keep the BLM anchored in Washington D.C. during the original move to Grand Junction. It is clear that the elected officials with constituents in areas with the most BLM land support a Western-based BLM. D.C.-area elected officials should take a step back and accept the guidance of officials with a more significant stake in the issue.

The BLM is a massive bureaucratic machine with many responsibilities. Public lands managed by the bureau deserve direct attention from the leaders of the BLM. This assertion is maintained by elected officials who represent communities in the West, while a coalition of politicians with an accumulated 2,500 acres of BLM land in their district does not.

This issue on its face is quite simple; we must concentrate on what is in the best interest of our public lands and communities around them, not Washington D.C. bureaucrats. The BLM headquarters must remain in the West, where it belongs.