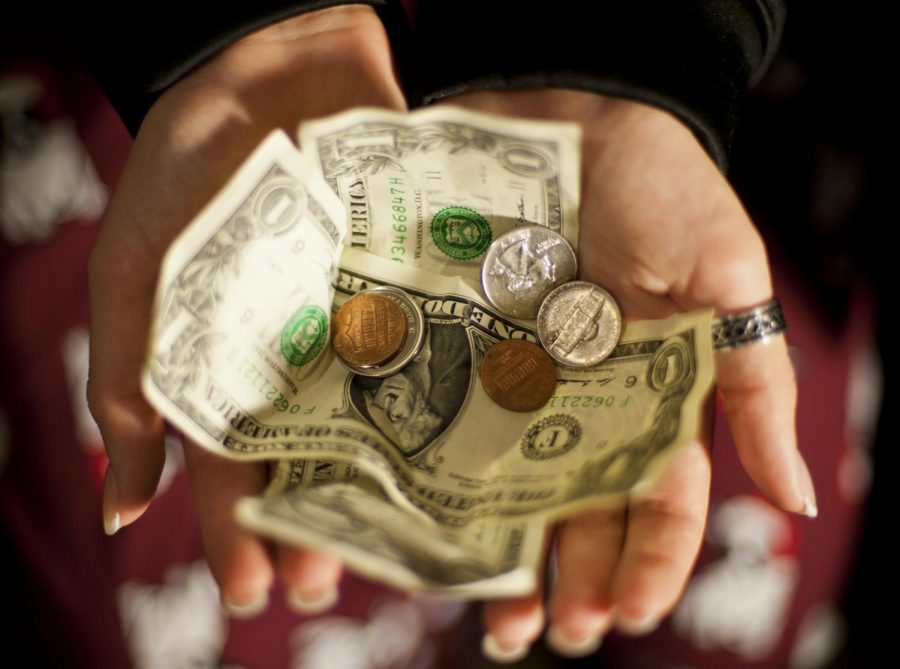 Years before my passion for environmental studies blossomed, I came across the “Story of Stuff” documentary. In this short exposé of the consumer industry, Annie Leonard, now co-Executive Director of Greenpeace USA, paints a cohesive picture of a reality largely hidden from our view.

Viewing this documentary greatly challenged my worldview at the time. As someone that grew up poor, overconsumption was not attainable for me. I used to envy those that had the means to buy whatever they wanted. However, Leonard opened my eyes to a harsh reality.

Consumerism, as it stands, is a “system in crisis.” While consumption remains a linear system, we live on a finite planet. And despite what I thought, I wouldn’t achieve happiness solely by earning more money to buy extravagant goods.

When we have access, we are taught to consume in excess. Meanwhile, many struggle to meet basic human needs. Our society prioritizes materialist values that don’t equate to happiness or human connection.

We must stop protecting our consumerist economy as it has decreased our overall well-being, made waste intrinsic and created an unattainable expectation of how much stuff we need to be happy.

Here in America, the plague of overconsumption is extreme. As of 2019, the average American produces about 1,704 pounds of garbage per year — about three times greater than the global average. If everyone consumed at this rate, it would take roughly five earths to support the human population.

Of the total amount of global waste, 46% is disposed of unsustainably, ending up in landfills, incinerators, oceans or some disenfranchised community.

The pressure to consume surrounds us constantly. Most Americans get exposed to around 4,000 to 10,000 advertisements each day. These ads relentlessly bombard us with images of what we lack and false messaging that buying more will fulfill our desires.

Worldwide, consumerism has dominated the global economy. Three-quarters of the top 200 economic entities are corporations, not countries. And of the materials that do flow through North America, 99% get discarded within six months of purchase. In the rare cases where material is reused, it goes through a deeply flawed recycling industry.

So, how did consumption become the principal feature of our economy? After all, we weren’t always consuming as much as we currently do. The average person in the U.S. today consumes twice as much as we did 50 years ago.

Consumerism’s explosion can be traced back to post-depression times when increased spending power proved profitable for revamping the economy.

The Eisenhower administration’s chief economic advisor saw the potential of this kind of growth, redefining the American economy as something that’s “ultimate purpose is to produce more consumer goods.” The government leaned into this technique, embracing consumerism as the new keystone of our economy.

Buying more goods led to a massive upsurge in GDP, so it was seen as a cure-all way to ensure perpetual growth. Add this to the growing influence of corporations in politics and overconsumption became inevitable. But again, this growth was only viewed through an economic lens and is unsustainable.

We’ve made consumerism our “ultimate purpose,” above values like happiness or well-being. In the “Story of Stuff” documentary, Leonard explained that not so coincidentally, our “national happiness peaked in the 1950s — the same time that this consumption mania exploded.” Statistic after statistic shows that the more we fuel this mania, the more miserable we become.

Factors that have little impact on happiness and life satisfaction are social class, income and intelligence, whereas gratitude, optimism, friendships, partnerships, employment, time spent outdoors and self-esteem all have moderate to large positive correlations with happiness.

So instead of circulating our money into businesses to further increase consumption, we should focus more on preserving recreational spaces, directing funds to those that lack basic necessities and removing the corporate grasp on government.

While our societal constructs are built around the false idea that overconsumption is positive, our legal structure does nothing to prohibit this perspective. Currently, there are no national laws that prohibit planned obsolescence in the U.S. Planned obsolescence is a practice of industries where consumer goods are purposefully designed to become “rapidly obsolete” and therefore require frequent replacing.

In the tech industry, gadgets are specifically designed to have short lifespans to maximize profits. Planned obsolescence is a sinister form of deception and it deserves to be a punishable offense. It wastes the potential of materials that could go towards greater purposes, providing happiness and resources to those in need.

In tandem with this obscenity comes perceived obsolescence, which has a larger influence on our self-view and social hierarchy. This type of obsolescence occurs when we are “persuaded into replacing an item before the old one has lost its functionality.” We see this all the time as societal pressures and fads tell us we need to purchase the newest, most desirable items. This practice contributes to vanity structures, which make many people feel outcast from the larger collective.

Collapsing this view requires a multi-faceted approach focusing on environmental activism, social awareness and political and economic activism on small and large scales. The more conscientious we become, the greater influence we will have on the creation of a circular economy — one not rooted in unsustainable, linear consumption practices.

Doing so would improve the quality of our relationship with the world and make the “participation in life” that causes happiness more available to the masses.

What kind of standards are we upholding for the quality of our lives when we operate within a consumer-centered reality? Being aware of how this negatively influences our well-being is essential in combating increasingly common feelings of unhappiness and unfulfillment.

Overconsumption alone does not equal happiness, and it’s time we stop disillusioning ourselves to believe that it does.