Dining On Campus: Early Closing Hours and Self Service 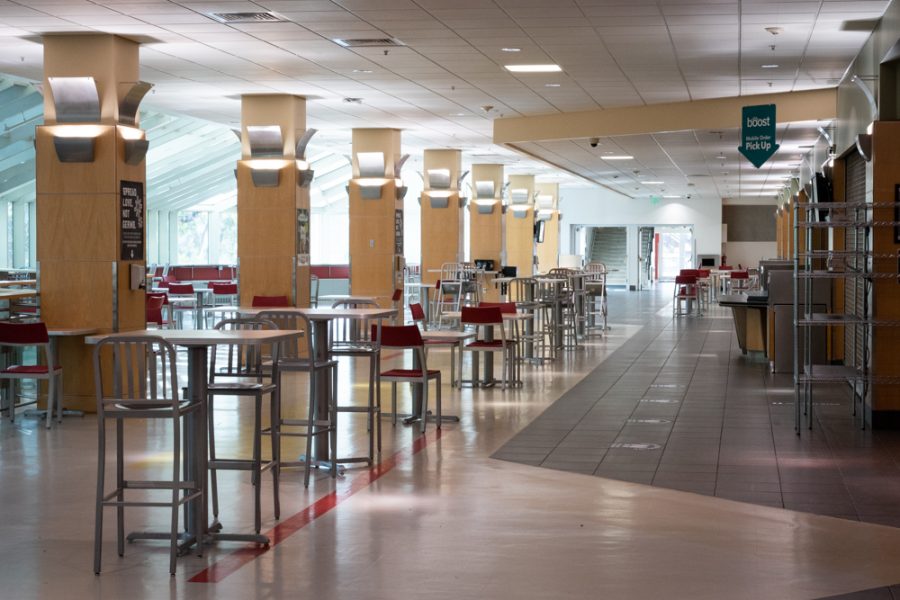 In the 2021 fall semester, as many students returned to campus, they also returned to the A. Ray Olpin Student Union, causing the Union Food Court to have most tables filled and lines for food that stretch almost out the doors.

The closing time of the Union Food Court, which is 2:30 p.m., has left University of Utah students like Gwen Cho with fewer options for food on campus.

“I often visit the Union to have meals on Tuesdays and Thursdays,” Cho said. “My friends and I usually have lunch at the Union food court when our first class is over, but when afternoon classes are over or after 4 p.m., most dining services, including the Union, are closed.”

“There are restaurants outside the campus like Indochine, Subway and B&D burger, but it takes quite a while to walk from the academy building,” Cho said. “Gardner Commons offers a variety of food, but during lunchtime, there is a long waiting time like the Union, and it is also closes before 4 p.m.”

As a student who frequently stays late in the library, Cho said the U needs more self-service or vending machines to get food — and not just snacks — even at late hours.

The Panda Express in the Union Food Court has extended its operating hours to 6 p.m. from Monday to Thursday and 5 p.m. on Friday, though at the start of the semester it closed at 3 p.m. with the rest of the food court.

Thea Evans, district marketing manager at U Dining Services, said there are options for students and workers that are open late. Some of these include Miller Cafe, the Honors Market and Crimson Corner, which have grab-and-go options until 10 p.m., and the Market Pantry offers similar services till 12 a.m. According to Evans, U dining services currently has a self-service option called the Hive Express that is open until 7 p.m.

Regarding vending, Evans said they are currently in the process of exploring more options for food vending on campus.

“Our hours of operation are based on population and participation and re-evaluated each semester/year,” Evans said. “We do a detailed study to make sure we have options available for the campus community.”

Branden Dalley, associate director of operations and director of development at the Union Administrator Office, said that the Union wants students to know the Union is always open to change and adapt.

“We’re consistently looking at patterns and looking at data that can inform future decisions for starting to show that more and more students are wanting to eat at a late hour,” Dalley said.

Evans said they are always welcoming feedback to improve services on campus. Students can submit feedback online on the dining service’s website.

“The Union is trying to find ways to constantly attract students back to the union in those later hours,” Dalley said. “It makes a strong argument for us to be open later, with all of our services including food service.”