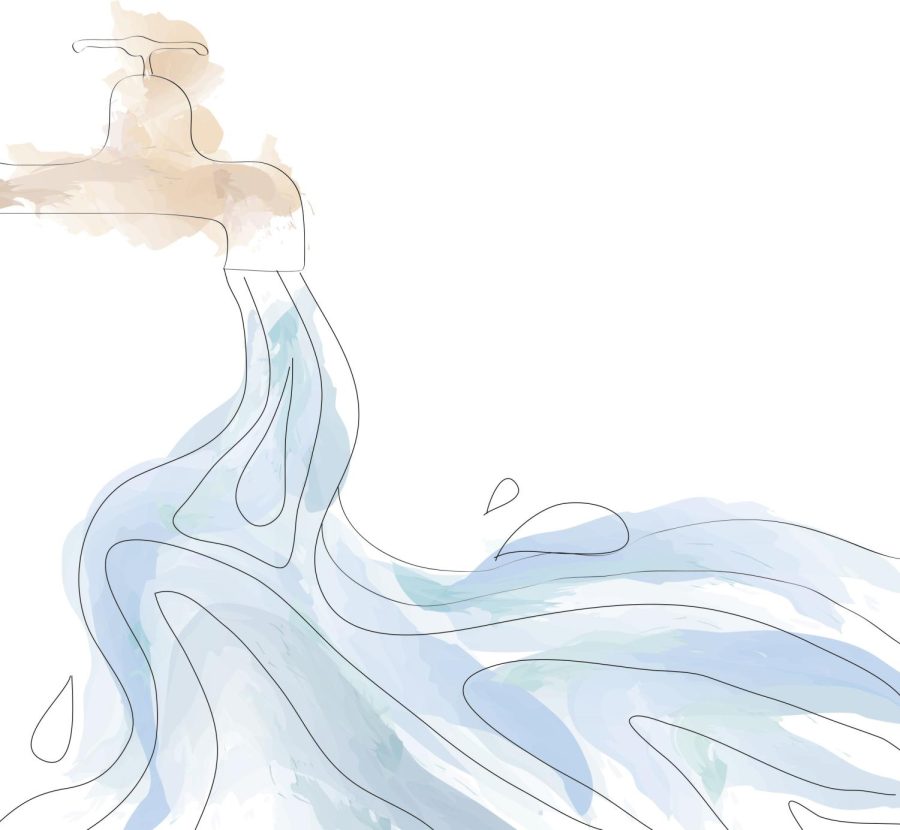 Utah has been in droughts on and off for years. However, “the most intense period of drought occurred the week of January 19, 2021, where D4 affected 69.99% of Utah land,” according to the National Integrated Drought Information System. The U.S. Drought Monitor describes a D4 drought as having the following historically observed impacts: increased fire restrictions and decreased irrigation water allotments.

“A dry April was followed by an even drier May, with less than one-half-inch of precipitation accumulated in valley locations. Record summer temperatures haven’t helped,” said the Utah Division of Water Resources. However, monsoons in 2021 moistened the soil and lowered system demand as people followed statewide encouragements to shut off their sprinklers.

Many Utahns felt the effects of this drought but helped prevent extreme fires, according to Fire Captain Anthony Burton of the Salt Lake City Fire Department.

“We thank the public for their support and their trust,” he said.

No matter where members of the public stood politically, Burton said he saw the way they trusted and listened to the fire department, and it changed how Salt Lake City was able to manage the drought.

The community cooperated by using fewer fireworks, which led to fewer fires. According to Burton, their assistance also led to fewer injuries and zero fatalities. He explained that the fire department was able to send fire fighters to Oregon, Montana and more because Utah’s need was not as large as theirs.

“With climate change progressing every year, the temperatures have been much higher, drying up the ecosystem,” said freshman environment and sustainability student Lucy Auernig. “This cycle gets worse and worse because we lose that water in the lakes in the summer, causing less snow to fall in the winter.”

The Utah Division of Water Resources also explains “Thirty-two of Utah’s largest 42 reservoirs are below 55% of available capacity … Overall statewide storage is 47% of capacity.” This can be a concern because “this time last year, reservoirs were about 67% of capacity,” and without it, the recovery from the drought could take years.

With this increased drought period and possibly less snow this winter, Burton had suggestions to continue preventing fires in Salt Lake City because of the drought.

“The biggest thing: talk to your neighbors and communicate,” Burton said. “Spreading the word throughout the community helps reduce water use throughout the year.”

Burton also said it was helpful for community members to use drought-resistant seeds to help grow grass and plants that need less water to live. He said it is important to stay mindful that all of Salt Lake’s water comes from the watershed, so the community needs to protect it.

Calling in fires as soon as possible is another thing community members can do to help with the ongoing drought.

“I think if we as a community use less water in our homes and yards we can sustain an okay amount of water,” Auernig said.

The first step to prepare for drought protection and fire reduction, according to Burton, was getting accurate information from subject matter experts. The moment they knew conditions were worsening, Burton said they put in place steps to protect the community, the watershed and the fire fighters.

One big change the Salt Lake City community made to help prevent fires, besides saving water, was the reduction and restriction of open burning. Burton also said there was a huge reduction of reworks over holidays such as the Fourth of July, Memorial Day and Labor Day.

According to Burton, Salt Lake City has not had large fires even with the drought because of these community prevention efforts. He said that while there have been quite a few brush fires that light quickly and spread rapidly, they are able to put them out relatively fast.

Utah Division of Water Resources states “With 60% of residential water used outdoors, look for ways to improve your outdoor watering efficiency.” They said to water less by prioritizing trees, shrubs, perennials and annuals before grass. For taller grasses, community members should raise their mower to three to four inches due to their deeper roots.

They also encourage Salt Lake City residents to check with their local water providers for restrictions in their area.

As the leaves change and the temperatures drop for autumn in Utah, Burton said it is important to continue efforts to reduce water use. Other activities that may lead to fires still need to be prevented.

Even though the heat is leaving, the drought is not.