Students Discouraged From Applying to the U Due to TOEFL Confusion 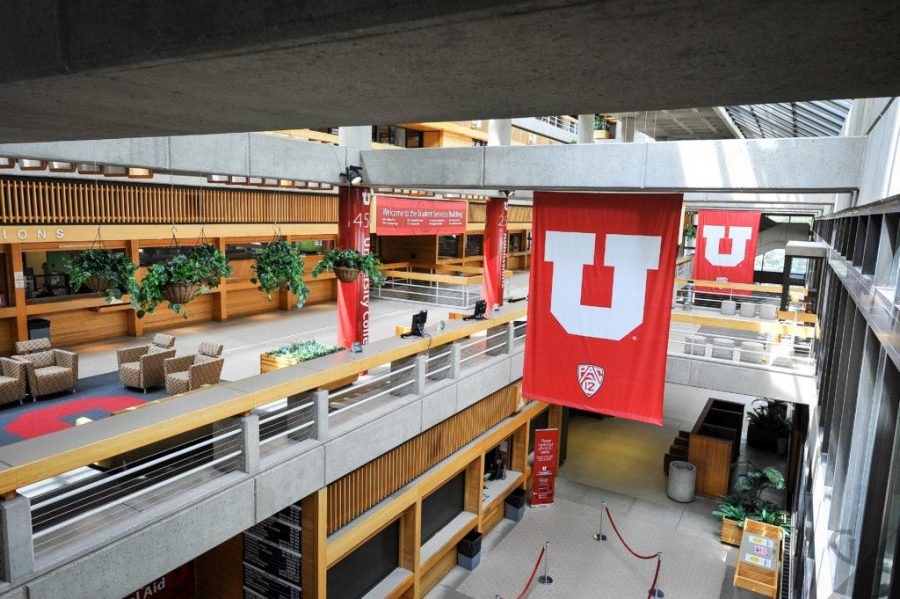 The Student Services Building on the University of Utah Campus, where many advising appointments are held. Chronicle archives.

When Yunha Hwang began the application process to attend the University of Utah, she was prepared to submit ACT scores, high school transcripts and Advanced Placement and International Baccalaureate credits. What she didn’t expect was for her English proficiency to be questioned.

Hwang was born in South Korea, but had been living in the U.S. with her family for years. She attended all of middle school and high school in the U.S., where she scored a perfect 36 on the ACT and took AP and IB English courses. She was taken aback when her application to the U was halted due to not including proof of English proficiency.

Even after emailing the Office of Admissions back, asking why she was required to submit an English proficiency score, Hwang was dismissed.

Hwang isn’t the only student who has experienced this frustration either. Both of her younger siblings moved to the U.S. at a young age like she did, but both were asked to submit a TOEFL score when applying to the U.

Hwang nearly gave up on applying to the U after emailing back and forth with the Office of Admission and Office of International Students several times and getting nowhere.

After several confusing dead ends, her TOEFL requirement was waived and she was able to apply to the U. It is unclear how many other students have faced this hurdle.

The TOEFL exam is three hours long, not including travel time or check-in time, and can cost more than $200 to register to take. It can cost even more if a quick test result is required, since late fees can be incurred. These factors combine to make the TOEFL an inconvenient test, especially for someone who is already clearly proficient in English and has been for years.

According to the U’s Office of Admissions, if a freshman applicant to the university has an ACT English section score of 18 or higher, international student or not, they will not need to provide another proof of English proficiency.

In Hwang’s situation, the ACT score did not apply as she scored well above the minimum of 18. The U does not require the TOEFL if the applicant is a permanent resident of the U.S for five years or longer, a requirement for which Hwang also met.

According to John Marfield, the Director of Admissions at the U, “If you’ve been a permanent resident [of the U.S.] for five years, you don’t need to submit any language proficiency tests.”

When asked if any applicants had experienced confusion and therefore delays to their applications due to the TOEFL being required, Dr. Marfield stated that there has been “no major confusion” so far with English proficiency requirements for undergraduate applicants.

Although Hwang was able to work through the confusion and frustration of being required to submit a TOEFL score to the U, it could have prevented her from completing her application entirely. The delay in an application also has the potential to affect scholarship offers or housing applications.

Due to this issue with the TOEFL exam, Hwang and her younger siblings all found it frustrating to apply to the U, and all three ended up attending Brigham Young University.

According to Hwang, if the application process had not been so confusing, she and her siblings may have attended the U.