Artivism for Earth: Behind the Collaborative Climate Project 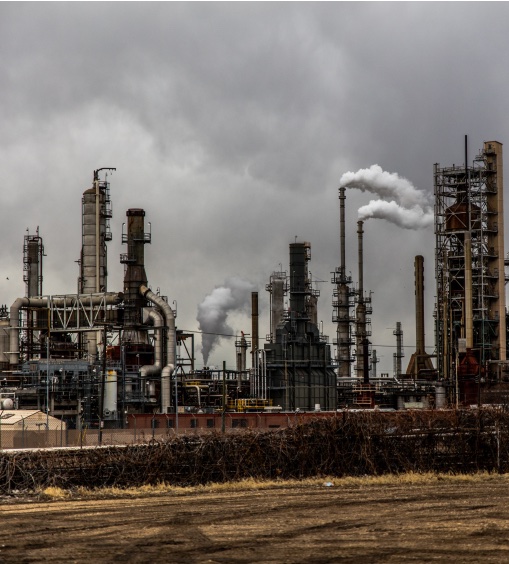 The news of climate change’s effects on our planet is depressing, dare I say numbing. Caught in worrying about things I can’t control, it can be difficult to care about climate activism unless it connects to something more accessible. Enter Artivism for Earth, a collaborative project aimed at using performance pieces to interpret climate data in a new way, and set an example for connecting with society to these issues.
Collaborative by Design
This collaboration began with School of Music faculty Hasse Borup and Elisabet Curbelo as a way to bring researchers, artists and experts into one project. “What we wanted to explore,” Borup said, “was the space between art and science that incorporated the emotional aspect.”

In their initial meeting, just before the COVID-19 lockdowns, the idea was to hold a day of in-person events during the week of the 2020 Vice Presidential debate to help “force a dialogue” on our campus and in our country around sustainability. Borup adds that there was some hesitancy in beginning such a project — would it be worthwhile or well-received? “[The scientists] felt as though they kept bringing the data forward, but people kept tuning out the information,” Borup said.

Katharine Coles was one of the collaborators sought out by Borup for her poetry. A self-described “accidental Nature writer,” in our conversation, she talked about the inspiration she gleans from the natural landscapes here in Utah, and how it plays a role in her poetry.

I asked her about that initial meeting, around a table of composers, authors, scientists, and she told me she chimed in, saying “People have all the information that they need … What we need is to help people to get into touch with their emotional relationship with this issue.” The inundation of constant climate worry is tuning out audiences. “How do we get them to understand that they care?” Coles said.
Connecting with a Sense of Care
With an initial release on April 22, 2021 — Earth Day — the Artivism for Earth website was flooded with performance pieces, new compositions, collaborative engagements and extensive research under one title — “Artivism for Earth: Expressions of Loss and Hope.”

The 90-minute piece opens with an introduction from former U President Ruth Watkins before launching into the premiere of its immersive pieces, including a composition incorporating the sound of melting glaciers, visuals of rising sea levels, Native American hoop dance, including Coles’ commissioned poem “Whale Fall,” a featured composition for an unchanged male voice over sounds of crashing waves.

The virtual project was obviously different from the pre-pandemic concepts, but Borup and Curbelo’s pivot to fully online programming has allowed the works to maintain a longer life than a series of in-person performances. Each piece is subdivided into a separate page where you can engage with the artist’s vision and scientists’ research behind the composition. “It’s artistic expression with a detailed database behind it,” Borup said, and he’s correct.

Borup cites student work as one of the biggest surprises and successes of the collaboration — the interdisciplinary piece “Hour of Decision: A Cycle of Four Elements” features graduate students from the fine arts and humanities in four individual immersive, audiovisual pieces on the classical elements of earth, air, fire and water.
The Context of Catastrophe
Borup estimates that only 30% of the projects or concepts brought to the table became a part of “Expressions of Loss and Hope.” “Innovation and creation is a messy process … it could end up that nothing comes of it, but you learned something in the process,” Borup said. He talks about art the way he talks about environmental concerns — that our failures are just as important as our successes.

Artivism for Earth is still an ongoing project, and one with ties across the country — Borup calls my attention to “Doubt,” a composition from Harvard researchers about climate change denial. “None of us had to do this, which meant that the people involved did this for an idealistic reason bigger than any of us,” he said. “In starting a project, we created a movement.”

Coles explains her reasons for saying “yes” to the project — curiosity and communication. “It’s no longer possible for any of us to write anything without understanding that we’re doing so in the context of an environmental catastrophe,” she said.

As the body of climate science grows, the database beneath the works in “Expressions of Hope and Loss” continues expanding, making the project a sort of informational and emotional library for climate change. We’re all a part of this project and the many conversations around environmentalism, be they artistic, scientific or both.

“Expressions of Hope and Loss” can be viewed at Artivism4Earth.Squarespace.com where you submit suggestions for upcoming pieces, contribute to the Video Mosaic and follow the latest news on the ongoing project.