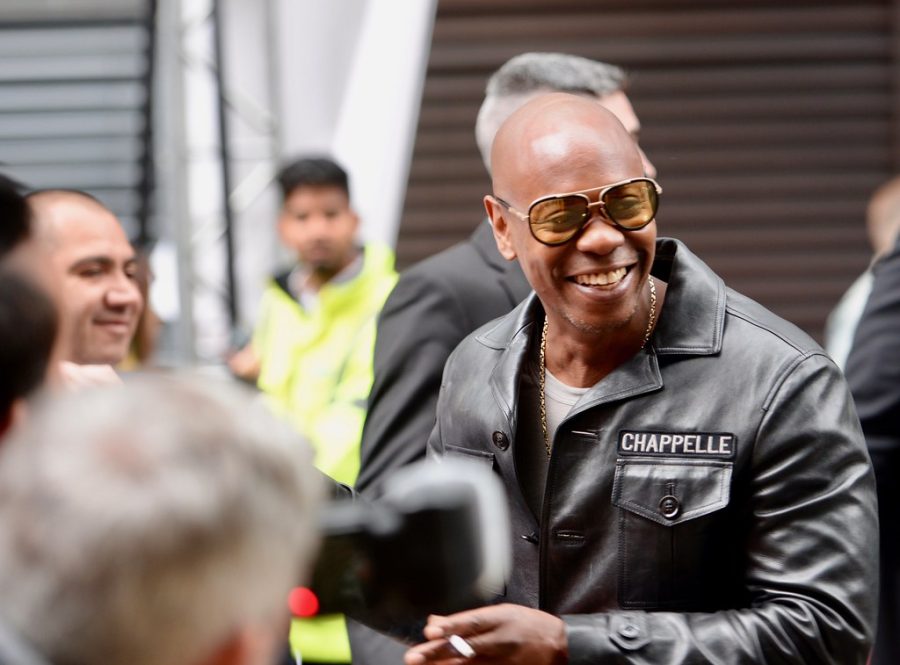 Early in October, Netflix released a comedy special by Dave Chappelle, titled “The Closer,” which garnered controversy and intense backlash from the LGBTQ+ community.

In the special, Chappelle makes several transphobic comments and voices his support for J.K. Rowling and DaBaby, both of whom have criticized the LGBTQ+ community.

Following the special, outraged Netflix employees staged a walkout in protest of Chappelle’s comments. Yet Netflix doubled down on their endorsement of the transphobic material and punished employees for speaking out.

The streaming company offers content highlighting the experiences of queer people in support of the LGBTQ+ community. However, their support for “The Closer” exhibits textbook tokenism, as they profit off of certain identities and later harm those same individuals or groups. Netflix should remove these problematic pieces of content and hire more LGBTQ+ individuals on their executive boards to ensure content like “The Closer” never appears again.
Harmful Rhetoric
To understand the gravity of Netflix’s stance, audiences must recognize the harm Chappelle’s comments caused. Throughout the special, Chappelle references his friend Daphne Dorman, a transgender woman and comedian who committed suicide. While he claims to have cherished her friendship, he misgenders her as a punchline and minimizes her trans identity.

He not only dehumanizes Dorman, but the entire trans community when he utilizes trans-exclusionary radical feminism, calling himself “Team TERF.” He also states that gender is a “fact” and spews other offensive comments, even downgrading the identity of trans women as “not-real-women.”

The special was especially grievous for Rose Moody, a trans student at the University of Utah. While she initially had no interest in the special, Twitter convinced her to check it out. She explained how watching the special made her feel “very gross” and how “shocking” the comments were. She found it even scarier after seeing people defend the special, and now she fears for her safety.

“There’s a stark difference between making a joke that’s harmless and inferring horrible things about people … it’s not really Dave’s place to make jokes about the trans community,” she said.

One particularly horrific comment was Chappelle’s comparison of Dorman’s genitalia to Beyond Meat, the vegan meat-substitute, and how he believed his friend Daphne “would have loved that joke.”

“How selfish is it,” Moody said, “to bring [Daphne] up in some sort of self-defense after you spout horrible things about that person’s community?”
Profit Over People
Chappelle has made controversial jokes and comments in the past about the LGBTQ+ community. So why do we still give platforms to people promoting hateful and offensive speech, whether they are jokes or not?

Kim Hackford-Peer, a professor of Queer Representation in Media at the U, explained why. In the special, she notes how the audience acted as a “visual reminder of how much [his fans] liked what he was saying.” Platforms like Netflix will gladly capitalize off of this type of content because profits and publicity outweigh the consequences.

Netflix’s defense of the special aligns with anti-LGBTQ+ sentiments and promotes the usage of anti-trans ideologies. Choosing to punish employees for speaking out against Chappelle also reinforced Netflix’s role in suppressing the LGBTQ+ community. Netflix has no reservations about harming the LGBTQ+ community, as long as their pockets are lined.

In an attempt to boost PR, Netflix’s LGBTQ+ storytelling account posted the message “sorry we haven’t been posting, this week […] sucks” to evoke sympathy amid the scandal. However, Netflix has absolutely no business promoting queer content and then ignoring the concerns of its queer employees. They’ve revealed where their priorities lie as a corporation, clearly demonstrating their loyalty to profit.

Professor Hackford-Peer explains that “the danger [of the special] lies in the people who watch it … who could be convinced that [Chappelle’s] way of showing appreciation for the queer community, for trans people, is an appropriate way to do that.” If Netflix cared about their image and relationship with the LGBTQ+ community, they wouldn’t promote dangerous content like “The Closer.” And they certainly wouldn’t punish their LGBTQ+ employees for speaking out.
Our Power as Consumers
Most baffling, it seems as though no one thought about the consequences of “The Closer.” Throughout all the review processes and approval meetings of Chappelle’s special, how could no one have believed that Chappelle’s comments could be harmful? Clearly no LGBTQ+ employees reside on these executive producing boards, or at least, they can’t stop production on content like “The Closer.”

Our responsibilities as consumers consist of keeping a corporation’s views and practices in check. We can do this by raising awareness and deepening our understanding of what constitutes entertainment and what constitutes hate speech. More conversations about the impact of Netflix’s endorsement of hateful material can pave the way for more consumers to be heard. In turn, perhaps Netflix will recognize the harm they have caused in supporting “The Closer” and similar projects in the first place.

Corporations need to stop profiting off of diverse groups and only supporting their causes when it benefits them. To eliminate support for people, platforms and corporations that push dangerous ideas against individuals and communities, consumers need to utilize their power in making real change. Until that happens, content like “The Closer” will continue to get produced and threaten people and their experiences.