Buening: What You Need to Know About COP26 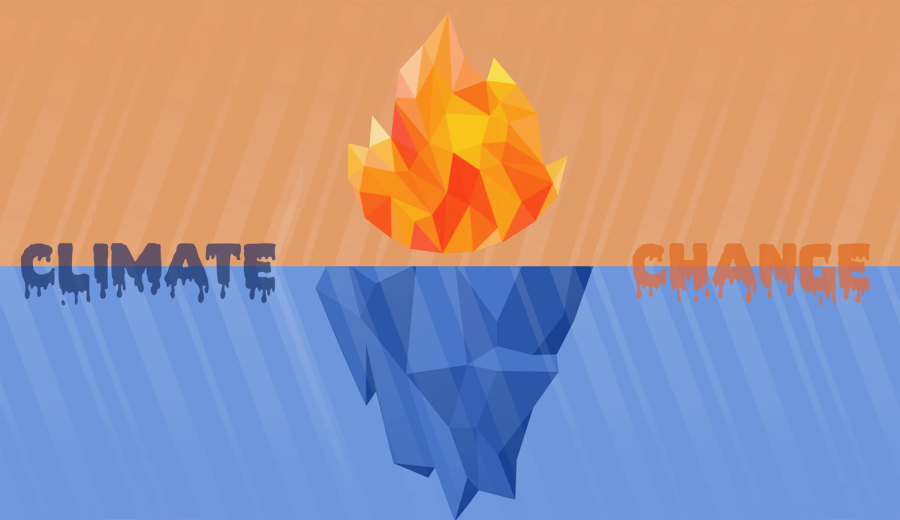 In 1995, the first Conference of the Parties (COP) was held. Since then, world leaders have gathered to collaborate on solutions to the climate crisis. The 26th United Nations Climate Change Conference (COP26), hosted in Glasgow, Scotland, ended in mid-November. COP26 stood apart from its predecessors because of this decade’s unique urgency. Because human activity has already resulted in a 1.1 degree Celsius increase in global temperature, COP26 may have been our “last chance” at limiting warming to the 1.5 degree threshold established by The Paris Agreement during COP21.

But COP26 didn’t live up to its expectations. Although it achieved incremental progress and arranged for new, more sustainable pledges from governments, conference leaders failed to go far enough. The summit excluded its most important voices, failed to hold polluters properly accountable and provided few tangible action plans. As a result of these inadequacies, the world is heading toward a projected 2.4 degrees of warming.
What Was Accomplished?
Although vastly inadequate, COP26 resulted in some steps in the right direction. Collin Rees, the U.S. Program Manager for Oil Change International and eighth consecutive COP attendee noted that COP26 focused more on loss and damages than in previous years. Climate Reparations are a critical step in recognizing climate change as a present issue, not just a future inevitability.

Shockingly, COP26 was the first COP to directly acknowledge fossil fuels. In an interview with The Daily Utah Chronicle, Rees stated that “fossil fuels as a phrase” had “never been mentioned in final decision texts” before. Basically, COP26 achieved the bare minimum. However, notably, a public finance commitment pledged 40 countries and major development banks to “end public finance for oil, gas and coal by the end of next year.”

An alliance of countries also committed to stop exploring or permitting any new fossil fuel projects. The diplomatic initiative presented a remarkable example of the kind of tangible, near-term commitments we desperately need to reduce warming. Naturally, major polluters like the U.S. omitted the alliance. We did enter into the Glasgow Climate Pact, aimed at phasing down fossil fuel subsidies and increasing financial support for developing countries through a Climate Adaptation Fund. Developed countries pledged $356 million. Although these contributions surpassed records, they still don’t reflect estimated climate needs or the disproportionate role of the first world in the creation of this problem.

One of the most severe limitations of these accomplishments is that they aren’t legally binding. Therefore, countries can fail to meet standards without repercussions. In the past, we’ve seen how this mistake aids climate inaction. For instance, the developed world pledged $100 billion a year by 2020 to help developing countries back in 2009 — a promise that remains unfulfilled. Likewise, the Paris Agreement had “few legal teeth,” despite being described as “legally binding.” And, during the Trump administration, the U.S. easily withdrew from it.
Most Exclusionary Conference
COVID-19 restrictions, unaffordable accommodations and virtual inaccessibility restricted participation from nearly one-third of the Global South. Rees stated that climate talks as a whole “continue to be an extremely inequitable space.” In COP26, he said, we ended up with a “COP that was more white, more Global North, more rich-country focused than ever before.”

The most impacted people were excluded and polluters took center stage. More than 500 fossil fuel representatives attended in efforts to undermine aggressive action. Some of the worst polluters in the world drove negotiation blocs while civil society groups had to make their voices heard through demonstrations and powerful protests on the outside. Having fossil fuels participate in climate talks is like letting the tobacco industry run the World Health Organization’s international negotiations. Wherever big oil executives go, greenwashing follows. Fittingly, climate activist Greta Thunberg described the event as a “Global North greenwash festival.”

The priorities of the conference blatantly reflected big oil interests. For instance, conversations boiled down to the phasing down of coal, which is used predominantly by developing nations. While we cannot allow for coal expansion, first-world influences used the issue to deflect from their own oil and gas divestments. Rees said “the fact that we’re focusing only on coal at the very end is a very clear sign of the influence of big oil and gas players.” India even “repeatedly raised the motion” to include phrasing about oil and gas, but it was “struck down by the U.S. and U.K.”

COP26 gave precedence to the same world leaders and fossil fuel corporations that have exacerbated the climate crisis for decades. The conference exemplified how environmental circles continue to fall victim to manipulative power dynamics, privilege and racism. Maintaining elitist climate negotiations will not adequately address the climate crisis. And indeed, COP26 achievements fell massively short of what’s necessary.
Wholly Inadequate
COP26 Coalition spokesperson Asad Rehman described COP26 as the next in a chain of COPs littered with broken promises. The Biden administration dedicated 80 million acres in the Gulf of Mexico for oil and gas drilling leases shortly after the summit ended. And as Rees said, the difference between 2.4 and 1.5 degrees of warming means “life or death” for many people. Remaining under the 1.5 threshold requires that the world halves its greenhouse gas emissions in the next eight years. COP26 produced a far cry from those results. So, make no mistake, keeping 1.5 degrees alive requires an enormous revolution.

Because final texts were hardly legally binding, it’s up to us to “hold Biden’s feet to the fire,” as Rees said. Our country can make empty commitments, but we need to demand that it upholds them. Passing the Build Back Better act is only part of the equation going forward. Even without Congress, there are about 23 new fossil fuel projects sitting on Biden’s desk. “If he stopped them,” which he could tomorrow with the “stroke of a pen if he wanted to,” Rees said, “it would be worth more than this entire congressional bill.”

It’s critical that we reduce global warming as much as possible, even if 1.5 degrees is only barely within reach. We must continue applying pressure to keep polluters out of climate negotiations, demand for the materialization of better climate finance and fight for urgent action from Biden’s administration. Climate talks must continue to happen, but they need to do more to salvage our future.