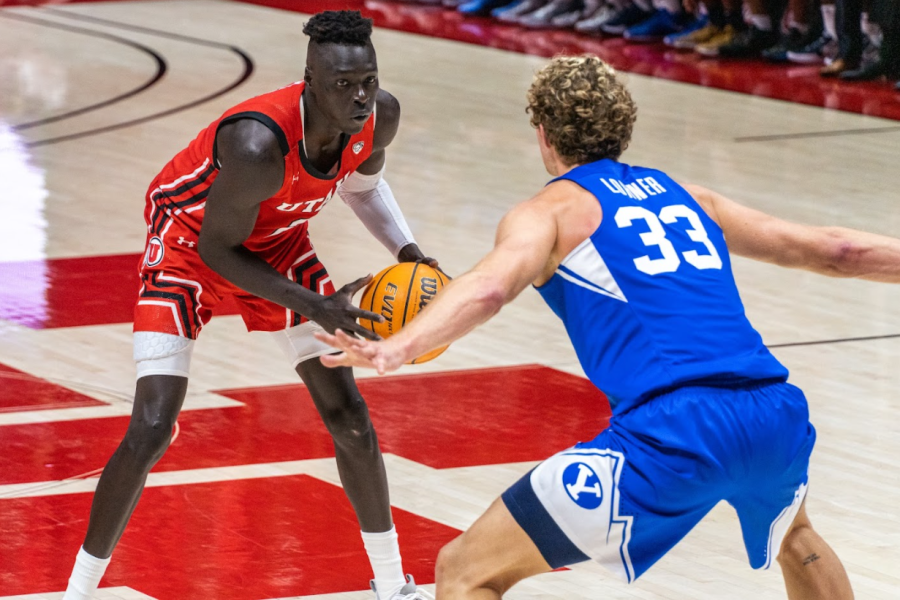 The University of Utah men’s basketball team lost more than just a game in Southern California on Wednesday night. The final score was 73-93, with the Utes falling to No. 20 USC. Starting center and leading scorer Branden Carlson went down with an injury in the first half, and Utah never recovered.

Utah hung with USC for the first stretch of the game. They went bucket for bucket for about ten minutes of game time, but then disaster struck. Carlson suffered an ankle injury which knocked him out for the rest of the night. The Utes were already very short-handed, playing without Gabe Madsen, Bostyn Holt, Marco Anthony and Dusan Mahorcic. With Carlson and Mahorcic out, that left Lahat Thioune as Utah’s only healthy center.

Utah found themselves down by 20 points at halftime. They were running out of healthy bodies and missed a lot of shots. USC continued to attack the basket, knowing that Utah was forced to play small, especially in the minutes when Thioune was resting. It was not a good finish to the first half for Utah.

Still, they came out aggressive to begin the second half. Both Gach was great getting downhill and attacking the basket, tallying multiple buckets right after halftime. Gach was the best player on the court for most of the night, finishing with 28 points to tie for a career high.

Ultimately, the Utes did not have enough to complete the comeback. They hovered around a 15-point deficit for most of the second half, eventually losing 73-93, dropping them to 5-2 on the season and 0-1 in Pac-12 play.

The Utes are back at home on Sunday to play California. Carlson’s status is currently unknown for that game, and it’s a similar deal with Anthony and Madsen. Anthony and Madsen have been able to do some things in practice recently and are trending towards a return.

The Salt Lake Tribune reported that Mahorcic will be out until at least January with his knee injury. That’s relatively soon, so it’s overall good news, but that leaves Utah without him for a month at least, and depending on Carlson’s prognosis they could be down two big men for quite a while.

This Utah team is competitive and capable of a strong season, but health has not been kind to them so far. Now potentially without five players for some amount of time, they’ll need to rely heavily on those who are healthy. Gach proved capable of some big nights, David Jenkins Jr. can get hot at any given moment and Lazar Stefanovic has shown flashes as a true freshman. They’ll need Thioune to step up in Carlson and Mahorcic’s absence.