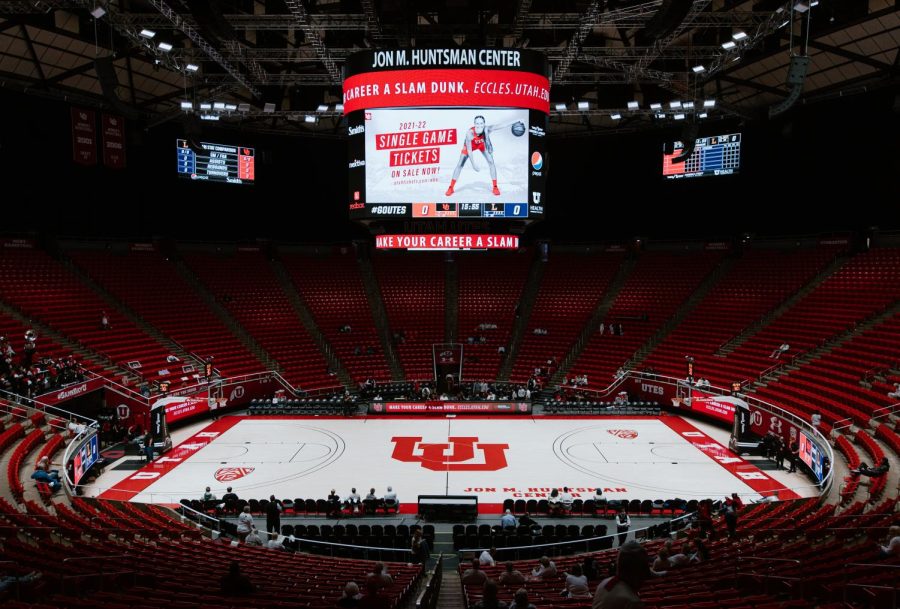 A 6-1 record doesn’t come close to telling the whole early-season story for the University of Utah women’s basketball team. Playing well on both sides of the ball, they sit atop the Pac-12 statistically in two offseason areas of focus; the Utes are fourth in the conference with nearly 42 rebounds per game, including a conference-best 14.6 offensive rebounds per contest. Head coach Lynne Roberts‘ team also leads the Pac-12 with 20 assists per game and turns the ball over the least, averaging under 14 giveaways a night.

Offensively, the Utes have been rolling, with multiple 100-point games under their belt and a balanced mixture of three-point shooting and post presence. Currently, the Utes are ranked first in offense, second in points per game, second in threes made per game, fourth in assist to turnover ratio and fifth in assists per game across all of Division I.

In what could end up being their toughest non-conference test this season, the Utes renewed their rivalry with the Brigham Young Cougars (7-0) on Saturday afternoon. The Cougars came into Salt Lake ranked 21st in the AP Top 25 and were coming off consecutive victories over ranked opponents, beating then-No. 17 Florida State and then-No. 22 West Virginia; both wins came in the St. Pete Showcase in Florida.
BYU: 85 – Utah: 80
A furious fourth-quarter rally from the Utes came up short in a five-point loss. Utah trailed by as much as 21 points and never led in the game, trailing by double-digits for most of the contest.

Utah had a chance to make it a single possession game with 25 seconds remaining after forcing a stop on the defensive end, but Kennady McQueen, who had just hit consecutive threes to cut an 11-point deficit to five, was whistled for a travel as a BYU closeout forced McQueen to pump fake and rush a sidestep three-point attempt. The Utes would briefly cut the lead to three points, but it was too little, too late.

BYU took an early lead they would never relinquish after a defensive miscue led to an easy layup. Perimeter defensive struggles for Utah were a common theme of the night as the Cougars were able to use their dribble-drive game to create open looks all night.

Paisley Harding took full advantage on her way to a game-high 33 points.

“Bottom line is we’ve gotta get better,” coach Roberts said of the defensive struggles. “We’re not good enough in that area yet and you saw it tonight.”

Utah struggled mightily with their shot for much of the game, finishing the night shooting 43% from the field; but they came into the fourth quarter shooting under 38% in the first 30 minutes. Gianna Kneepkens’ hot shooting off the bench kept Utah alive until the offense could get rolling late.

Brynna Maxwell and Jenna Johnson each scored in double figures for Utah with 10 apiece.

Roberts spoke to her team’s effort to fight back from a deficit in the fourth quarter.

“I’m incredibly proud of the fight they showed,” Roberts said. “To come back and score 29 points in the fourth quarter, it just wasn’t quite enough in the end. I think BYU is legit this year. This was not a bad loss. We’ll learn from this and move on.”
By the Numbers
Dru Gylten moved to sixth on the Utah all-time assist list. She entered the game tied with Karen Alcorn with 440 career assists. With eight dimes against the Cougars, Gylten put herself in a position to crack the top 5 next Friday night against Cal State Fullerton. Danielle Rodriguez is currently fifth with 452 career assists.

Kneepkens came off the bench to score a career-high 29 points and kept Utah close. She hit four threes and went 7-7 at the foul line.
Coming Up
The Utes have an extended stretch at home as they host the Cal State Fullerton Titans (4-3) of the Big West conference on Friday, Dec. 10 at 7 p.m. MST. This will be the third matchup between the two programs and the first since they split a home and home series in 1984 and 1985. The game can be streamed here and can also be found on ESPN700.