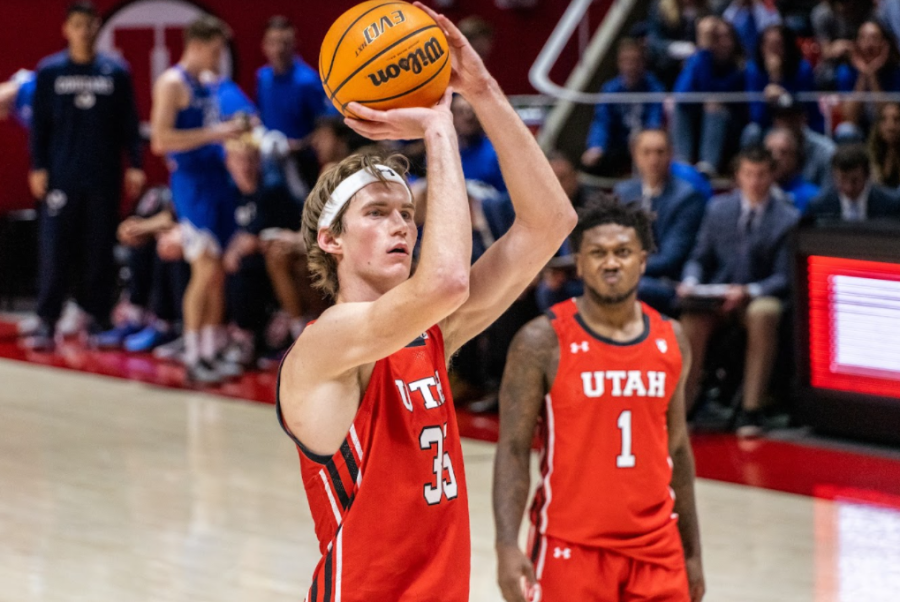 The University of Utah men’s basketball team moved to 1-1 in Pac-12 play with a victory on Sunday over the California Golden Bears. They’re 6-2 on the season. It was a back and forth contest on Sunday afternoon, but the Utes grabbed a key victory to stop a two-game losing streak.

It was a sloppy start to the game on both sides. Just over six minutes into the game, the score was tied at 2-2.

Utah got a bit of a boost with Branden Carlson starting after being questionable with an ankle injury he suffered on Wednesday at USC. Gabe Madsen made his return to the lineup off the bench; he hadn’t played since the first game of the season after dealing with a respiratory illness (not COVID related).

Utah built a solid early lead, but Cal was able to come back pretty quickly after their jumpers started falling. The Golden Bears got hot from three, and Utah’s offense cooled down for a long stretch in the first half.

Thanks to a strong run right before halftime, the deficit was not as bad as it could have been. Cal continued to hit shots, but Utah mostly matched them, and it was 35-29 heading to the locker room.

The Utes started the second half on a 10-0 run, prompting a timeout from Golden Bears head coach Mark Fox.

It was a back and forth contest for most of the second half, with Lazar Stefanovic coming up big, hitting multiple three-pointers to build Utah’s lead.

The Utes continued to keep Cal at arm’s length. It was not the prettiest second half, but they managed to get the job done by going bucket-for-bucket after they made their run at the start of the second half.

California’s Andre Kelly wrestled Carlson to the ground fighting for a rebound with just under two minutes to play. Kelly had a rough night, with Utah’s defense making it hard for him when he got the ball, and making sure he didn’t touch it too often.

“We had to make it difficult for him,” said head coach Craig Smith. “He has unbelievable touch … he has amazing touch from 17 feet on in.”

The foul gave Carlson two free throws and possession to Utah, where Both Gach got to the line and knocked down one free throw to put the Utes up nine points, sealing the game.

The final score was 66-58. Gach led all scorers with 19 points. He has been playing really well recently since being moved to the starting lineup in place of the injured Marco Anthony. Carlson and Stefanovic were also in double figures scoring for the Utes.

Utah will head to Texas to take on TCU this Wednesday, resuming the non-conference schedule. They’re back at home on Saturday, Dec. 11 to face Manhattan.