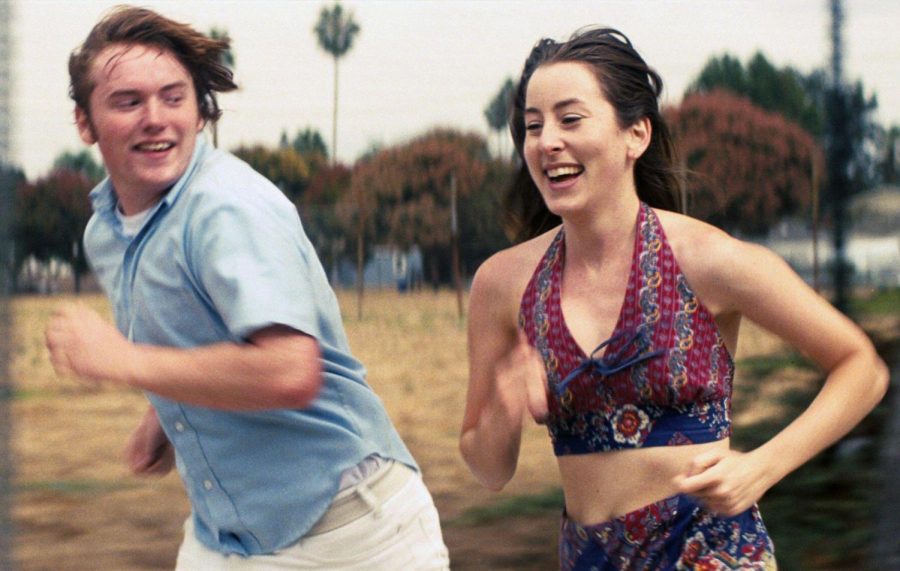 Over the course of Paul Thomas Anderson’s latest movie, not a slice of pizza or a piece of licorice can be found. The title “Licorice Pizza” refers not to food, but a chain of record stores that dotted Southern California throughout the 1970s. With a perfectly selected soundtrack of 70s hits and a friendly, ambling pace, “Licorice Pizza” feels as though you were standing in a record store listening to Anderson tell stories about growing up in the San Fernando Valley in California. The movie feels like someone taking you by the hand and showing you around their hometown while recounting memories of the buildings passing by. It presents a view of the Valley found during magic hour, even the most idiosyncratic detail coated over with love and affection.

Made Up of Vignettes

“Licorice Pizza” has no plot to speak of, but instead follows Alana Kane (Alana Haim), 25 and unsure of how to step into the adult world, and Gary Valentine, played by Cooper Hoffman — son of the late, great actor Philip Seymour Hoffman, 15 and ready to jump from being a child movie star to an entrepreneur, through various comic misadventures around the Valley in 1973. The two develop a prickly, screwball comedy-type friendship as they engage in various get-rich-quick schemes, such as a waterbed company, and bump into washed-up movie stars, producers and local politicians. None of the vignettes outstay their welcome, except one revolving around the Caucasian owner of a Restaurant, played by John Michael Higgins, who speaks to his revolving door of Japanese wives in a racist mimicking of Japanese-accented English.

Beyond setting the movie in 1973, Paul Thomas Anderson’s filmmaking style reflects the decade. Anderson has often spoken of the influence of Robert Altman on his movies and, in addition to Altman, I was reminded of Hal Ashby who told off-kilter, idiosyncratic and wry stories about outsiders in movies such as “Harold and Maude” and “Shampoo.” The lack of structure provides “Licorice Pizza” with a hot summer afternoon-looseness that is found in many New Hollywood films of the 70s. It helps Anderson to underline how bored and directionless Alana feels. A tight, trimmed-of-all-the-fat version of “Licorice Pizza” would not feel true to the characters or the story that Anderson wants to tell.

The success of “Licorice Pizza” rests on how much the viewer wants to hang out with Alana and Gary and, in Haim and Hoffman, Anderson introduces two people to the cinema screen that could become movie stars if they wanted to. Haim brings a captivating, intense focus to the way that she holds the camera. She’s a firecracker going off on the Fourth of July—charismatic, emotionally open and invigoratingly comfortable on screen. At one point Alana is compared to Grace Kelly, and while she is nothing like the Princess of Monaco, it speaks to Haim’s movie star radiance. A more apt comparison might be Barbra Streisand. Both Haim and Hoffman give performances that give off an air of effortlessness, but hide the elegance with which they switch between confidence and insecurity. The relationship between Alana and Gary is weird, mysterious and transfixing, and I personally never read the chemistry as anything other than platonic.

The movie shambles along not sluggishly, but with the confidence and patience to take the time that it wants to live in the world that it has lovingly recreated. “Licorice Pizza” exists for no other reason than for you to hang out in the Valley with Alana and Gary. It’s a movie about hanging out with your friends.