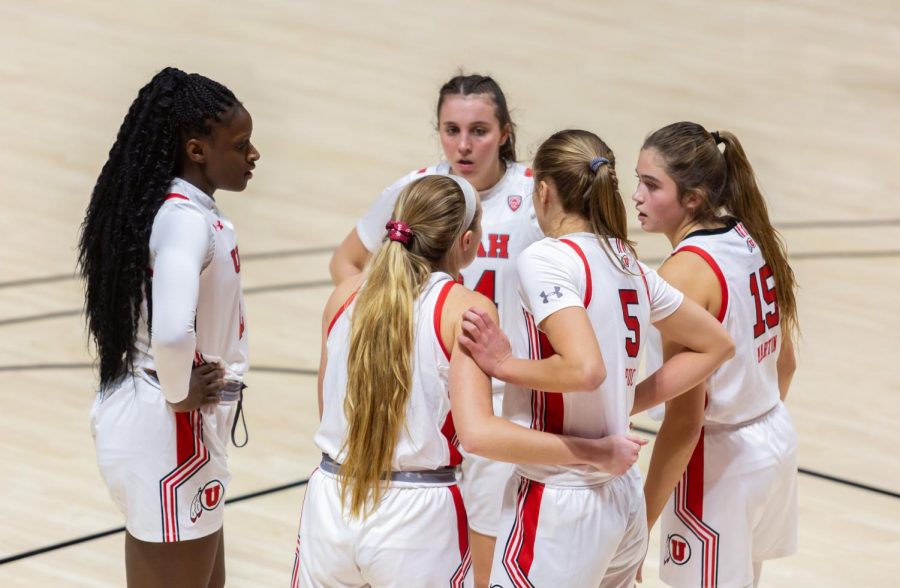 The Utah Utes hung tight with the second-ranked Stanford Cardinal on Sunday but ultimately fell short against the No. 2 team in the country. Now the Utes will embark on a road trip that will include visits to the Arizona schools, Eugene, Oregon and Boulder, CO, all within the span of about two weeks.

“We’ll just roll with it,” said head coach Lynne Roberts of the road trip. “Just like anything else, just roll with it. One of the beauties of our group is that we have legitimate depth where we have, you know, eight or nine kids that can legitimately start.”

That kind of depth will be important on a trip of this magnitude. The Oregon game will be a make-up of the cancelation that took place just two weeks ago.
Last Game
Utah is coming off a ten-point loss to No. 2 Stanford, a game in which Jenna Johnson scored a team-leading 15 points. Meanwhile, Gianna Kneepkens clocked in as the team’s second-leading scorer in the matchup with 10 points.

Peyton McFarland only had two rebounds on the day to go along with nine points. Roberts had insight into McFarland’s low numbers early in the season.

“Peyton’s been up and down with injuries and illness,” Roberts said. “She’s had a tough time, poor kid. She’s got a lot going on physically but she’s starting to get healthy which is nice, because [having] her healthy is great.”

The Utes rebounding numbers were a key reason the team struggled down the stretch against Stanford who out-rebounded Utah 41-28 in the game.
Upcoming Opponents
Arizona
Sitting at 12-2 on the season, Arizona is led by 14-points-per-game scorer Cate Reese. Reese is the only player on the team scoring in double digits.

The Wildcat’s strength comes from their defense as they are only currently allowing opponents 53 points per game. That kind of defensive performance is going to allow you to stay competitive in almost any game a basketball team plays.

That tenacious defensive presence will have to be broken down by Utah. Something the Utes have struggled with this year, though, is breaking down defenses, a lack of size hurting the Utes’ ability to get inside. They will have to rely on their speed and athleticism to break in and score points against this Arizona defense.
Arizona State
The Sun Devils will enter this matchup with a record of 8-5. Arizona State’s leading scorer is Jade Loville who averages 15 points per game. The team’s second-leading scorer is Mael Gilles, a player who averages 11 points per game.

The Sun Devils also have a good defense, only giving up 56 points per game. Both these teams have tremendous defense and the Utes will need to use ball movement and speed to get into the paint and have success on offense.

The next two weeks could make or break the Utes’ Pac-12 season. Getting off to a good start and going at least point five hundred in these games is key if the Utes hope to have a chance to make the NCAA playoffs in March.

An encouraging game against Stanford that showed the Utes could hang with anyone in the conference was certainly a positive start. It’s now about carrying the momentum forward for the Utes.