Transforming an Institution: Invisible Labor and Devaluation of Faculty of Color 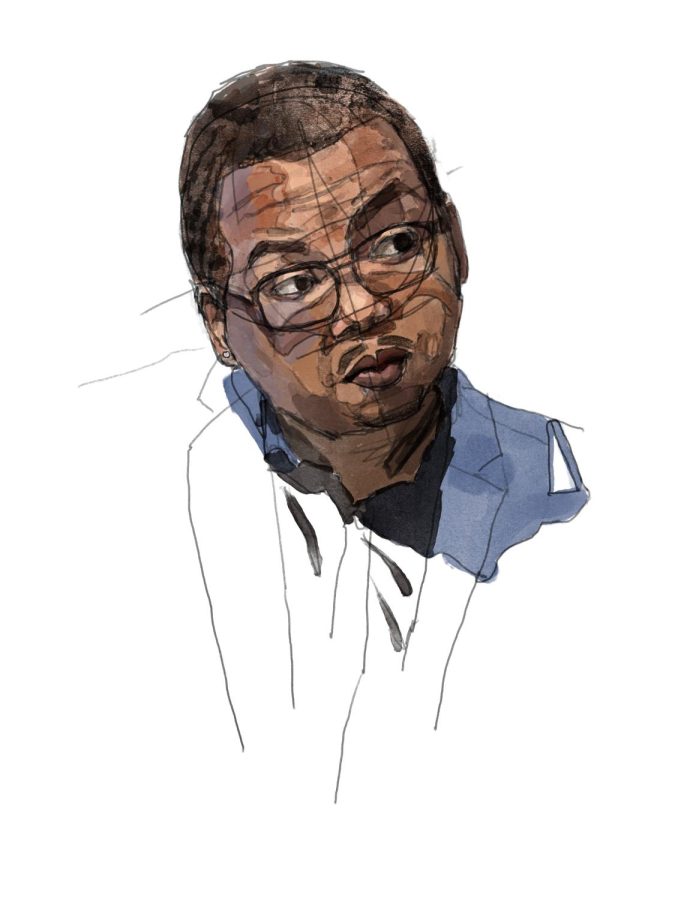 Of the 843,750 full-time faculty in degree-granting postsecondary institutions in the United States, 573,912 or about 68% are white, according to a 2018 report by the National Center for Education Statistics.

The Pew Research Center reports that although college faculty in the United States are slowly becoming more diverse, they are much more likely than students to be white.
The Invisible Work in Academia
According to Alessandra Cipriani-Detres, a recent University of Utah graduate currently pursuing a master’s degree in higher education at Boston College, it is important to look closely at these numbers to view the diversity within each rank of faculty.

“As you keep going up the ranks, the amount of faculty of color continues to decrease as you go from assistant professor, associate professor to full professor, and there was really a disconnect it seemed like going from those professors who did not have tenure and those who did have tenure,” she said.

Myra Washington is the U’s assistant vice president for faculty equity and diversity in academic affairs. Her job includes advocating for faculty so they are able to progress in their positions.

“Faculty may be promoted and tenured from assistant to associate but then kind of stagnate at that associate level and don’t go up for full … Obviously, [that] has a manner of implications, including salary, access to resources, reputation, all of those things,” Washington said.

A part of combating this, according to Washington, is to make the promotion and tenure process more transparent.

According to Inside Higher Ed, more than 80% of administrators are white and less than 8% are Black or African American.

This same report cites a study demonstrating that women and faculty members of color take on invisible work such as serving as mentors and advisors, being a part of committees and assisting with student organizations, which is devalued when being considered for promotions or tenure.

For Erin Castro, an assistant professor of educational leadership and policy at the U, this idea rings true.

“Yes, and if I were sitting in front of you, I would probably scream it out loud,” she said. “It’s oftentimes invisible emotional labor too, for those of us who are meeting with students after hours and helping students solve really challenging problems.”

Last semester, Castro helped a student who got kicked out of housing navigate his new situation.

“Students feel comfortable coming to us and so we want to support them,” she said.

Darius Bost, a former associate professor of ethnic studies at the U, said oftentimes faculty of color have to do more than the required amount of work to get tenure.

“We’re unable to track the amount of work we do in addition to having to do our traditional scholarship,” he said.

According to Castro, a few years ago, the U had an ad hoc committee to augment 10-year community engagement requirements for faculty. However, she said, this would not address something like mentoring first-generation students of color, which is often undervalued in the tenure process and “does not get counted as legitimate work.”

“Without some kind of education to the broader community of folks who are reviewing our portfolios, that might just be chalked up as service or [as] somebody is a good human, but it’s certainly not a requirement of my job, which is unfortunate, really,” Castro said.

Washington clarified that the labor is only invisible to those who refuse to see the contributions of historically excluded faculty. The students who seek these faculty out know on whom to depend.

“Part of what has happened already for some departments is that they have adjusted their tenure guidelines to talk about that work, making sure that they are valuing the labor that these faculty have put in, in tangible ways when it comes to tenure and promotion,” Washington said.

Bost said his teaching is often devalued in class because students may view topics such as ethnic studies as based on opinion and not peer-reviewed.

“I often get people who’ve never taken a class like this before, take it just for the credit, come from different majors and haven’t had much exposure to this and it really makes teaching extremely difficult,” he said. “Mostly because people understand my teaching and the knowledge that I’m offering them as directly connected to my body, and the knowledge that comes from bodies is often devalued.”

Even after being professionally reviewed, Bost said the research he does is also undervalued.

“I identify as a Black gay man who’s written a book about Black gay history, I mean, HIV, AIDS and so there’s kind of tethering to what people call ‘me-search,’” he said. “So in that way, it’s not valued, even after professional organizations have recognized the work that I’ve done as making an important contribution.”

Bost’s intersecting identities also contribute to the extra service work requested of him.

“I’m often split between having to do things that are associated with LGBT communities and African American communities, so that doubles the service I am asked to do,” he said.
Anti-Racism in the U Community
In addition to this undervalued and invisible work done by faculty of color, Castro said there exists an overrepresentation of people who are already committed to making the U an anti-racist campus on these committees when other faculty who are not as dedicated should be engaging in this work.

“So the question then becomes, how do you help educate and get folks across campus who maybe aren’t there yet?” she said. “How do you get them to buy in and how do we not incentivize them to do it, but hold people to high expectations that they are going to do it [and] they’re going to do it well?”

After the murder of George Floyd and the surge in Black Lives Matter protests in Summer 2020, various departments within the U released statements expressing their support, offering resources and reiterating the importance of diversity on campus.

However, over a year later, Bost said the work mentioned in various U public relations statements has not been sustained.

“It really was difficult for me because it was the first time that I’d seen very high-up officials in the institution use the language of anti-Black racism, even though I had been experiencing it since I’ve been here,” he said. “But it seemed to all fall away. One year later, I don’t hear any of those conversations about transforming research and the curriculum.”

A university, or place of higher learning, should be at the forefront of challenging these racist epistemes centered around whiteness, according to Bost.

Recruitment and Retention
Castro said she has noticed a retention problem at the U, with a number of her friends and colleagues leaving for various reasons.

“Folks are still coming to an environment where they experience microaggressions in their own department or their units or their work isn’t valued,” she said. “What kinds of supports are available to faculty, particularly folks who are maybe new and don’t have communities yet?”

Bost said the U has a difficult time retaining faculty members of color because of the racial demographics of Utah and their quality of life.

To increase retention of faculty members of color, Castro said there is no need to “reinvent the wheel.”

“A number of universities have been successful in doing this, and I’m hopeful that we look to them as we do this,” she said.

According to Castro, another reason recruiting faculty of color is important is because this has been found to help in retaining students of color.

“Our efforts to recruit students of color, first-gen students, veteran students, students with disabilities, queer [and] trans students, all of that fall flat if they’re coming to the campus where they can’t see themselves in their faculty, in their staff, in their leadership,” Castro said.

In her thesis project, Cipriani-Detres interviewed U students of color about their experiences on campus. She wanted to learn more because she thought marketing of student diversity at the U was misleading incoming students of color.

“Many of these students were okay with the university using their faces in marketing materials, but they wanted something from it,” she said. “They didn’t want to just be used and then be left behind to benefit the university.”

When people are considering accepting job offers at the U, Washington is candid about what the climate of the U and the surrounding area so faculty do not come to a location different from what they are prepared.

For recruitment of both students and faculty to be successful and for the U to claim it is committed to diversity, Castro said the institution needs to give departments on campus the necessary resources to do this work.

“That would include not just hiring faculty of color, but it would be making sure that their families can get here,” she said. “So we need really inclusive partner hiring plans, and we need to make sure that there’s a critical mass — hiring one or two Black faculty, for example, is not the goal.”

Washington said the U comes with a certain reputation that needs to be changed if these hiring initiatives are to be successful.

Washington also emphasized there are many people at the U trying to change the culture and support faculty.

“I think recognizing that and having a little bit of grace for people, especially for admins, for faculty, for staff, is always helpful” she said.

Bost said the experience of being here, no matter what one accomplishes, “is still going to be an experience of devaluation and discrimination.”