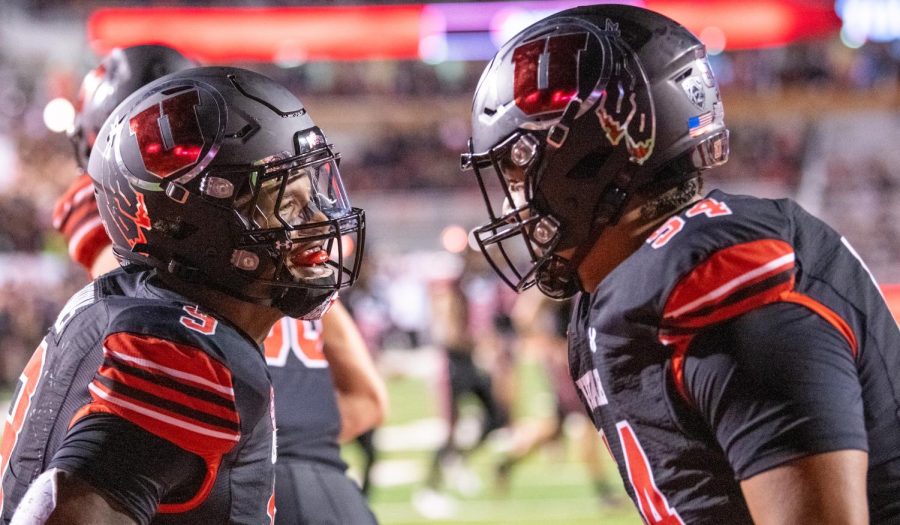 There has always been a debate about whether or not NCAA athletes should be compensated. Many athletes have been penalized for accepting rewards, with Reggie Bush being the most memorable. Bush won the 2005 Heisman Trophy, but forfeited it in 2010 after the NCAA found him guilty of accepting nearly $300,000 in cash and gifts.

Although the NCAA will not be reinstating Bush as the winner of the 2005 Heisman Trophy, they decided to allow collegiate athletes to accept name, image and likeness (NIL) deals on July 1, 2021. This essentially means that athletes are able to make money by advertising for brands.

Many universities are fighting against this change, but the University of Utah has embraced it. Utah recently launched the Elevate U program in collaboration with the David Eccles School of Business and the Lassonde Entrepreneur Institute. The mission of Elevate U is to give student-athletes experience with building and managing their brand.

“With the Elevate U program, our athletes will receive the tools needed to succeed,” Utah Football head coach Kyle Whittingham said to Utah Athletics. “And we’re excited for the opportunities that our athletes will have to elevate their brand and their game to prepare them for their future.”

But there is still a big discrepancy in the NIL rules. International student-athletes are not eligible for NIL deals like their American-born teammates. Sydney Soloski, a Canadian fifth-year gymnast at Utah, has made her opinion very clear.

“I did my work and built my brand and have done a really good job in terms of that,” said Soloski to College Gym News. “Not getting to use that right now is really frustrating.”

“It’s a step in the right direction, but there needs to be more guidelines and strict rules on what’s allowed and what’s not allowed,” Soloski said. “Otherwise, I feel like college sports are, unfortunately, going to deteriorate.”

But, as Soloski said, it is a step in the right direction. Collegiate athletics are a huge time commitment and most student-athletes don’t have time to work a job. Their time is already occupied by classes, practice and meetings.

This leaves many student-athletes wondering how to pay for college, and NIL deals have opened up a new channel for all student-athletes. Now they aren’t just able to cover the cost of college, but can actually profit from their athletics.

Many Utes soon followed Kaufusi in signing NIL deals, including football’s Britain Covey and rugby’s Nate Ete. Covey signed with ESPN 700 to appear on a weekly show, as well as signing with Deseret First Credit Union.

Ete has also signed with Deseret First Credit Union, which has already signed over a dozen athletes from all seven Division 1 schools in Utah. Deseret First also signed former Utah gymnast MyKayla Skinner, who recently won a silver medal in the 2020 Tokyo Olympics.

But the focus remains the same for Utah’s student-athletes: on the sport. They aren’t focused on making money, but rather on the competition. First- year Utah wide receiver Theo Howard sent out a message to all student-athletes in a limited-viewability tweet.

“At the end of the day if you are not producing, there will be no endorsement deals or sponsorships,” Howard wrote. “So with that being said, keep ball the number one priority.”

With the Elevate U program, Utah doesn’t plan on NIL deals interfering with athletics. They plan on helping student-athletes get the most out of their deals.

Few states have capitalized on these new NIL rules as much as Utah. Utah-based Oncoor Sports Marketing have represented many Utah athletes such as the aforementioned Covey and Skinner, volleyball’s Dani Drews, football’s Cole Fotheringham and former Utah basketball star Kyle Kuzma.

Oncoor has quickly become one of the nation’s top NIL agencies, helping student-athletes build and maintain their brand. This helps to give the Utes a great opportunity to promote their athletes and maximize their NIL deals through not only Elevate U but also with separate marketing agencies.

Utah has been very proactive in helping their athletes sign deals, but there is still much work to be done. With these rules being implemented recently, Utah has already placed themselves in a fantastic position for the future.