Bringhurst: Tax on Food Is a Tax on the Poor 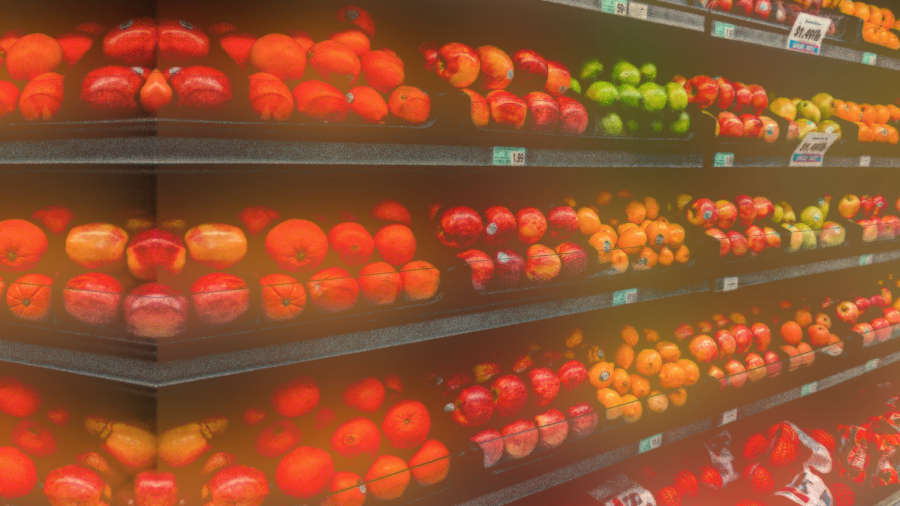 The pandemic may have hurt the United States’ economy, but Utah’s economy is flourishing thanks to COVID-19 stimulus cash and record-breaking tax revenue. Now, the Utah State Legislature is discussing ways to give some of that back to the taxpayers.

The spare cash prompted some legislators to propose income tax cuts, but Rep. Rosemary Lesser is looking for ways to prioritize low-income Utahns. Rep. Lesser’s House Bill 165 is the best tax cut the legislature can pass this year. Eliminating the state sales tax on groceries is widely popular and it prioritizes low-income families in a time when they need it most.
Prioritize Low-income Families
Lesser spent December of 2019 protesting a bill to increase food tax. The legislature repealed the bill before it went into effect, thanks to the abundant number of signatures gathered. Now, she is using her voice in the legislature to eliminate the tax entirely.

It’s time for Utahns to recognize that income inequality exists. Low-income families struggled through the pandemic in ways most wealthy families will never understand. Feeding America reported a 44% increase in meals provided during the pandemic to Deseret News. According to the U.S. Department of Agriculture’s Economic Research Service, low-income families pay 36% of their income on food while higher-income families spend only 8%. State taxes on food act as a tax on the poor. H.B. 165 will eliminate this unnecessary tax.
Popular and Feasible
Eliminating the state grocery sales tax isn’t radical or new. Only 13 states still have a grocery sales tax. It isn’t uniquely Democratic, either. Rep. Judy Weeks Rohner, a Republican, also supports eliminating food tax. Class consciousness is bipartisan.

Many Utah interest groups voiced their support for investing in Utah’s future as opposed to income tax cuts, including The Coalition of Religious Communities and Voices for Utah Children. Those against the bill, such as The Utah Taxpayers Association, are primarily in favor of an income tax cut instead. Choosing between H.B. 165 and an income tax cut like Senate Bill 62, which would cut income taxes from 4.95% to 4.6%, comes down to an argument of values.

Those in favor of an income tax cut over eliminating food tax are either valuing their own financial gain or choosing to ignore the current quality of life of low-income Utahns.

The wealth divide became increasingly apparent in Utah during the pandemic when Utah business magnates saw soaring profits. Utah is now home to 71,613 ​​millionaires. These millionaires would benefit from an income tax cut more than a grocery sales tax cut because their grocery bill doesn’t burden them the same way it burdens low-income families.

For those wondering just how Utah plans on affording such reductions long-term after the COVID-19 stimulus cash is drained, look no further than the revenue gained after the Utah tax code changed to include taxes on remote sales only two years ago. Utah saw a 300% increase in online sales according to John Valentine, Utah State Tax Commission chairman to Deseret News. This increase in tax revenue would easily make up for the loss of sales tax on food.
Better Than Alternatives
Another option for utilizing Utah’s excess revenue comes from Gov. Spencer Cox’s budget proposal. He suggested a grocery tax credit for low-income families, aimed to solve the same problem of assisting low-income families with affording groceries through rising inflation costs.

My main gripe with Cox’s grocery tax credit proposal is the bureaucratic red tape surrounding it. While it is a better alternative to slashing income tax across the board, cutting the state sales tax on groceries is a more direct way to help low-income families.

Cox’s plan is complicated. It requires families to examine their eligibility and apply for a credit. Eligibility requirements for government assistance tend to exclude those most in need. Take the Supplementary Nutrition Assistance Program (SNAP)  for example. Documented immigrant adults who have been in the U.S. for less than five years are ineligible for SNAP. Even those eligible may be discouraged from applying. Only 77% of eligible Utahns participate in SNAP, below the national average. A simple state food tax elimination ensures that everyone can reap benefits, not just those who read the news and are aware of the resources available to them.

Ultimately, either a grocery tax credit or elimination of the state grocery sales tax would be a win for low-income Utahns, though complete elimination of the tax would provide greater benefit. Our government often cites a lack of funding as the reason for minimal social programs and financial aid. Now, Utah has a unique opportunity to invest the surplus of revenue into something that can make a difference.