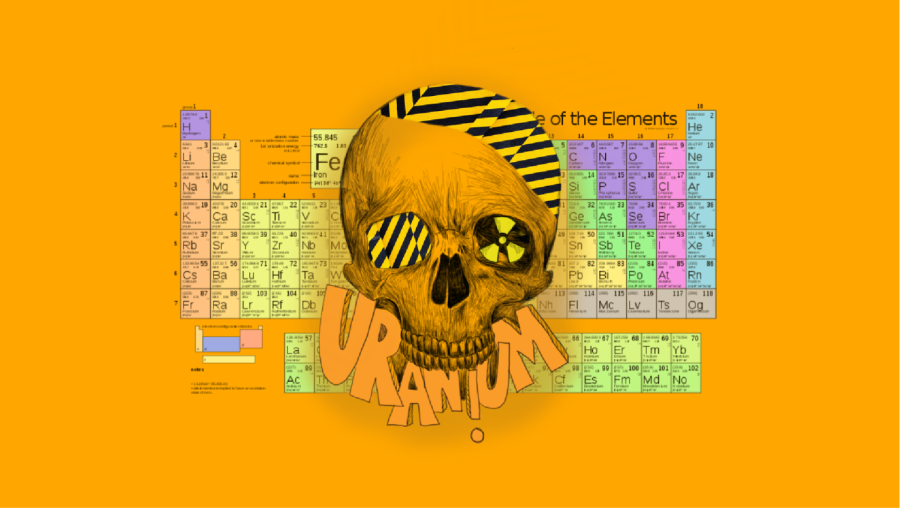 As of this article, Senate Concurrent Resolution 3, the Rare Earth Mineral Position, is currently making its way through Utah’s General Legislative Session. The resolution encourages that we “take full advantage of the essential critical minerals and rare earth elements found in the state of Utah.” This encouragement has many controversial implications for the mining industry, including the dangerous exploitation of uranium.

S.C.R. 3 utilizes subtle greenwashing strategies to yield dangerous legislative precedents. These techniques threaten to exploit nonrenewable resources to a severe degree. It also demonstrates a disregard for environmental justice and an ill-informed knowledge of sustainable practices on the part of legislators.
A Dangerous Precedent
I spoke with Carmen Valdez and Meisei Gonzalez, Policy and Communication Associates with HEAL Utah, to discuss the implications of this resolution. HEAL Utah opposes S.C.R. 3 due to its uranium language in lines 79 through 81. The resolution pushes to include uranium despite it being completely unnecessary. Utah currently stores 28 of the 35 federally-listed earth minerals needed for several everyday technologies. But Gonzalez stated that uranium is “not currently listed as a federal rare earth mineral,” has “different shortcomings from cost to health” and we “already have enough to supply us for over 130 years.” The inclusion of such language makes a dangerous precedent for “future actions on uranium.”

Environmental degradation may not end with uranium either. Should the resolution pass, Utah would also create a legal loophole for the environmental exploitation of other nonrenewable materials. The resolution states it wants to support Utah’s status as an “all-of-the-above energy state,” which implies a refusal to completely phase out fossil fuels. By reinforcing this status, Utah faces a future of further climate uncertainty and a rare earth mineral crisis.

The resolution also fails to dictate what these minerals will be used for. It claims a need for critical minerals for the uses of “national defense and economic prosperity,” among others. However, it doesn’t specify what proportion of minerals will go toward each use. This language could justify further resource allocation toward military purposes — an area in which we already practice excessive spending. Ideally, these materials would go toward top priority uses like renewable energy creation. Valdez said, “We recognize that we have a need for rare earth minerals. But we also recognize that there’s a lack of resources and recycling of those minerals to ensure the continued use of them.”
Environmental Justice Impacts
This resolution also fails to consider its many environmental justice failures. While it details the expansion of rare earth mineral mining, it doesn’t disclose where or in what circumstances this mining can occur.

For instance, it ignores who would face the brunt of the negative environmental impacts of mining. In Utah, the Navajo Nation contains our richest uranium reserves. Because of this, Indigenous peoples have been exploited for uranium mining since 1944. Today, according to Valdez, those same communities will experience the most impact.

These environmental injustices have and continue to harm Indigenous peoples. The potential side effects of uranium mining, in particular, include groundwater, surface water and aquifer contamination that can last up to thousands of years. Management failures or natural disasters could increase the likelihood for uranium mines to release long-lasting contaminants into the environment. The research of Dr. Tommy Rock from the Navajo Nation has even exposed trace amounts of uranium within water, plants and sheep fetus brains.

The extreme effects of uranium exposure have instigated The Radiation Exposure Compensation Act (RECA). RECA served to fund cancer treatments for afflicted uranium workers, but it expires this year. Meanwhile, S.C.R. 3 attempts to counterintuitively increase mining again. According to Valdez, many uranium mining sites from “past uranium boom cycles have never been cleaned up.” By expanding uranium mining in these areas, we would only expound these ongoing injustices.
More Sustainable Alternatives
Gonzalez stated, “We have a beautiful state and we don’t have to make all of it into profit.” As a resolution and not a mandate, S.C.R. 3 has the potential to create more equitable and environmentally conscious mining intentions. For that to happen, it must adopt a more nuanced approach. It should first remove the dangerous, uranium exploiting language. Lines 79 through 81 ensure the destruction of Indigenous environments and the endangerment of our community’s health.

Second, the resolution must adhere to strict, as-needed mining schedules. Sustainable mining cannot use up nonrenewable resources at a rate beyond which the environment can replenish itself. Extracted resources should get reserved for important purposes like medical equipment, infrastructure and renewable energy creation.

Mines must also acquire the most up-to-date, sustainable water management strategy technologies to reduce water use and eliminate mining discharge wherever possible. Canada’s mine operators, for instance, have reduced their total water intake by almost 40% while production increased by 48%.

Part of this effort needs to also include the complete reclamation of mining sites rather than their dangerous abandonment down the road. Tribal nations also deserve the right to dictate how much mining takes place on their lands.

S.C.R. 3 has a long way to go. As is, it ensures a future of damaging, unsustainable nonrenewable resource consumption. With more careful considerations, however, we have the potential to avoid drastic impacts. Like Gonzalez and Valdez encouraged, we should be more involved and remember our ability as lobbyists to “contact [our] legislators every day, all day if [we] want.”