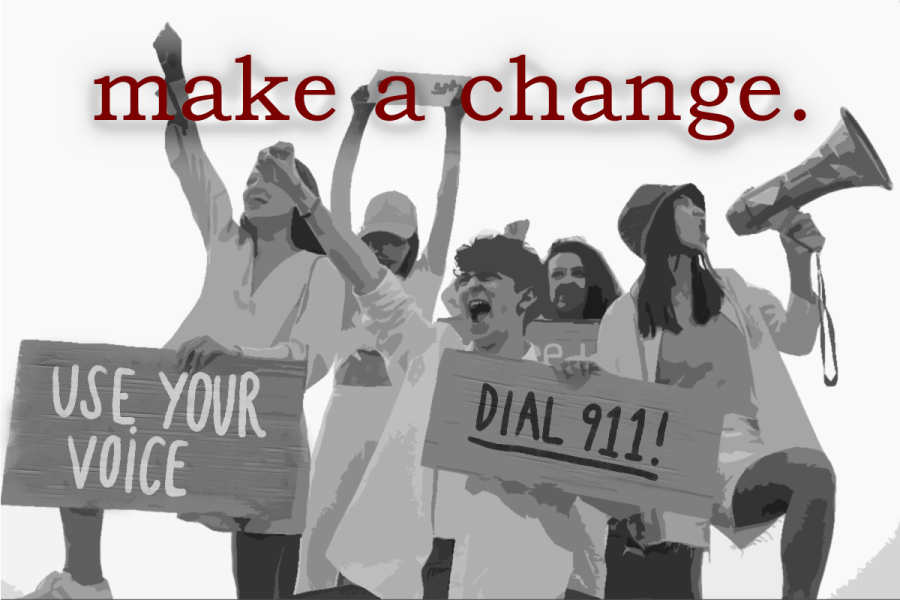 Psychologists have studied the “bystander effect,” a theory suggesting that those who see traumatic events are less likely to help with others present. Researchers use events such as the Larry Nassar scandal as evidence to illustrate the damage that enablers can inflict on victims when they do nothing.

Utah Rep. Brian King is sponsoring House Bill 246, which would criminalize actions of enablers that choose to post or send digital content of a felony rather than help a victim. Individuals can be prosecuted if they “witness a felony in progress being committed against another individual,” “knows the victim needs immediate help” and “fails to either summon law enforcement or other assistance or provide assistance to the victim.”

While this type of legislation seems unnecessary, history has demonstrated that enablers ignore the plight of victims. This abandonment of the victim allows abuse to continue, and insinuates that only the perpetrator is responsible for the violence. Targeting only the perpetrator leaves enablers in positions of power that allow abuse to recommence. If we continue to deny that enablers have responsibility for the victim’s abuse, we ignore a system of complicity that perpetuates a cycle of violence.
What is an Enabler?
I spoke with Professor Amos Guiora, whose books studying the bystander/enabler and class on the Bystander, taught at the S.J. Quinney College of Law, inspired Rep. King’s efforts. He said, “The enabler is the person who has knowledge or should have knowledge (of a crime) but is in a sense, secondary because they’re not physically present.”

In his book “Armies of Enablers,” Guiora spoke with numerous sexual violence victims, many of whom were child athletes at USA Gymnastics. Nassar’s decades of sexual abuse wouldn’t have happened if it weren’t for the inaction and active cover-up of his assaults by enablers. Simone Biles, before the Senate Judiciary Committee, said she wanted the enablers who knew about the abuse and were responsible for its continuation to be held accountable. This is only one example of how enablers create harmful environments.
A Network of Abuse
Much of the criticism against King’s efforts to criminalize the enabler has surrounded the argument that this legislation will force everyone to be good people. Guiora said that during last year’s discussion of H.B. 218’s reporting amendments, someone said, “We in Utah are good people, and we don’t need legislation to tell us what to do”.

On our own campus, many debate how or if the University of Utah should supports victims of sexual assault, especially those harmed by members of Greek life. Following the murder of Lauren McCluskey, which was made possible by campus police who ignored and shrugged off her reports, the U has shown that it looks out to protect its own self-interest.

And after the most recent sexual assault at the Kappa Sigma fraternity house, the U failed to release the disaggregated by building crime data, which is required by state law to let students know where violence has happened.

In a statement addressing the 2021 September and December assaults to “stand with these survivors,” the U took the burden of responsibility away from Greek life. Instead, they stated that Greek life “will serve the greater good of the campus community. … We appreciate their continued partnership and collaboration.”

These examples illustrate a much more disturbing and uncomfortable reality. Individuals in positions of power often look past abuse and violence for their own self-interest. Allowing these enablers to keep their positions in society only allows future abuse to continue.
Inaction is a Legal Issue
Libertas Institute President Connor Boyack opposed King’s 2020 law to require individuals to call 911. “Our feeling is that this bill, while definitely well-intentioned, unfortunately, takes things in the wrong direction because it’s creating a new crime and punishing activities not inherently malicious or criminal,” he said. But ignoring a victim is, in itself, malicious. Actively hurting the victim by doing nothing or by posting a video for your own gain has consequences.

King said, “This bill sets in place a sequencing requirement. It’s a crime to post video that you take of a violent crime before you take action to report it to public safety or law enforcement officials.” He argues that this bill doesn’t criminalize inaction, but instead focuses on action in the form of the sequencing that’s problematic, such as the action of posting before the action of reporting. “That’s the kind of callous indifference that we’ve been trying to focus on,” he said.

King aims to recognize that actively ignoring victims and failing to protect them is a crime. These examples are living proof of the bystander effect. Diffusing our own duty to a victim by displacing it on someone else is not only a moral failing, but a crime with real effects. Guiora says this bill acknowledges “the decision by the enabler-slash-bystander absolutely has consequences.”

To some, this legislation wrongfully imposes a duty on Utahns to be good people. However, enablers failing to help victims is not an extraordinary phenomenon. Cases like the Nassar abuse and our own campus’ continuing issues with sexual violence involve enablers. The horrifying effects of inaction show that there needs to be a change. This bill will help change the way we think about sexual violence and who’s responsible for perpetuating harm by doing nothing.

This article was updated on Feb. 12, 2022 to correct the spelling of Lauren McCluskey’s name. We regret the error.