Editorial: The U Institutionalizes Student Activism 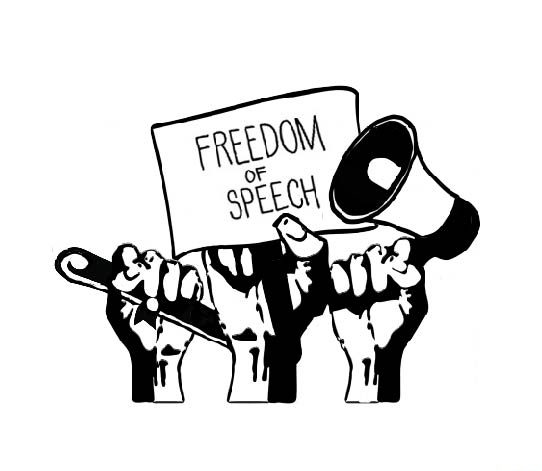 Student activism has always been a part of the University of Utah’s campus life. We’ve seen protests and demonstrations on small and large scales throughout the U’s history. But over time, activism has been funneled through university-sponsored organizations, which limit the change students can make. U-sanctioned activities silence, rather than uplift, student voices. The U will institutionalize your activism. Reject the institutionalized way to change — instead collect, organize and make real change as students.

We have many examples in our history where students stood together to fight for what’s right. In 1953, U students protested the adoption of a new U constitution by passing around petitions. In 1966, student-led activist organizations protested the U’s textbook prices by blasting music inside the school bookstore. U students demonstrated against the Vietnam War and the violence of the National Guard by occupying the Daily Utah Chronicle offices and disrupting classes. Later on, in 1986, the U student group Students Against Apartheid erected three shanties to protest the U’s investments in South Africa. After the U tried to remove the shanties, the students brought the U to court for infringing on their right to protest.

However, students have found it increasingly difficult to exercise their freedom of speech. The U has formed barriers to silence the student body. For instance, the U established ASUU to encourage students to stand up for their personal ideologies. But ASUU has become an exclusive funnel that keeps many students out and results in little change on a campus-wide level. Other organizations have, and continue to be, destinations for students who want to make a difference within their community, but they often confine students to paperwork and service projects, keeping real change out of reach.

U students care about our community and issues such as student poverty, campus safety and the environment. That passion for making our campus and communities better drives us to join organizations like ASUU, the Bennion Center or the Hinckley Institute.

But some students take their activism beyond the university-governed organizations. They go further despite barriers to student activism and organization. They choose to work towards big changes outside the U’s institutions and complacency. After Lauren McCluskey’s murder, a few U students created UnsafeU, a group dedicated to building a safer campus. In the past few years, U students have also created DivestU, which fights for campus fossil fuel divestment.

Despite the U’s attempt to squander and diminish any forms of activism now, it cannot deny that student individualism is ingrained in our history. True change comes through student-organized demonstrations and protests — not through U-sanctioned organizations.

When we graduate, we’ll still care about the same issues. But we won’t have an ASUU or a Bennion Center to handhold, approve or sign off on our activism. We need to get our hands dirty and become change-makers now, so we learn to engage in activism after the U.

By engaging in activism outside of university institutions, students can make changes bigger than those institutionally approved. We can also build the skills to be activists long into the future. Many anti-war student protestors at the U during the 1950s-70s continued as activists in the Salt Lake Valley into the 1990s. Their college activism taught them how to be activists long after college. We can do the same.