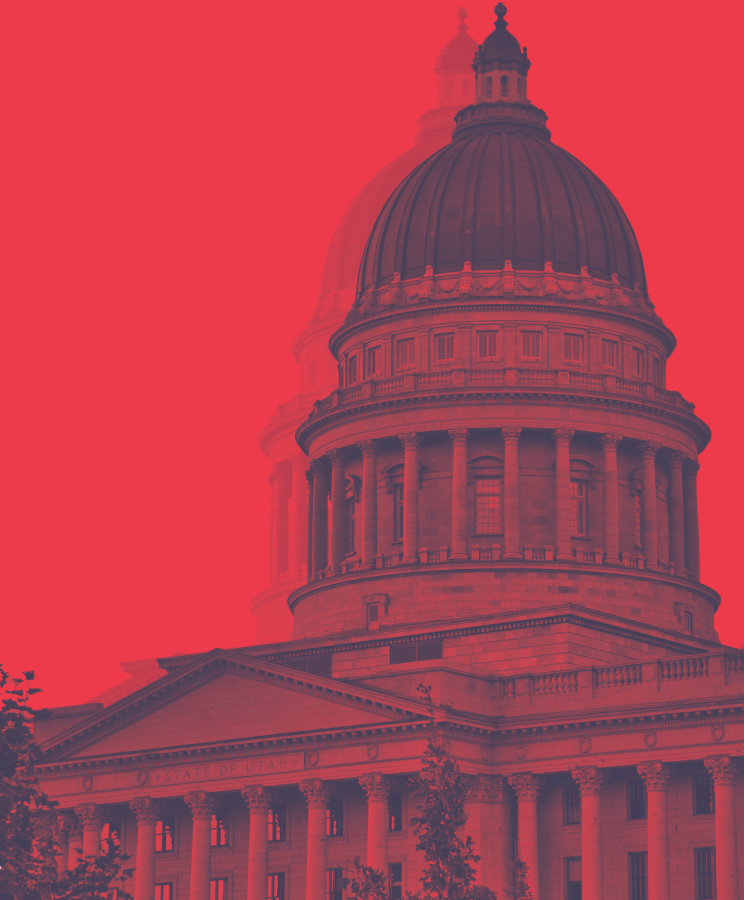 On Nov. 10, 2021, around 200 Utahns rallied in protest outside the state Capitol building when Gov. Spencer Cox approved the new congressional district map. The new map, passed by Republican legislators, divides Salt Lake County into each of the four districts, making it almost impossible for a Democrat to win any district. Many have accused the map of blatant gerrymandering intended to keep Republicans in power.

The decision directly conflicts with the voter-approved proposition to establish an independent redistricting commission. Republican legislators have repeatedly ignored the interests of their constituents. This specifically disenfranchises students and citizens of Salt Lake City, who widely vote Democrat.

Proposition 2, 3 and 4 were voter-approved laws to legalize medical marijuana, expand Medicaid and establish an independent redistricting commission respectively. Although each proposition passed with a majority vote from Utahns, Republican state legislators altered each proposition to minimize the impact of the bills.

All three of the legislature’s alternative proposals were divided along party lines. Former Gov. Gary Herbert made it clear the legislature would do what they wanted, regardless of the voters’ wishes. “Whether it passes or fails, we’re going to arrive at the same point and conclusion, which is going to be (of) benefit to the people of Utah,” he said to Deseret News regarding Proposition 2.

Utahns voted for an independent redistricting commission to draw district maps that legislators could vote on. Instead, Utah legislators selected their own congressional district map. The Princeton Gerrymandering Group, a non-partisan group that analyzes district maps, gave the map a zero for partisan fairness. “The Salt Lake City community is cracked into four parts, each of which is deprived of political power,” the group reported. “The ‘cracking’ of Salt Lake City eliminates political competition and divides a major community.”

The congressional map passed the Utah House 50-22 with five Republicans and all Democratic House members voting against it. In the Senate, Sen. Daniel Thatcher was the only Republican who voted against the bill.

The needs and concerns of a Salt Lake City citizen or a college student differ greatly from someone living in rural southern Utah. Americans in urban and rural communities have increasingly polarizing views on social and political issues. Dividing urban areas of Utah into different districts allows rural voices to overpower urban ones. Rather than honoring Utahns’ concerns regarding gerrymandering, Cox and Republican representatives demonstrated that partisanship matters more than democracy.

Republican legislators’ pattern of ignoring their constituents, particularly disenfranchises student voices. For many students, the 2018 state election was their first opportunity to engage in the political process. Seeing this blatant gerrymandering discourages young voters to see their voices go unheard.

University of Utah student Stuart Hepworth felt that the legislature disregarded his efforts to suggest fair district maps. In 2018, he began drafting congressional district maps and submitted them to the Independent Commission and the legislative redistricting committee.

Hepworth heard the legislatures were looking for something that incorporated rural and urban areas into the same regions. He then drafted a map under those guidelines while maintaining competition and allowing for a Democratic district. According to Hepworth, Rep. Suzanne Harrison made a substitution motion to replace the legislature’s map with his. “They shut down debate on the congressional map before that substitution motion came up for a vote,” he said. The map was only debated for about fifteen minutes in the House, which is concerning considering the map will define districts for the next decade.

Utah Republican legislators intend to discourage Utah Democrats from engaging in the political process. But giving in to discouragement will only allow for further corruption. “They benefit from people deciding that this isn’t worth their time,” Hepworth said. “It’s important for students at the University of Utah and young people across the state not to be discouraged by this, to keep fighting for good government.”

Utah legislature’s pattern of silencing Democrat voices, despite clear signs that liberal policies are popular with a large portion of Utahns, should fuel engagement rather than apathy. But instead of allowing frustration to keep students silenced, we can use it to ignite a more politically active student body.

The new district map could offer opportunities for students to influence change where it is needed most. These new lines make it difficult to elect a Democrat representative, but that only exacerbates the importance of being politically active. Students should see this as an indication to be more vocal and produce positive change — regardless of any discouragement.