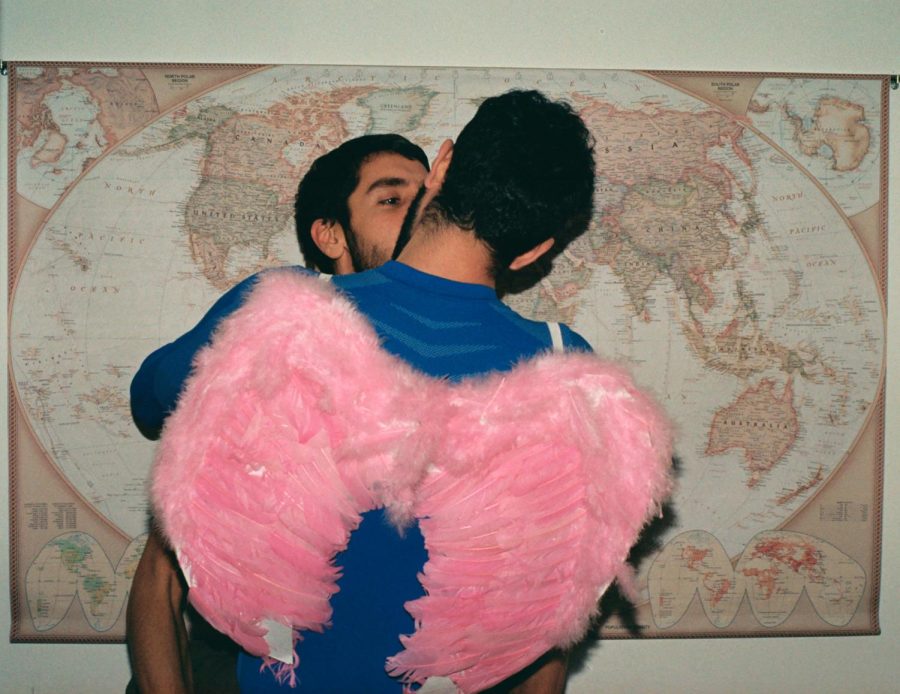 Although queer representation in film media has been on the rise in recent years, one truth appears to remain static: queer people can not catch a break. From untimely deaths and so-close-yet-so-far love tragedies to full-blown Romeo and Romeo complexes, the trope that LGBTQIA+ couples never achieve happiness has progressed into a colloquialism, begging us to examine how tragedy is represented on screen and at what point it becomes exhausting. Caution: spoilers ahead!
‘Bury Your Gays’ and Other Traumatic Tropes
Fans of the hit series “The Haunting of Bly Manor” know the drill on grievous endings. Queer protagonist Dani sacrifices her life, but her death does not come quick. Fans are instead indulged by a montage of Dani and partner Jamie’s happy, queer life together before Dani suddenly disappears and is found dead at Bly Manor by Jamie.

What may be worse than Dani’s abruptly heartbreaking death thrown into the very end of the series is the proximity to the couple gaining their civil union status, or possibly Jamie’s piercing cries to trade places with her lost love. While Dani’s death resolves the plot of the series, the choice to show years of loving, queer partnership cruelly torn away from viewers is certainly haunting.

Tagged “bury your gays,” the harmful trope of killing off queer characters and in effect highlighting an expendability compared to heterosexual counterparts is a common recurrence in these calamitous representations. Tragedies beyond the device of death plague queer media, including when women cheat on their heterosexual partners with other women, as seen in film “Disobedience” and the cult-coveted “The L Word.” Framing queer love as a forbidden exploration is invalidating and harmfully frames queer women as cheaters; love is not a phase.
Icarus and the Son
Euphoria’s Cal Jacobs is an intricate villain, and Season 2, Episode 3 “Ruminations: Big and Little Bullys” sheds some rainbow light onto Cal’s past. Diving into Cal and high school best friend Derek’s relationship, the episode exhibits another tragedy: self-suppression. Ultimately, the boys head to a gay bar in a ploy to be served underage and share a long-awaited tender kiss, slow dancing with INXS’s “Never Tear Us Apart” lulling in the background. Cal wakes the next morning to a call from his girlfriend Marsha with news of her unexpected pregnancy. Marsha and Cal marry, and Cal’s sexual exploration becomes further buried along with his queerness.

Them Magazine’s writer Micheal Cuby says it perfectly: “the show complicated a villain in an effective way without redeeming him.” Cal’s villain origin story illuminates the impact of suppressing one’s identity and subsequently shows that queerness is not a cop-out.
Queering the Air
Cal and Dani’s on-screen montages capture queer despair in glimpses, mirroring the fleeting nature of their respective plots. 2017 Best Picture “Moonlight”’s queer exposition is the stark opposite, drawing out over the course of a lifetime in a slow-burn heartache. Whether gradual or brisk, where do we draw the line when despair creates a deeper story and when gloom outweighs film integrity? Cal’s queer tragedy is integral to his character, yet Dani and Jamie’s last-minute loss is harsh and its purpose becomes questionable. Tragedy is an integral vessel within the art of storytelling, yet why do gay people suffer disproportionately? Perhaps filmmakers have sucked the painful side of queer history dry, leaving viewers hungry for a happily ever after.