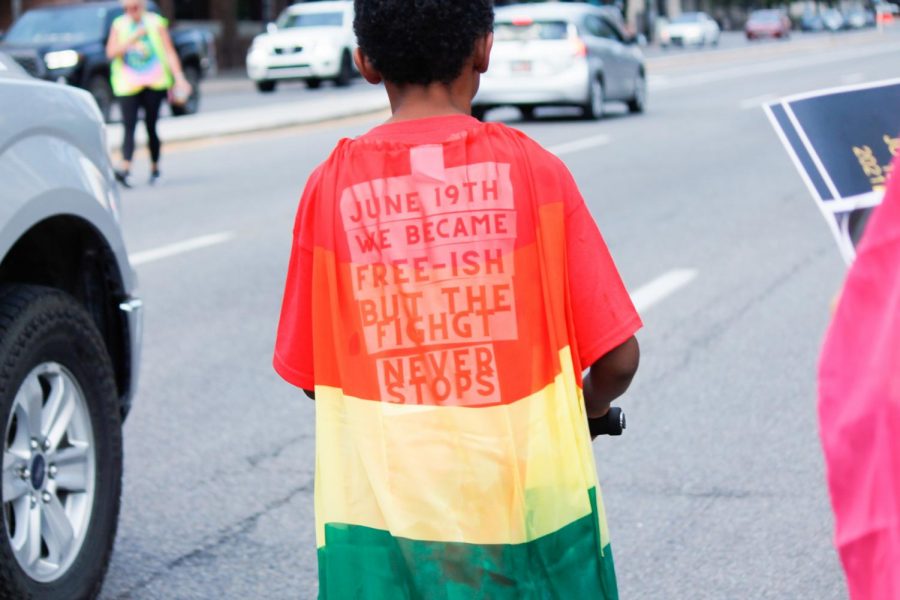 Rep. Sandra Hollins’ House Bill 238 aimed to recognize Juneteenth National Freedom Day, or “Juneteenth,” as a state-observed holiday. Rep. Hollins and Ogden’s NAACP Chapter President Betty Sawyer worked tirelessly on the bill, and their hard work paid off when Utah’s legislature passed it unanimously before the session ended. Now, Utah is in line with federal policy in recognizing Juneteenth as a legitimate holiday.

I find the bill’s passage incredible for numerous reasons. The first Black woman to serve in the Utah state legislature sponsored the bill, which is both inspiring and shocking for Utah in 2022. The bill also marked a milestone for Utah’s Black community who promoted Juneteenth as an effort in equity, diversity and inclusion. Sawyer herself has been working to get Juneteenth recognized here in Utah for 33 years. But most importantly, passing H.B. 238 allows for more people to understand the importance of Juneteenth and better appreciate the holiday. Celebrating Juneteenth as a state and federal holiday will help us live out the values we committed ourselves to back in 1863.

Juneteenth is celebrated on June 19 and marks when slaves in Galveston, Texas, were finally emancipated in 1865. With the issue of the Emancipation Proclamation in 1863, slaves were declared free but not actually freed. It wasn’t until Union forces entered slave states and enforced the proclamation that Black people were finally freed from slavery. However, because Union forces were not present in every state, some states, such as Texas, held on to slavery as long as possible.

However, on June 19, 1865, Union General Gordon Granger arrived in Galveston, Texas to tell the last group of slaves in the United States that they were officially free. From that day on, the Black community celebrated Juneteenth as a “Second Independence Day,” and has been a huge affair since 1865.

Traditionally, Juneteenth is commemorated by grand festivals, including parades, barbecues, events and parties. But most state governments did not recognize Juneteenth officially until last year, when President Joe Biden signed a bill into law designating Juneteenth as an official American holiday. The move followed the historic protests of 2020 in efforts to push equity, diversity and inclusion. Now almost every state, except for South Dakota and the District of Columbia recognize Juneteenth as a state holiday or day of observance.

Utah typically celebrates Juneteenth with organized events by the Utah Juneteenth Festival and Holiday Committee, but it’s always been an informal celebration that most Utah politicians don’t talk about. Now that it’s a state holiday, I’m curious to see how Utahns outside of the Black community will celebrate it, if they do at all. Celebrations of Juneteenth in Utah have been contested and met with harsh feedback before.

Last year, the Utah Jazz’s Donavon Mitchell shared a post on his Instagram about Juneteenth, highlighting racial injustice in the U.S. Immediately after, Mitchell received hateful messages denying Juneteenth’s importance and mocking his post. The comments spoke volumes about Utah’s culture surrounding the Black community. Many Utah fans voiced their criticism of Mitchell and only appeared to support him during sporting events and athletic endeavors. However, when it came down to the real issues, like standing in solidarity with the Black community over police brutality, such support was nowhere to be found.

We can’t pretend that Utah’s Black community faces the same equal treatment and respect as their white counterparts. There’s still racism at work in Utah today, whether you choose to see it or not. But, celebrating Juneteenth can change Utahns’ mentality and ultimately, Utah culture for the better. Juneteenth shouldn’t just be a Black holiday for Black people only. It’s a legitimate celebration of freedom in this country, and knowing how we celebrate the 4th of July, Juneteenth deserves the same reception.