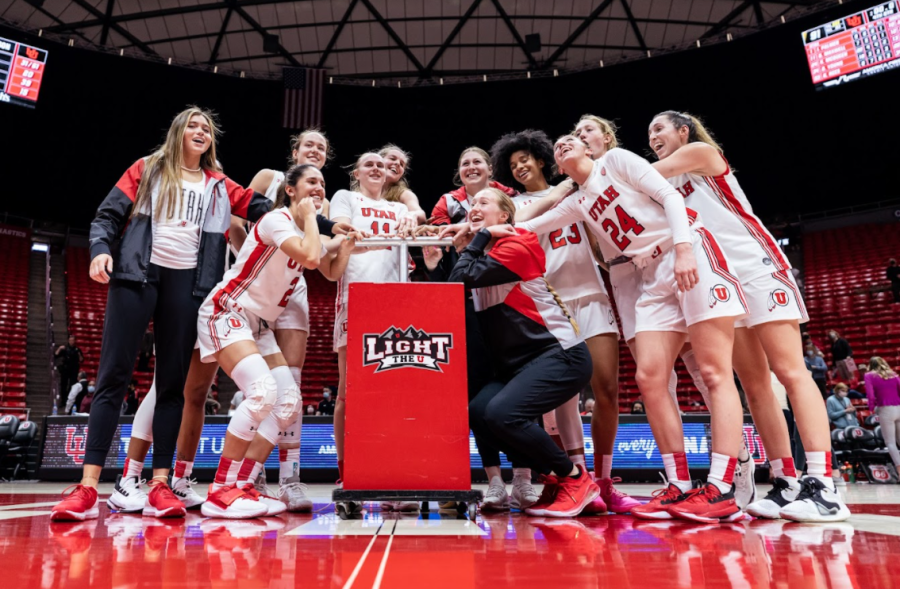 The Utes were led by Kennady McQueen who scored 20 points on the night. McQueen shot 6-9 from the three-point line in one of her better shooting performances of the year.

McQueen, in her second year with the program, finally led a game in scoring. What doesn’t show up on the stat sheet is that McQueen has been the leader of this team on and off the floor for the past year.

“Kennady is fearless,” head coach Lynn Roberts said. “There isn’t a single possession where she doesn’t give it her all. I am incredibly proud of her efforts and the sky is the limit for her.”

The other driving force that has pushed the Utes forward this year has been Gianna Kneepkens. Kneepkens scored 16 points in the game and was the second-leading scorer for Utah.

Roberts was proud of her team’s performance against a tough Arkansas team.

“We played a really good game,” she said. “Shout out to Arkansas they are a really good team. [I have] a lot of respect for the program they have. Excited we get to stick around in Austin for a couple more days.”

“We played really well, we executed our game plan,” McQueen said. “We all know going into March we were going to get [the best] teams … and we played our best today.”

McQueen’s post-game comments seconded the tremendous confidence the Utes had. They shot 15-31 from three, a performance that carried them to the victory against Arkansas.

The shooting helped overcome a 19-turnover night, Utah’s worst turnover showing in weeks. On nights where shots fall the way the Utes did though, turnovers are a secondary worry.

Utah will play the Texas Longhorns on Sunday at 3 p.m. MDT.
First Half
McQueen lead the way with 11 points as Utah was up 44-27 at the half against an Arkansas game that came out flat.

The Utes took a big lead at about the seven-minute mark and took control with the three-ball. Utah shot 7-14 from three in the first half.

Isabel Palmer came off the bench and provided a spark of seven points.
Second Half
Shots continued to fall for Utah as the lead was cemented by a 15-point run in the second half to give the Utes the win.

The Utes never gave up control. Roberts’ squad played tremendous defense down the stretch and shot the lights out. This was the Ute’s best offensive showing of the year, even outdoing their win against Oregon.