Letter: The Time for Transit is Now 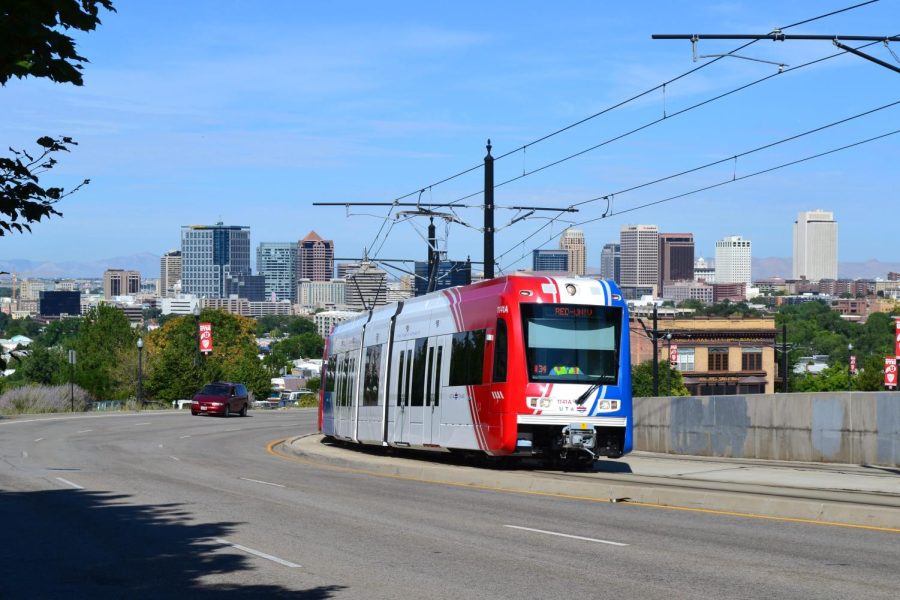 When I began attending the University of Utah in 2017, I immediately realized that I didn’t want to drive from Herriman to Salt Lake and back every day, so I started commuting on the local TRAX. The trip may have been longer, but I saved money on gas and helped improve air quality in the valley. However, the trains and even buses failed to connect me to friends, relatives, or any other destination on my list — and I never really thought much of it.

That changed when I lived in France and Belgium for two years as an LDS missionary. I found that getting around wasn’t a hassle — buses, trains and subways took me anywhere I wanted to go. I didn’t have a car, but that wasn’t an issue. While owning a car is practically a requirement in Utah, in France it’s just another option.

Utah is one of the fastest-growing states in the U.S. with much of that growth being centered in Salt Lake County. But as more people fill homes and jobs, cars flood the already crowded streets and sustainable travel options remain limited for Utahns. Our state needs to get serious about sustainable public transportation.

It’s not that the city hasn’t tried, the implementation of TRAX and Frontrunner trains contributed to fewer car trips per day before COVID-19, meaning less traffic congestion and shorter rush hours. Motor vehicles contribute to more than 50% of emissions in Salt Lake, poisoning the air we breathe. The Utah Transit Authority (UTA) even offered “Free Fare February” last month where all UTA services, buses, trams and trains, were completely free the entire month (including ski buses). But if you have ever taken the train or bus before, you may be hesitant to try again, even with a monetary incentive.

When riding on TRAX, it’s not uncommon to find trash and soda spilled on the floor, and shoe marks all over seats. Bus bridges constantly plague trains too, promising delays of up to 30 minutes of precious time out of your commute. Despite the addition of new trains for the Red and Green line expansions in 2010, they seem to have constant maintenance issues, dragging out your commute.

My drive to school takes me 30-35 minutes in normal traffic. Taking the train takes on another 30 minutes, and mechanical failures can bring it up to an hour and a half. Factoring in 15-minute intervals between trains, if I weren’t such a transit junkie, I would be driving every day.

In addition, the current TRAX system heavily serves the core of the valley along I-15, ignoring most East-West travel. Light rail needs to be extended to population centers like those in Herriman and Taylorsville. My hometown of Herriman has a 10% annual population growth, yet its new town center is devoid of buses and trains, leaving many commuters to drive.

Using electric trains may be great for the environment, but if Salt Lake is truly serious about transit and sustainable travel options, support needs to be given to UTA to maintain and expand transit vehicles, stations and infrastructure.

There may, however, be a light at the end of the tunnel. A new bill in the Utah Legislature, HB322, would put UTA and future transit projects under the Utah Department of Transportation (UDOT), giving transit access to state resources rather than UTA needing to lobby for every individual rail tie. This would not only bring about better public transit but, according to Utah House Majority Leader Mike Schultz, it would save us, taxpayers, billions of dollars over the next couple of decades.

This bill has received pushback for various political reasons as well as individuals’ opinions, but the research is clear that diversifying transportation and providing sustainable alternatives for driving clears the roads and the air.

We are slowly moving in the right direction, and you can help by engaging in the conversation. Try taking the train once or twice a week. Talk about public transit instead of shooting it down or dismissing the topic because “it doesn’t impact you.” Like it or not, the trains are coming, and I’d much rather we take the time to plan it properly than rush it in too late.