Utah Baseball Struggles This Week Against BYU and Oregon 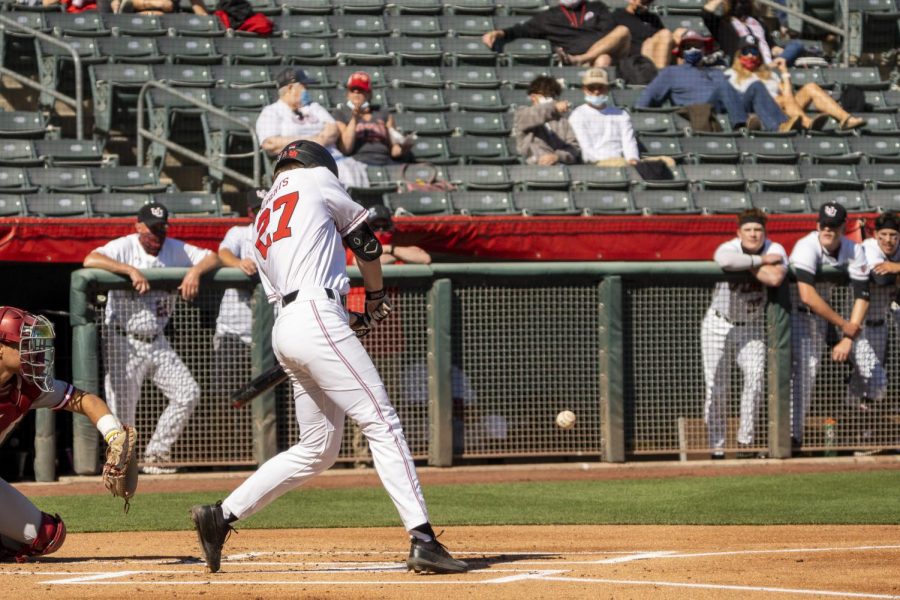 The University of Utah baseball team (11-7-1) struggled this week. Despite having a good season so far, Utah cracked under the pressure.

Utah opened up the week in a home game against Brigham Young University. Utah’s fielding fell apart, allowing BYU 10 runs in the first six innings. Utah was completely unable to score during that time, leaving them in a 10-0 deficit.

Utah eventually started to find their rhythm against BYU, but it was too little too late for the Utes. They narrowly avoided the shutout as they got three runs in the eighth, but it wasn’t enough to turn the tides for Utah as they lost 10-3.

The Utes were able to capitalize on a bases-loaded situation in the eighth to score three runs and ensure that they weren’t shut out. Utah will face BYU two more times this year, and still have the opportunity to win the series.

Utah then spent the weekend in Eugene, Oregon, where they played the University of Oregon in a three-game series.

Utah got on the board early, scoring three in the second, but Oregon was able to tally two to keep it a tight game. Oregon then got two in the third and one in the fourth to take a comfortable lead of their own.

Utah was finally able to put another run up in the fifth, but Oregon had different plans. Utah gave up five runs in the fifth and was unable to rally back from that. The game ended with Utah losing 4-11.

TJ Clarkson recorded his fourth home run of the year, leading the team. He reached base for the 15th consecutive game, and Kai Roberts did it for his 13th.

The second game went similarly for Utah. They jumped out to an early 3-1 lead in the third. That lead jumped to 6-3 in the seventh with a homer from Chase Anderson to score Landon Frei as well.

But a late surge by Oregon led them to score five in the eighth to take a late lead. Utah seemed very in control of the game, but they were just unable to close out as the Utes lost 6-8.

Utah was still on the hunt for a win this week as they came up against Oregon for the third and final time. Utah went down 0-2 early in the second inning and were unable to come back. Utah was only able to score two runs, finding them in the third and fourth inning.

Utah tied it up in the top of the fourth, but a big inning by the Ducks saw them regain the lead with three runs in the bottom of the fourth. Utah was never able to hold a lead and once again saw the game slip away from them as they lost 2-7.

Frei scored off a single by Britt Graham in the third, and Roberts scored off a walk from Anderson in the fourth.

This was a disappointing week for Utah as they went winless, but they look to turn things around with lots of time left in the season.

Utah will be coming home for their next series as they take on Northern Colorado for midweek games and face Mercer over the weekend. Utah looks to turn the tides after a poor week of competition.