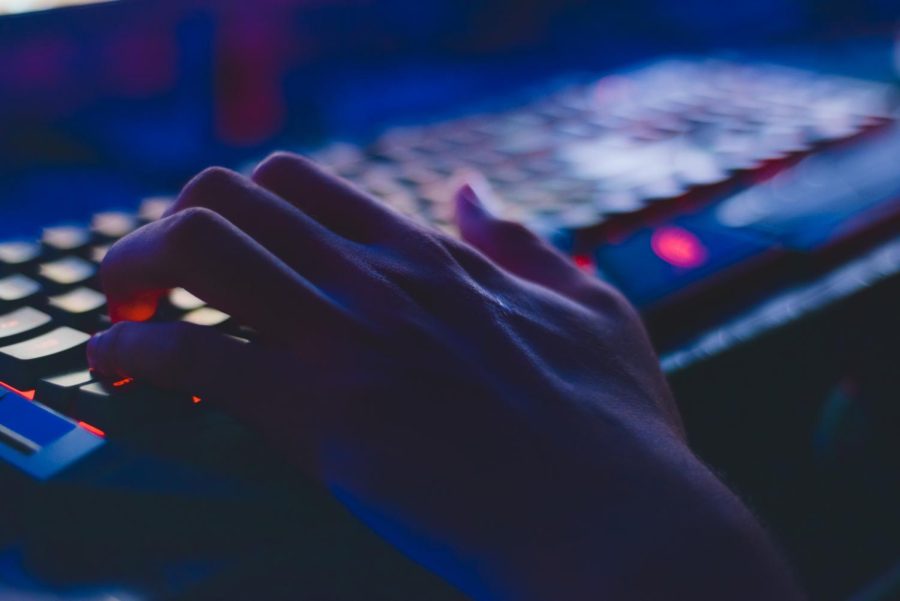 The University of Utah’s School of Computing feigns interest in students of marginalized identities by placing the burden of meaningful change on their shoulders. It fails to account for intersecting identities and uses affinity groups as the primary initiative to retain marginalized students, disregarding the responsibility of the wider computing student body.

Manisha Magar, an Asian woman of color and a computer science pre-major student at the U, noted her struggle with academics on top of making friends in the School of Computing. “The majority of the guys think that women think creatively and men think more critically,” she said. “They literally say that, ‘Oh they’re smarter than women,’ they have said that to me.”

Gabrielle Shull, a computer engineering student, identifies as agender, biromantic and bisexual. Ey applied to be a TA for the SoC and the process wasn’t inclusive of eir identity. Shull said, “The School of Computing’s website asks for a legal name when creating an account, but doesn’t allow adding a preferred name and doesn’t allow changing the name after and it’s frustrating.”

Students of intersecting identities develop Stereotype Management to cope with negative treatment from their peers. The American Research Journal describes this as a strategy where “successful minoritized students often find an identity that is an amalgam of their STEM and ‘colored’ identities; however, this comes at the cost of altering their self-defined authentic (though evolving and fluid) identities and an overuse of personal grit, defined as perseverance and a passion for long-term goals.”

As someone who identifies as a queer woman and Latine, I have experienced racial, misogynistic and homophobic microaggressions from my fellow students in the SoC. One of these incidents affected me so severely that I felt unable to attend class and my grades suffered. This put my scholarships and my full major status at risk. Other experiences have ended friendships or resulted in my reporting behavior to the administration.

Anna Bell is a data science student who identifies as a queer woman and recently won the 2021 Women Tech Award from the Women Tech Council. She describes her experience as a gender non-conforming woman. “I deliberately try to look more passing when I come to campus,” Bell said. “I also do that when I come to woman-oriented events.”

The Computing Research Association found that LGBTQ+ women more commonly think about leaving their computing major due to lack of belonging. Additionally, “wanting to leave their major was most prevalent among female LGBTQ students who belong to two minority groups within computing.” Underrepresented students shouldn’t have to grow thick skin and water down their identities to have a chance at survival in engineering. The school should be teaching all of its students how to make engineering spaces inclusive.

The Journal of College Student Development found that queer engineering students feel that the intense course load leaves them little time to participate in their activities outside of school. For queer students, identity and community are essential as engineering spaces don’t allow them to thrive. Voluntary student organizations and events for affinity groups take precious study time away from minority students who already face a lack of time due to existing obligations. Students who aren’t marginalized by the SoC don’t need to spend hours of club time just to feel like they could be engineers.

These affinity groups based on singular identities lack intersectionality. Just as woman-oriented spaces struggle with being inclusive of gender-diverse individuals, so do LGBTQ+ computing spaces with being inclusive of students of color. Magar grapples with this: “I want to be a part of it. And I have been researching and trying to explore but there aren’t any groups that would make me feel included.”

Students who don’t face the challenges of being underrepresented in computing aren’t expected by the administration to play any part in changing the foundations that the SoC is built upon. The U’s SoC needs to place responsibility on the wider computing student body to create inclusive environments instead of depending on diverse students to voluntarily participate.

Students can use their privilege to be an advocate, but there is a reluctance in fear of negative social and academic consequences. Bell used her privilege to speak up for her classmates by being persistent. She kept asking professors and other administrators to address student concerns. “There’s always some fear that there will be repercussions like people are going to think that you’re crazy or that you’re unstable or that you’re mean, or that you’re sensitive or something like that. All of which have nothing to do with the concern that you have, or your professional capability.”

The environment the School of Computing has created is demonstrated through examples of people with privilege unapologetically discriminating against marginalized students in public spaces. Shull describes how during eir first programming course, ey experienced a professor being excessively harsh. “Whenever e would respond to a prompt from the professor, the professor would almost get to some degree angry or maybe not even necessarily angry, but would kind of answer like, loudly and condescendingly with rhetorical questions. Back at that time, e was starting to socially transition and started to wear feminine clothes and stuff like that, and didn’t really pass.”

By focusing on teaching how to create more inclusive environments, marginalized students won’t have to heavily rely on coping mechanisms to get through their degree. All students benefit from more diverse social spaces in engineering. Having friends in the degree is one of the strongest predictors of STEM retention and beneficial academic outcomes. It can help marginalized students handle negative experiences better and more privileged students learn wider perspectives.

The lack of consideration by the School of Computing demonstrates their indifference towards marginalized students of intersecting identities. Every space must be an inclusive space, not just one that students can voluntarily enter. Inclusion is everyone’s responsibility.