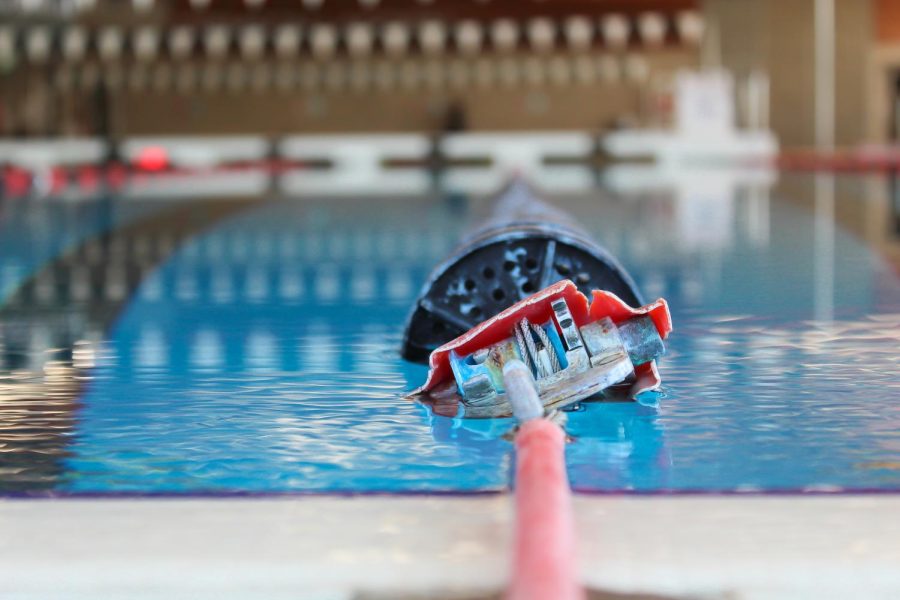 Waxman first competed in the 1m, earning the second best score in University of Utah history. In an event with 48 total athletes, Waxman finished with a total score of 279.35, earning her 21st overall. She also came second in Pac-12 divers in the competition, Arizona diver Delaney Schnell finishing just ahead.

“Holly did an incredible job today and was so close to earning All-America honors. She was poised and steady throughout and looked like a veteran of this meet rather than someone competing here for the first time,” head coach Richard Marschner told Utah Athletics. “I’m so proud of her and what she’s accomplished and I can’t wait to see what tomorrow brings.”

The next day, Waxman finished up her freshman season in Atlanta. She finished 38th overall in the 3m, earning a total score of 274.65 points to finish among the best athletes in the entire country.

“Holly finished up a great season today and I’m really happy with how she did this year and how she did this meet,” coach Marschner said via Utah Athletics. “We would’ve liked to have gotten into the All-America realm but she just missed out. It’s very difficult to come into this meet as a relative unknown on the national level and dive so well. She definitely earned a lot of respect and gained experience that will help next year and beyond … Holly has the drive and the ability to make the improvements she needs to make so that next year we can achieve that All-American status,” Marschner said.

Overall, it was an incredible freshman season from Waxman. Back in January, after Senior Day, she credited the team for her incredible success, telling me that she hoped the athletes could “continue to set personal bests.” Waxman set a precedent and an example for incoming freshman athletes at the University of Utah. She showed how even newcomers can have an incredible impact on the team, and she has earned a relaxing offseason.
Men’s Swim and Dive
This past week, starting on March 23, the Men’s Swim and Dive team took their turn competing in the NCAA Championships. They traveled down to Atlanta, Georgia to try to finish up their season.
Wednesday
To start off the Championships, the men’s team followed Waxman’s example by posting a school all-time record in the 200 medley.

The “A” team that has helped the Utes in so many ways this season continued their impressive season. Andrei Ungur, Jaek Horner, Cooper deRyk and Finn O’Haimhirgin finished with a final time of 1:23.62, narrowly beating their own record they set just a few weeks ago at the Pac-12 Championships. They finished in 16th place overall, competing with the best athletes in the country.
Thursday
The following day, March 24, saw the Men’s dive team competing at the Championships. Senior Tony Chen and junior Jenner Pennock, who have had plenty of highlights this year, competed in the 1m.

“We had a bit of a rough start today as nerves got to us a little bit,” coach Marschner said. “Tony missed his first dive but came back strong and hopefully built some momentum going into the 3-meter, which is his better event.”
Friday
The Utes had a very strong day on Friday, setting multiple records throughout the day of competition. In just one race, the 400 medley, the Utes broke two school records. Ungur also put an impressive finish on his season, breaking the 100 back record twice.

“The relay lowered the school record by one and half seconds, which was really impressive considering the school record was only three weeks old,” interim head coach Jonas Persson told Utah Athletics. “We were a few spots away from scoring, which is unfortunate, but I couldn’t be more proud of these guys. We’re beating pretty good teams in these relays, which is really a great confidence boost for our team and looking good for our future.”

In the 400 medley, Ungur, Horner, Ben Waterman and O’Haimhirgin competed against other top athletes from Purdue, Florida State, Penn State, Texas A&M and North Carolina. Ungur started the team off strong, with a 45.05 time for the 100 back, breaking the record that he himself had just set that morning. Horner then swam the breaststroke with a time of 52.08. Waterman followed up by swimming the fly with 46.19, while O’Haimhirgin swam the freestyle in 42.52. The team together broke the previous school record, with their new time of 3:05.84, earning a 20th place overall finish despite the fact that they came in seeded at 30th place

“We haven’t been this successful in our relays in a long time,” Persson said. “It shows that our guys are buying into the culture, buying into a winning mentality and training really hard. Three swims and four school records, wow!”

Earlier in the day, Ungur earned 20th overall with a time of 45.46 in the 100 back, setting a record that he would later break again. The previous best was actually held by Ungur’s brother Paul, with a time of 45.52 from the 2018 Pac-12 Championships.

“Andrei had a fantastic day. Lowering his personal-best by almost half a second in the morning and then another half second in the afternoon in the relay, breaking the 100-back school record twice,” Persson said. “Unfortunately, he was a few spots behind scoring in the 100-back, which would’ve scored any other year.”

Chen, after a bit of a disappointing showing on Thursday, finished up his career Friday in the 3m. He finished with a total score of 306.10 to come in 42nd overall, while Ben Smyth, who, like his teammate Waxman, had an incredibly impressive freshman season, finished with a final score of 248.65 points, earning 47th place.

“I want to highlight what a great career Tony had here and how great of a person and teammate he is,” coach Marschner said, honoring Chen. “It obviously didn’t end the way we had hoped today but I am so proud of Tony and I know that he really wanted to perform well for the team today. He shouldered the weight of being great and being the #1 guy on the team for so long and he never backed down from that. This team and university mean so much to Tony and he’ll forever be a part of this program.”

Chen finished up his Utah career with quite the resume. Having the third best score all-time at Utah on the 3m and the fourth best score on the 1m, with scores of 426.35 and 367.10 respectively, he ends things a three-time qualifier for the NCAA Championships. He also earned a place on the 2020 CSCAA All-American team.
Saturday
The Utes finished up their season on Saturday. To close things out, Ungur raced in the 100 free while Smyth and Pennock finished up their seasons on the platform.

“Andrei was fatigued from the week and just didn’t have enough juice in his final event to score,” coach Persson said via Utah Athletics. “Andrei started by dropping a half second in the 100-back, then dropped another half second as lead off in the 400-medley to help the team break another school record by 1.5 second, which will be competitive for the next couple of years. He opened up the meet with the 200-medley relay which also set a new school record, so it was tough to go out there today on what you could call an empty tank.”

“We had a great season and I’m really proud of this team’s accomplishments,” coach Marschner said. “To be one of only nine teams to have three men divers here is pretty phenomenal. We didn’t quite have the outcomes that we were expecting this week but we gained some very valuable experience. The first time competing at this meet can be very intimidating and I think it got to us a bit. We did, however, start to figure things out toward the end and this will really help Ben and Jenner when they get back to meet in the future.”

The Utes finished up the 2022 NCAA Championships with plenty of records. The 200-medley, the 100-back (twice), the opening leg of the 400 medley and the 400 medley overall were all new records set by these Utes.

“Overall I thought we had a really good week,” Persson said. “Four school records in three races is incredible and it was great to see Cooper end his career contributing to that 200-medley mark. Our guys are buying into the culture, training hard and we are excited about what’s to come.”
In Conclusion
2021-2022 was a difficult but rewarding experience for the Utes. The team had plenty of highlights throughout the season. Whether it was their Pride meet, showcasing and honoring representation at the University, or Waxman’s incredible record-setting freshman season, 2021-2022 will be a season that will go down in the history books for the University of Utah.

The returning athletes now embark on a long offseason, where they will be sure to train hard enough to come back in 2022-2023 and compete even better than this year.