Utah Athletics’ Most Memorable Moments of 2021-22 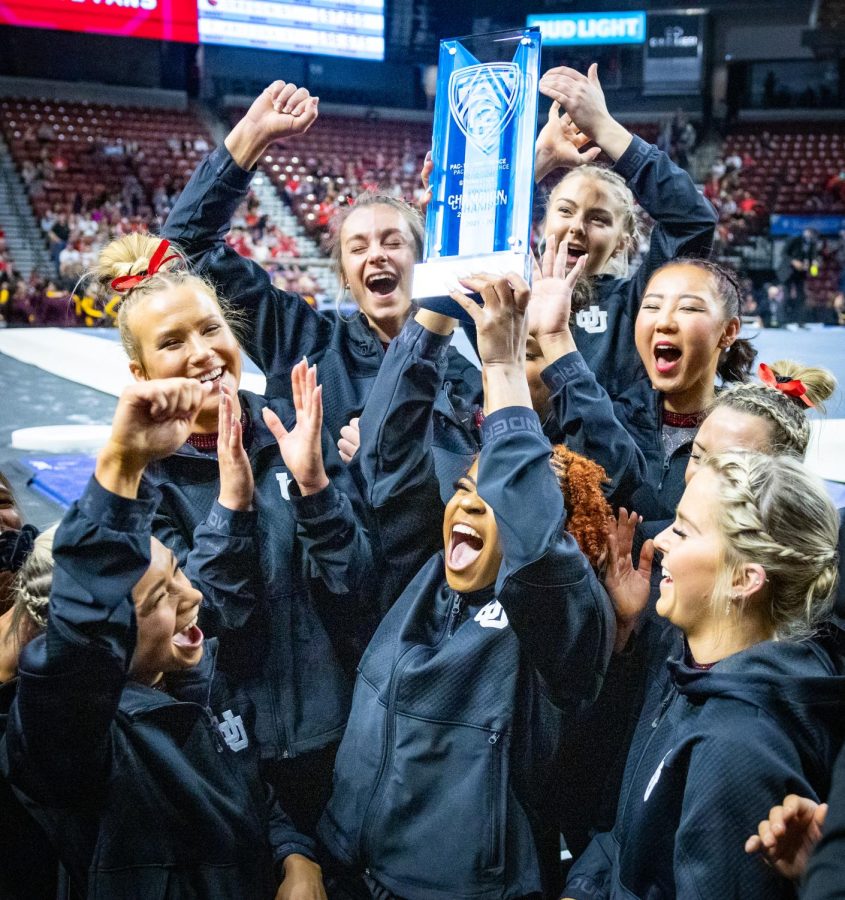 The University of Utah has had an incredible year of athletic achievements, perhaps among the most successful in school history. Across multiple sports, the U has stamped itself as one of the premier schools in the country with many top-tier athletes choosing to share their talents with the community.

It’s tough to pick the best moments of the season across all the teams and athletes the university has to offer, but a few of them stand out among the rest. Here are the best athletic moments from the Utes this season.
Volleyball Heads to NCAA Tournament
The Utes qualified for the NCAA Tournament this season for the sixth straight year, marking their 19th appearance as a program. They had their first regional match in Provo, where they defeated Utah Valley to advance to the second round, where they unfortunately lost to BYU.

Utah finished the season ranked No. 17 in the country, third in the Pac-12 and set multiple program records along the way. Though they will be losing Ute legend Dani Drews next season, they’re set up for success for many years to come.
Women’s Basketball’s Bounce-Back Season
Utah’s women’s basketball team recently finished up a remarkable run to the second round of the NCAA Tournament.

After a disappointing 2020-21 season, the team improved substantially this year and went all the way to the Pac-12 Championship game before falling to Stanford, perhaps the best team in the nation.

Following their run in the conference tournament, Utah improved their seed for March Madness, entering as a seventh seed and beating 10-seed Arkansas in the first round. They lost to two-seed Texas in the round of 32, ending an inspired run that saw Utah’s two freshmen win multiple conference honors and engrain themselves as building blocks for the team moving forward.

Gianna Kneepkens and Jenna Johnson will be cornerstones of the program for the next few seasons, the majority of the roster will be returning for another go and it’s clear that Lynne Roberts and her staff are building something special in Salt Lake.
Gymnastics Wins Pac-12 Championship
Utah’s gymnastics team has routinely been one of the most dominant programs in the country, housing multiple Olympians and some of the country’s best. The Red Rocks took home the Pac-12 trophy in a thrilling match. The Utes had a few hiccups earlier in the season but were dominant when it came to winning time.

Entering the match day, there was a four-way tie at the top of the conference which included Utah. They dominated the competition at the Maverik Center on the way to the Pac-12 title. Utah continues to establish itself as one of the best gymnastics programs in the country, and it will be attracting Olympians and other top-tier athletes to the Huntsman Center for years to come.
Utah Football’s Rose Bowl Berth and Pac-12 Championship
Utah’s football team had its most successful season since joining the Pac-12, winning the conference championship and participating in one of the best Rose Bowl games in history.

Utah dominated Oregon twice en route to winning the conference championship in Las Vegas. It was the first Pac-12 title for Utah since joining the conference, one that they will attempt to defend this coming season. Following the victory, the Utes were invited to the Rose Bowl in Pasadena, California to play in “The Granddaddy of Them All.”

The Utes eventually lost the game 48-45 in a shootout to Ohio State, but that did not diminish the accomplishment of making it to the game and going toe-to-toe with one of the best programs in the country.

This season was Utah’s coming-out party, a way of telling the college football world that they’re here and they’re here to stay. They’ll send multiple players to the NFL in the upcoming draft. Following a rocky start, they rallied and made an incredible run to a New Year’s Six bowl game, leading to them being ranked within the top echelon of college football teams going into next season. The most successful football season in recent program history is just the beginning for this team.
Wrap Up
These Utah Athletics programs have had a stellar season, and there are many more teams set up for success next year and into the future. The U has progressed so much over the past few years, and there are sure to be many more incredible achievements and future successes for all of the athletes who attend.