‘Artivism for Earth’ Continues the Conversation on Climate Change 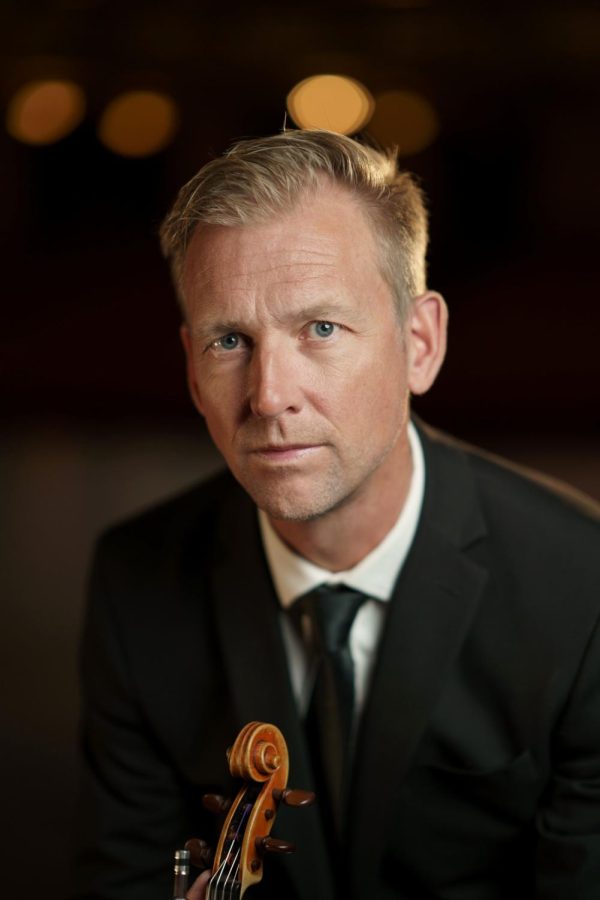 (Portrait of Hasse Borup via the University of Utah's faculty page)

In the year since Artivism for Earth’s initial launch, and six months since highlighting their work for the Chronicle’s Environmental Issue, Co-founders Hasse Borup and Elisbaet Curbelo found new ways for the project to thrive. As their reach expands, the creators spoke about the origins of the idea and their changing goals for impacting climate awareness.

Looking Back on the Launch

Artivism for Earth took shape in the spring of 2020 through the University of Utah’s School of Music, where Borup and Curbelo are professors. With support by the 1U4U Innovation Fund, the objective was to raise climate awareness through data-driven performance pieces. The initial plan was to collaborate with researchers and artists from across institutions and host a series of in-person events, sparking dialogue around climate activism during the 2020 Vice Presidential Debate held on the U’s campus. When pandemic restrictions made that difficult, the collaborators shifted to a fully online presentation of their first major launch “Artivism for Earth: Expressions of Loss and Hope” on Earth Day, April 22, 2021.

While not their original intention, fully virtual programming has proven effective for Artivism for Earth’s format. Where live performances are fleeting, “Expressions of Loss and Hope’’ are not. The project website serves as an archive of sorts, cataloging new works from student and faculty while effectively presenting the data behind it.

Curbelo and Borup were recognized nationally this year during the inaugural Anthem Awards, where Artivism for Earth won a Bronze award in the Sustainability, Environment and Climate category for awareness. “It’s validation for what we’re trying to do,” Borup said. “It’s nice to win, but it doesn’t change the amount of work we have to do. It’s not the reason we did this.”

Artivism for Earth’s compositions will also be featured during Columbia University’s Earth Day 2022 events. Columbia’s 2021 event “The Sound of Science: Artists and Scientists Discuss Climate Change” featured Paul D. Miller, aka DJ Spooky, who recently performed “Rebirth of a Nation” through UtahPresents at Kingsbury Hall. He met with Borup and included Artivism for Earth’s online content in the programming.

Moving From Their Roots

Curbelo and Borup are excited for the exposure that Columbia’s Earth Day will bring, but the two aren’t looking for another large launch any time soon. In fact, they want to break from the tradition of centering Earth Day — collective awareness about climate change needs to exist year round. “The question remains as to how the bigger structure [of the project] moves forward,” Borup said.

Currently, three of Curbelo’s Ph.D composition students, two of which were involved in the “Expressions of Loss and Hope,” are working on new climate-related pieces to be added to the project. Dallas Herndon’s collaborative piece with Dark Sky Studies at the U will premiere in Fall 2022, using choir and electronics to discuss light pollution. Zheng Zhou composed the piano piece “Where the Buffalo Roam” about human impact on island environments and Amin Sharifi composed “Distorted Landscapes” for flute and multimedia about the threat of industrialization.

Curbelo also introduced another way Artivism for Earth is being shared — lesson plans. Canva’s new educational programming included Artivism for Earth’s Arctic Sea Ice project in lesson plans for middle schoolers. Educational outreach has always been at Artivism’s core, and Curbelo takes a lot of pride in the smaller steps they’ve taken in this direction.

Part of Artivism’s start was needing a flexible format because of the pandemic, but it’s a component Curbelo embraces. “We like keeping an open mind, ” she said. “[Artivism] is not just a concert or a conference. We can utilize whatever format will help the cause the most. All of these things are a ripple effect from the first launch.”

Artivism for Earth started with collaboration, reaching across scientific and creative disciplines to produce something unique. In that way, Borup and Curbelo are still looking for collaborators. They invite students and faculty who have enjoyed “Expressions of Loss and Hope” to reach out with ideas for how Artivism can continue growing.

“Artivism for Earth: Expressions of Loss and Hope” is available on their website.

The Music 4 Climate Justice panel featuring Borup and Curbelo is available on YouTube.