The Daily Utah Chronicle • May 8, 2022 • https://dailyutahchronicle.com/2022/05/08/bringhurst-torres-big-tech-regulation-twitter-elon-musk/ 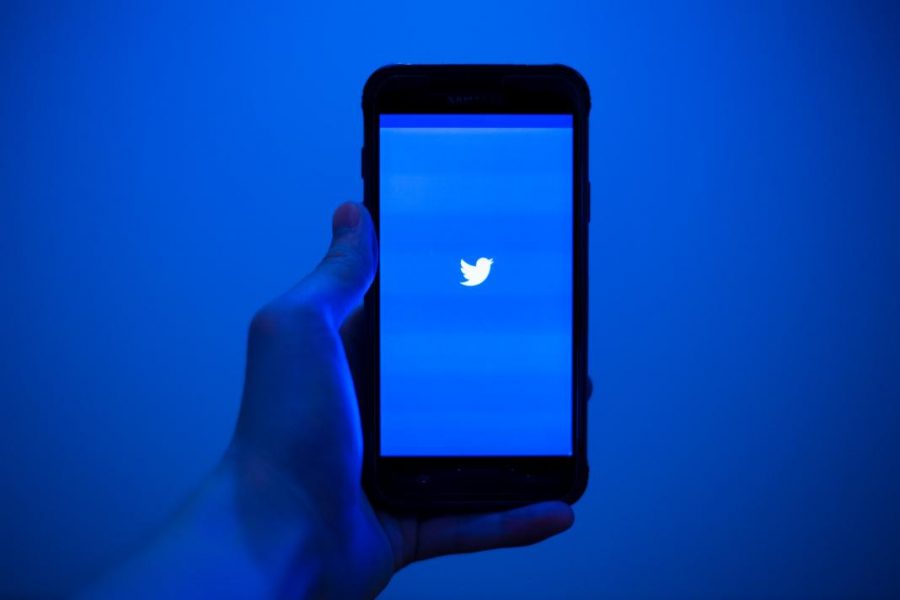 Social media pulled up on the phone on Wednesday, March 14, 2018. (Photo by Curtis Lin)

By Maggie Bringhurst and Gaby Torres

The internet erupted into discourse following Elon Musk’s $44 billion purchase of Twitter. Besides debating the role of billionaires in our society, this move incited conversation about big tech’s usage of users’ personal data.

With consumption of online content rising, Utahns need to protect themselves while online. Current data management practices exploit users. We should work towards a future that values data accessibility and holds big tech accountable.
Big Tech in Our Backyard
Data management legislation in Utah has become more prevalent. Recently, the Utah legislature passed S.B. 227, a bill protecting user data by requiring companies’ transparency about how they use it. But regulation of personal data is more nuanced than just asking individual users for consent to store their information. More steps must be taken to safeguard digital privacy in our state.

Sameer Patil, a privacy and security researcher and associate professor at the University of Utah, says that people overestimate how much control their consent gives them.

“There are ways in which we are all networked and interdependent, and because of that, one person’s decisions may not necessarily be as effective as they think,” Patil said.

Legislators lack the technical knowledge necessary to make informed and effective rulings. “One of the ways in which we need to think about regulation is not just having regulation, but that it needs to be enforced,” Patil said.

But this comes at the cost of one company securing private ownership over Utah’s data. Privatizing infrastructure like an entire city’s internet means Google can build a comprehensive profile from your information. This kind of hyper-personalization improves user experience but can also work against you.

Google was exposed for their partnership with Immigration Customs Enforcement, which allows them to exchange detailed information about your digital footprint on every Google service. “That can be beneficial, but it can also be harmful,” said Patil in regard to Google’s access to such a large amount of Utahns’ data, “That’s where the regulation comes in. What are the players who have large amounts of the data and what are they permitted or not to do with it?”
Algorithmic Transparency and the Illusion of Free Speech
Technology regulation has the potential to undergo significant changes in the coming years, as threats to privacy increase and new actors enter the playing field. Musk’s most intriguing aspiration is for Twitter to establish an open-source model which promotes algorithmic transparency. Musk claims they will give the public full access to the code behind which tweets appear on their timeline. Increasing transparency sounds like a valiant endeavor but implementing it in a meaningful way is near impossible.

Twitter, like most social media algorithms, uses machine learning, which changes rapidly in response to data and can’t be inspected like regular code. We can only guess what Musk’s open-source model will actually look like, but it isn’t likely to hold Twitter any more accountable if it’s barely comprehensible. Transparency is meaningless without regulation. We can’t leave it to tech people to hold tech companies responsible.

Musk’s other priority is limiting content moderation policies. “Free speech is the bedrock of a functioning democracy, and Twitter is the digital town square,” he said in a recent statement. While free speech may be the bedrock of democracy, misinformation is a more prominent threat to democracy. If anything, our hesitancy to moderate speech does more harm than good.

“If the algorithm is going to prioritize polarizing content just because it gets more likes, even though that content is either false or controversial,” Patil said. “Other, higher-quality content or more fact-based stuff is not shown to users simply because it won’t make the company any money.”

Social media algorithms sometimes prioritize misinformation because inflammatory content gets more engagement. Scrapping content moderation policies only encourages a platform where misinformation yields harmful consequences. Instead, we should support regulating both tech giants’ access to our data and the way they use it.
Regulation in Progress
In contrast to Musk’s approach to social media, the European Union recently agreed on a law that requires tech companies take steps to remove illegal content like hate speech or inciting terrorism. The landmark tech legislation, called the Digital Services Act, will prohibit companies from targeting ads based on gender, race or religion. It will also require them to disclose algorithms that promote divisive content.

United States legislators are hesitant to pass such sweeping internet regulation, but the Digital Services Act will impact international tech giants like Google, Meta and Twitter. Previous EU tech regulation fell short due to lack of enforcement, but the Digital Services Act will be enforced by an independent commission rather than by individual countries. “We also need to consider that we live in a networked world, and impacts of one person’s actions can have a systemic impact,” Patil said. “So there needs to be systemic regulation and changes.”

Utahns must demand ownership of their information and take steps to protect it. When you sign the terms and conditions for social media websites, you’re signing away crucial information about the way you use that technology. Data such as your IP address, cookies and URLs visited seem meaningless to individuals, but there are larger implications of disclosing every move you make to big tech. With increasing amounts of data in the hands of a few billionaires and little regulation from the government, consider your online information and protect it.