The Daily Utah Chronicle • May 9, 2022 • https://dailyutahchronicle.com/2022/05/09/utah-womens-basketball-ncaa-torunament-march-madness/

Amazing Run to the NCAA Tournament for Utah Women’s Basketball 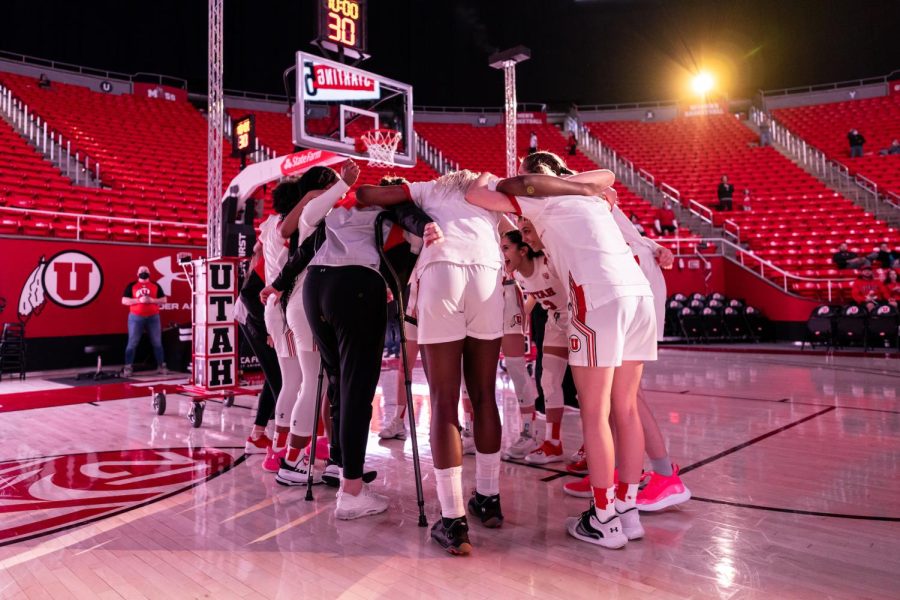 The University of Utah women’s basketball season can be defined in no other way than as a smashing success. The Utes went from a five-win team to a 20-win team seemingly overnight. They also won a NCAA tournament game in the process while clinching second place in the Pac-12 tournament.

Head coach Lynne Roberts was incredibly proud of her team after an amazing season, and rightfully so.

“I told them after the game that sometimes you just have to give the other team credit,” Roberts said. “I thought Texas played just incredibly well. I don’t want to move on too quickly. We deserve to enjoy the season we had.”

The Utes were a team largely driven by youth in 2022. The team’s two leading scorers were freshman Gianna Kneepkens (11 ppg) and Jenna Johnson (12 ppg). The two led the Utes through a gauntlet of a Pac-12 season and put up incredible performances in the Pac-12 tournament on their way to the conference final.

The two are only going to get stronger, faster and better at basketball. From freshman to sophomore year, fellow Utes Kennady McQueen and Brynna Maxwell made huge jumps. With the same coaching in place, the same should be expected for Kneepkens and Johnson.

Maxwell’s numbers dipped this year, on account of a move to the bench, but she was still a brilliant shooter when on the court.

“I told her chances are still going to come her way because she’s a great player, we just need something different from her this year,” said Roberts earlier in the season of Maxwell’s move to the bench.

Maxwell responded incredibly well to the role, providing key scoring streaks throughout the year when the first team guard Kneepkens wasn’t on the floor. Her role transformed to that of Jazz player Jordan Clarkson’s, a bench player with a constant green light when on the floor.

Shooters shoot, and Maxwell did just that, once again posting blistering numbers from three and averaging 10 points per game while seeing limited minutes, an incredibly impressive feat.

The number one issue that killed the Utes in 2021 was perimeter defense. McQueen came into the season determined to change that narrative.

It might be underselling it to say McQueen was one of the best perimeter defenders in the Pac-12 this year. McQueen’s constant defensive toughness served as a tone-setter for the team. It didn’t show up on the stat sheet, but watching the Utes you could see that McQueen was clearly the leader of the group by the end of the season. A calming presence and a tenacious defender, that along with transfer Dasia Young, helped bolster the Utes perimeter defense.

“I think there’s definitely been progressive changes of leadership roles coming from last year,” McQueen said. “And then just seeing that opportunity develop in front of me and just trying to follow Dru [Gylten]’s leadership. She’s the best leader I’ve ever followed. Like high school, club, out of everything, she sets the example.”

Accoding to Roberts, McQueen is phenomenal because she doesn’t quit.

Another critical part of the Utes’ season was three-point shooting. The Utes shot 30% from the three-point line in 2021. They shot 35% from three in 2022.

What lies ahead for this Utes team is only positive. Most of the roster is slated to return in 2023. Roberts has proven she is one of the best coaches in the Pac-12. The next step for Utah is to be included as a top-25 ranked team in the nation. In a tough conference, that’s extremely doable. The Utes have now risen to the second tier of the Pac-12, sitting with teams like Oregon, Colorado and Washington State. The next step for everyone is to catch the powerhouse that is Stanford. It certainly is a few years away, but competing with the Cardinal is not an unrealistic expectation.