From the U to Beyond: An Interview with Alumni William Marling 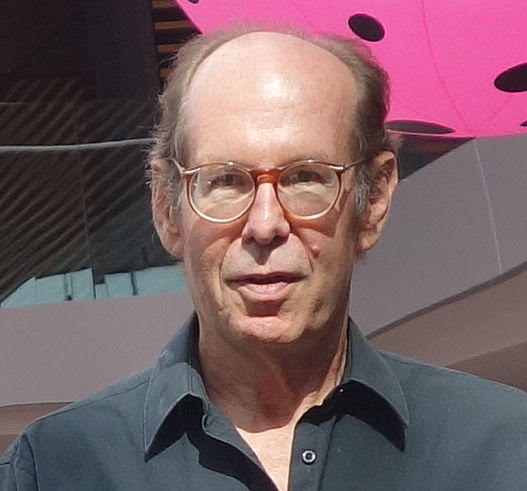 It is always fascinating and strange to encounter a piece of history that resonates with your own life and experiences. For me, that moment came when I had the pleasure of meeting with University of Utah alum and former editor-in-chief of The Daily Utah Chronicle William Marling.

Since his position as Chronicle editor-in-chief in 1972-1973, he has gone on to write for various magazines, such as Fortune and Life, and has written multiple books including his most recent, “Christian Anarchist: Ammon Hennacy, A Life on the Catholic Left.”

As a student contributor to the Chronicle, I was interested in Marling’s experiences with U Student Media and how they compared to my own. In our interview, he offered advice to current and future student journalists and those who want to pursue journalism after college.
A Chronicle Education
I wanted to find out what Student Media meant to someone who had been deeply involved in it from the beginning of their college experience. I asked Marling what kind of culture independent, student-run newspapers foster. He told me about the ethos he came to the Chronicle with: “Let everyone into the room. Let everyone speak. Let them have their say, especially on the editorial page, and let people read about it.”

Marling’s sentiment speaks to my own experience at the Chronicle, where I have observed student voices representing the experiences of our campus and the local community.

I asked Marling, who has been both a contributor and editor, what valuable skills writing for the Chronicle helped him gain. He said, “I really did a lot of interviewing for the first time at the Chronicle.” Learning how to communicate with others is a large part of the Student Media experience because we are always engaging in a collaborative effort when we create and publish our work.

Marling also spoke to the experience of being edited as a journalist, which he said is “invaluable, because if you go on to be a professional journalist, you are going to be heavily edited.” He summarized his energizing and educational experience at the Chronicle with “I learned as much from the Chronicle as I did from the journalism department.”
Braiding Together the Threads of our Future
If you are looking to begin your journalistic journey as an undergraduate student, what should you do? According to Marling, getting curious is crucial. “Journalism is a good excuse to explore and find out about anything you want to know about,” he said. “You can move from one field to another.”

Marlin spoke to the tendency that students have to compartmentalize their future career paths. “I think students today think in too much of a single, linear path about their careers.” Instead of thinking linearly, one should “acquire as much experience as possible, albeit in many different areas.” He added, “Think as you progress in your job life how you can braid these threads back together.”

Marling is an example of braiding the various threads of one’s experiences. During his senior year at the U, he worked as the production editor for KCBX TV and learned how to use a camera. He used his broadcasting experience to get into film and now he teaches film at the university level part-time. Similarly, writing Ammon Hennacy’s obituary for the Chronicle led him to write “Christian Anarchist,” a biography on Hennacy.

For those current contributors who are looking to continue the pursuit of journalism after college, Marling offered practical advice. “As you are a junior or a senior, you need to be thinking about where you might want to go next. Do you want to write for local media? Do you want to go to a major media center like New York or Los Angeles?” Once you figure out where you might want to go, Marling recommended “writing articles that would qualify you to work in the Los Angeles media, for example, or qualify you to work in financial media.” Showcasing your experience in creating media is a way to show your competence in the field — “Take on a subject and do it well,” Marling said, “so that you have something in your portfolio.”

The first step to any journalistic endeavor is simply to begin, and Marling’s origins took place right here at the Chronicle. It is inspiring to know that many of our paths will begin in similar ways and go as many places as we desire. If we remain curious to explore and learn about anything and everything, we will open our minds to possibilities unexplored.

Marling is a professor at Case Western Reserve University in Cleveland, Ohio. To view his publications, visit his website.