Arias of the Vine: José Miguel at Hill House 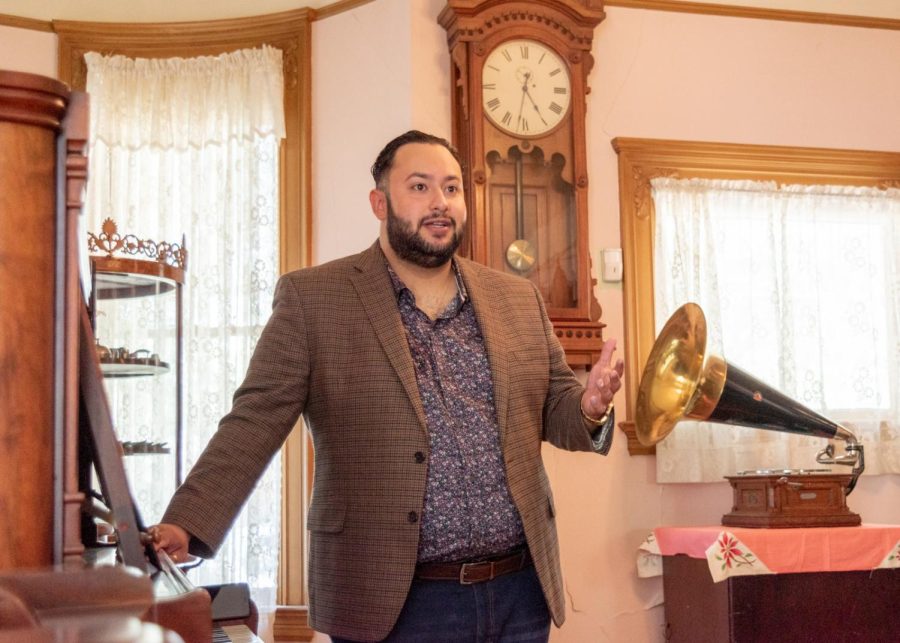 José Miguel, tenor and DMA student in opera in the University of Utah's School of Music, describes his journey as a musician at the historic Lodi Hill House in Lodi, California on August 7, 2022. (Photo by Jack Gambassi | The Daily Utah Chronicle)

The University of Utah’s School of Music has produced two musicians of exceptional quality in tenor José Miguel, a DMA student in opera, and pianist Bernard Li, recent U graduate with a degree in biomedical engineering and music performance. The duo put on the first ever “Arias of the Vine” concert series at Lodi Hill House in Lodi, California from the end of July to the beginning of August.

Miguel built repertoire for each of the four concerts around specific bottles of wine produced in the area. In this way, the tasting notes one might sense in the wine are reflected or complimented by the notes written on the score. The stem of the eighth-note parallels the stem of the wine glass (or even the stem of the grape vine).

The pieces Miguel chose were influenced by music from his home in Chile in addition to pieces that have been influential to him during his growth as a musician. Li played an antique 1890s piano in the parlor of Lodi’s Hill House in-between pieces for which he played accompaniment.

The two musicians hope to return in the future for further musical and vinicultural dialogues with the community of Lodi.