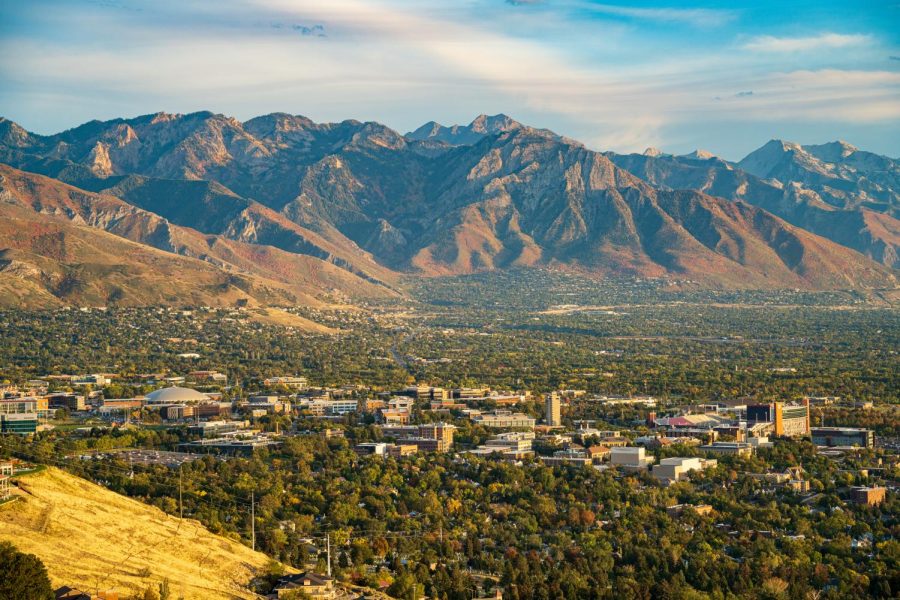 In a 2022 WalletHub study, Utah was ranked as the worst state for women’s equality, with Utah being the lowest overall in the education and income gap categories.

Women earn 30.9% less than men in the state of Utah, according to ABC4. Additionally, 13.5% of men in Utah hold a graduate degree, compared to only 9.2% of women, according to the Utah State University Women and Leadership Project.

Susan Madsen, the founding director of the Utah Women and Leadership Project at Utah State University, said this disparity is due to a deep-rooted culture in Utah.

“It really comes from decades of tradition and really traditional societies, and some societies have been able to move faster than Utah,” Madsen said. “Generally speaking, in more religious and conservative societies you see greater disparities.”

This long-standing culture, said Claudia Geist, associate professor of gender studies and in the Department of Sociology at the University of Utah, is one that encourages mothers to avoid the workforce and focus more on homemaking duties.

“Women were often encouraged to not pursue higher education or stop it earlier, and to focus on domestic responsibilities and have fairly large families,” Geist said.

Geist said many women don’t pursue a higher education or high-level job positions because they feel these types of careers are impossible for them, and being a mother while working a full-time job isn’t an option.

“I feel Utah could do more to open up all the doors to make it seem more achievable to become a woman politician or to be a full time entrepreneur without having to give up on sort of those socialized dreams of also being a mom,” Geist said.
Breaking Tradition
Madsen, who has been researching women’s inequality in Utah for nearly 13 years, said many people don’t realize higher education has other benefits than providing job opportunities.

“Even if women don’t work for pay outside the home, that education is absolutely critical for parenting, and for helping kids and for your service to society,” Madsen said.

According to Madsen, there is still a huge divide between the percentage of men and women earning degrees in STEM due to the career standard for women in Utah.

“More women graduate college in more traditional areas,” Madsen said. “Those messages from the start when they’re young girls, ideas on what degrees are appropriate for girls and what are appropriate for boys are much stronger in the state of Utah.”

This expectation for women to major in non-science areas is contributing to the large income gap between men and women, Madsen said.

“There really is also occupational segregation, which means that the areas that women tend to go into are much lower paying than men’s areas,” she said.

In more recent years, Madsen said, women have started to pursue careers in more men-dominated areas, but in these job areas women are still paid significantly less than their male counterparts.

These employers, she said, begin to pay their employees less overall when women begin to join more masculine professions.

“Areas that used to be more masculine, when they become over 50-60% women, the pay goes down,” Madsen said. “When there are women’s areas that men start coming into, as soon as there [are] more men, that pay starts coming up.”
Change is Slow
While the traditional culture in Utah still persists, many religious leaders in the state are urging women to attend higher education and are emphasizing the importance of schooling, Madsen said.

“When I speak, especially in religious settings, I show quotes from my church leaders that say actually it’s really important for women and men to get their degrees and education,” Madsen said.

According to Madsen, there has been significant improvement in the amount of women obtaining degrees, but there’s room for Utah to improve.

“That undergraduate degree is something that we’ve made progress on, but there’s still this misconception that women are given a bad time when they go for graduate degrees,” Madsen said. “We, by far, have the biggest gap between men and women getting graduate degrees.”

According to Geist, while Utah was ranked lower in certain areas than previous years, this doesn’t mean Utah is getting worse in women’s equality, but is just slower to accept social change.

“In a sense Utah is just a little bit more focused,” Geist said. “It’s just maybe a few decades behind national trends. We see it stronger because we have a stronger local culture, where it’s not as disrupted by modern market forces.”

While Utah is improving in women’s education and will continue to improve over time, Geist said not to expect any noticeable change in the near future.

“I don’t necessarily think Utah will rise quickly anytime soon because social change is slow,” Geist said. “I feel what puts us at the bottom is really the fact that we have the strong cultural forces that would like social change to be slow. Others are faster with social change, and it’s really hard to keep up if you want to be slow.”