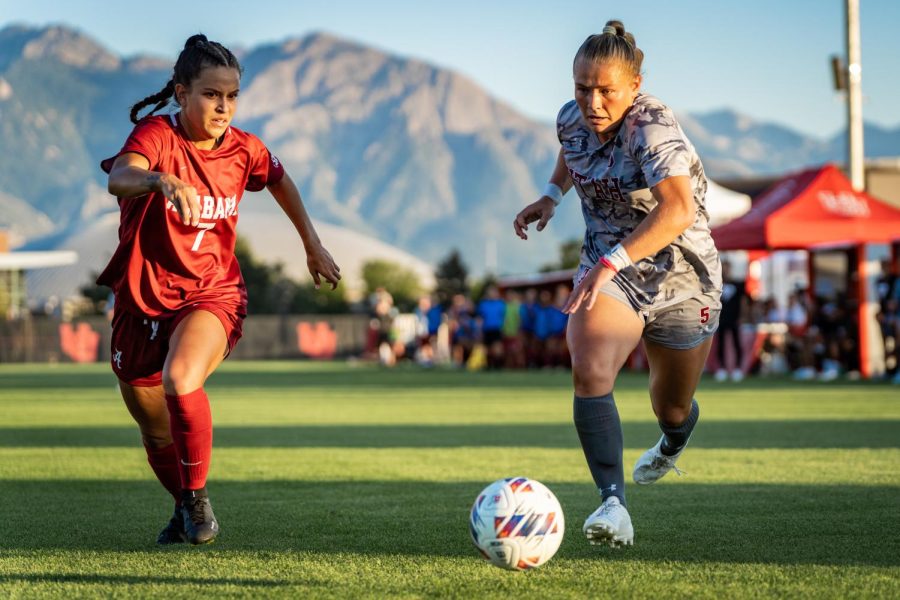 Utah soccer (3-1-2) faced off against their in-state rivals Utah State (2-1-3) on Sunday. Playing host at Ute Field proved beneficial for the team as they were able to best the Aggies 1-0.

The game proved to be a defensive battle at the start being scoreless for the first 45 minutes. Luisa Delgado and Kaitlyn Conley each recorded a shot on goal for the Utes but could not find the net against USU senior goalie Diera Walton.

Utah broke the deadlock in the 60th minute as Taliana Kaufusi knocked in what proved to be the game-winning goal off an assist from freshman forward Kelly Bullock. Leading the team in scoring, Kaufusi was able to add to her tally as she was able to record her fourth goal of the season.

The Utah defense held strong for the next 30 minutes and limited the Aggies to shots on goal during that span. In the 78th minute, USU’s Tenzi Knowles had an opportunity to pull Utah State even, but a diving save by Utah goalkeeper Evie Vitali prevented her from doing so. And after playing a clean last 12 minutes Vitali was able to pick up her third clean sheet of the season.

“We did struggle to find consistency in our plays, which we need to be better about,” said Nakada. “Utah State took advantage of our mistakes and we almost paid a price for it. I’m excited to get back to work and get ready for a big match against BYU on Saturday.”

After the win, the Utes can now set their focus on next week’s matchup at BYU. After an anti-climactic 0-0 draw in brutal weather last season, the Utes head into next week’s game motivated to come out with a victory. The game will start at 7 p.m. MST and will be streaming live on BYUTV.