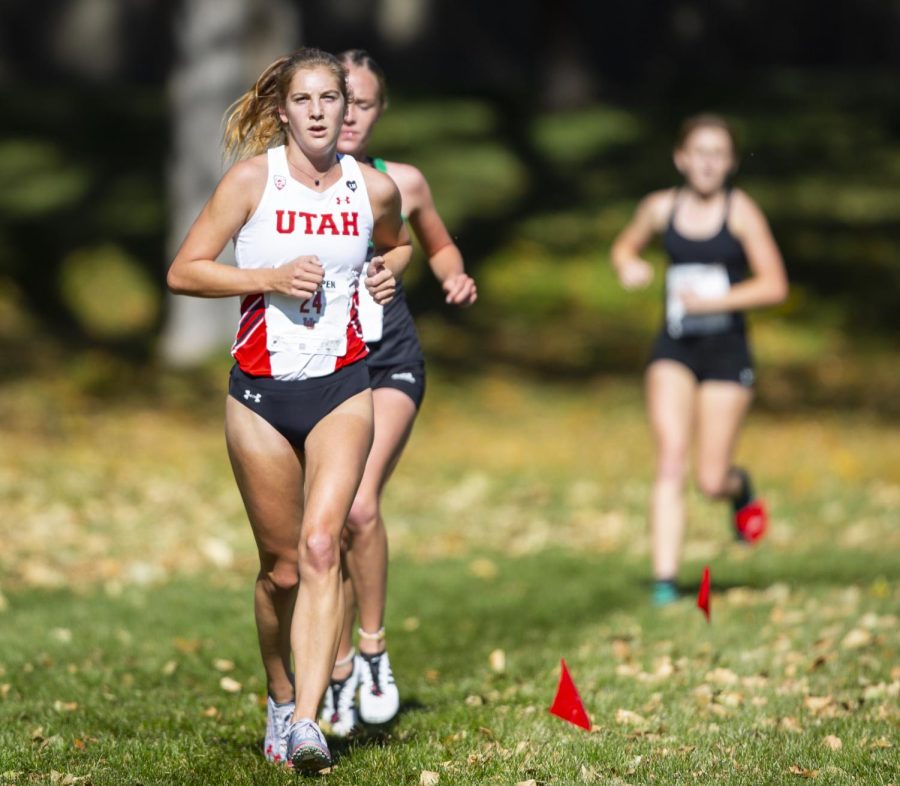 The University of Utah cross country team is off and running after competing at the UVU Invitational on Thursday, Sept. 1 in Orem. The Utes entered the season ranked No. 5 in the USTFCCCA Mountain Regional rankings, and No. 18 nationally. Utah is in a very tough Mountain Region, with three of the last five national champions coming from the region.
Returning Runners
The majority of Utah’s roster this season are veterans, with 14 returning runners on the team. Last season, Utah competed at the NCAA championships, with Keelah Barger, Morgan Jensen, Ariel Keklak, Lauren Peterson, Simone Plourde and Emily Venters participating. All of these runners are back for the U this season.
New Runners
The new members for the Utes this season include Vero Boire, Caroline Fischer, Kylie Hartnett, Chloe Kockler, Bri Rinn and Erin Vringer.

Boire and Fischer are both sophomores who transferred to Utah this season, from Virginia and Providence respectively. Hartnett is a freshman who made her debut for the Utes at the UVU Invitational. Kockler is a senior who has raced outdoor track at the U for a few years, but didn’t make her cross country debut until this season. Rinn and Vringer are freshmen from Lincoln, Nebraska and Saint John, New Brunswick, Canada, respectively. Both are coming to Utah after decorated high school careers.
UVU Invitational
Utah head coach Kyle Kepler sent seven runners to the invitational: Maren Busath, Ellie Lundgreen, Claire Rusovick, Fischer, Hartnett, Reed and Kockler.

The other schools participating at the UVU Invitational included BYU, Idaho State, Salt Lake Community College, Southern Utah and the host of the event, Utah Valley.

With temperatures soaring at Lakeside Park in Orem, Reed, a junior from Colorado, finished tenth in the event with a time of 19:40.5. This came in first place among the Utes and was just seconds short of her 5k personal record.

The Utes will have a few weeks to prepare before traveling to St. Paul, Minnesota for the Roy Griak Invite. That will take place on Sept. 23. Utah is looking to continue building off of a very successful season last year, where they qualified for nationals for only the third time in program history.