The Utah Museum of Fine Art’s (UMFA) pivotal acquisition of 35 artworks from renowned twentieth-century, Japanese-American artist Chiura Obata will bring critical artworks that explore the complexity of American history and identity to our own backyard on the University of Utah campus.

“We wanted to represent the breadth of his work,” said UMFA’s Senior Curator Whitney Tassie. Obata’s career was an astounding seven decades long and he produced a vast array of works including Sumi ink drawings, magazine cover illustrations and woodblock prints. He is notable for skillfully translating vast landscapes onto paper by accenting dark outlines and curves in captivating colorscapes. His manner is straightforward, yet makes the viewer feel minute in scale as if they were stepping into his images. I am personally left astounded by Obata’s continual ability to fit grand expanses into single frames.

“We just looked through his career at themes that he kept returning to and themes that resonated particularly with our collection,” Tassie said. Obata’s style utilizes Eastern art practices while depicting the West, showing underrepresented yet needed views within American art history. “There are a lot more voices and a variety of creative practices out there that contributed to the progression of art in our country,” said Tassie, who shared her excitement in finding works that include quintessential elements of the American west, such as horses. “This figure of the horse seen through these different perspectives … That was something we were really excited to get.”

Having Obata’s work in Utah is a special privilege, and the collection’s bestowment has been in the works since 2017. A majority of the collection was gifted to the UMFA by the Obata family, who wish for the collection to inspire viewers to study their history — Obata had been incarcerated in the Topaz Internment Camp during World War II. “We didn’t only acquire his work from his time when he was at Topaz — it was before and after because he had such a strong oeuvre. It would be essentializing and misleading to only have the work he created while he was interned,” Tassie said.

Focusing solely on Obata’s internment limits the impact of his artwork as a whole, yet simultaneously, the works he produced in internment are imperative as they document the incarceration of Japanese-Americans. “If you are going to talk about regional art history … [Topaz] absolutely must be part of it, and beyond that, it’s part of American history,” Tassie said. “The issues that he was talking about, anti-Asian sentiment and oppression from the American government, are still very timely and relevant today.”

Careful examination and preservation efforts are required for the medium and nature of Obata’s works, meaning exposure time must be limited. “They are mostly in good shape, but some might need treatment,” Tassie said. “They’re all works on paper which means they are light-sensitive.” The UMFA has not released an official date for the collection’s release into the American galleries, but viewers are glad to wait for the work’s necessary processing. “It’s not something we want to rush into,” Tassie said.

Overall, welcoming the Obata collection to the UMFA is an incredible opportunity. “There are so many voices and complexities that exist that aren’t always expressed in the canonical narratives you hear over and over again,” Tassie said. “This idea of a multivocal narrative is something I’m hoping people will take away. That’s the hope and why it’s important to have his work and to share it.”

Obata was a teacher and will always be a teacher, and now Utahns have the opportunity to experience the potent impact of Obata’s works permanently on UMFA walls. 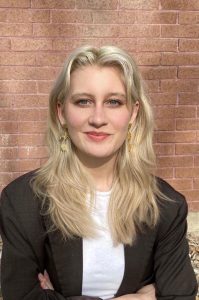 Avery Greig, Arts Editor
Entering her senior year at the U and her second year at the Chronicle, Avery Greig is avidly excited to serve as arts desk editor. Pursuing an art history major, business minor and diversity certificate, Avery is deeply passionate about the humanities and will not hesitate to tell you as much. When not editing, Avery can be found furiously studying within campus cafes, going on long meandrous walks, or at one of Salt Lake City’s many concert venues.