Flipping the System to Sustainability

Even if these big goals are met, ASUU has high turnover. Every year, every seat is up for election. New presidencies fill the executive branch and so do new goals and plans. Kum hopes that his presidency will lay a foundation to fill the information silos.

“The tricky thing about all this change is that we have to put systems and infrastructure in place that’s sustainable,” he said. “So, even when we’ve graduated, the processes still function. It’s these foundations and relationships that we’re focusing on.”

Kum wants to use his presidency to amplify the student-voice instead of talking over it.

“Everyone wants something different out of their college experience,” Kum said. “I know that not everyone wants to be as involved in ASUU as us. We’ve decided that the best way to understand what students are thinking, and their different perspectives, is to actually go out to them, through a presidential tour of sorts.”

The president-elect plans to kick off the “presidential tour” this summer, meeting with different departments and resource centers while most students are off-campus.

Once the fall 2020 semester begins, Kum and his vice presidents will start sitting down with members of various campus organizations and student groups.

“I’m not asking them to come to me. I’m coming to them to do what we did while we were campaigning — talking to students about their barriers and things they’d like to see changed,” he said. “It’s all about improving their access.”

When asked what groups Kum thought were the least represented in ASUU, Kum sighed.

“I could scroll through Campus Connect and just go through each of the directors,” he said.“We are keeping in mind the most marginalized and disenfranchised groups of people on campus. Personally, I don’t recall seeing many ASUU people at a Black Student Union meeting, ever.”

Kum is cutting down on his class load significantly in the fall semester in preparation. The presidency plans to hold most of their meetings with student groups in the first two months of the semester. 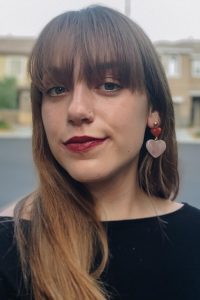