Kum, Valdes and Amaechi have all served in ASUU for at least one year prior to their campaign and referenced the subsections of campus represented in the governing body.

According to Kum, he will be the third black president and first Ghanaian-born.

Encouraging student involvement within ASUU, and, primarily, boosting minority power and representation, is important to their overarching goal of “access.”

“Part of the issue is that ASUU’s strategy for recruitment and involvement has been passive: let’s keep our door open, physically and ideologically,” Kum said.

“That’s — I mean, it’s better than the door being closed — but for us, access is opening the door, but it also means moving it closer to people, going out and bringing people over,” he said. “The door being open is useless if people don’t know where it is, or worse, if there’s a wall in front of it.”

The Kum ticket plans to leverage their past experiences and connections on campus to make more students feel comfortable even just stopping by the ASUU office.

“I think that us being in office alone might be a good step toward bringing down the stigma of only certain people can be in ASUU.”

Outside of this, Kum plans to adopt a more active approach to recruitment and involvement.

“We have to go outside of ASUU and find ways to make students aware of what’s going on,” he said. “This means having student organizations announce events, elections and the legislation being debated in their communities, or professors bring it up to their classes in person or even through Canvas.”

This is also how Kum plans to address one of his biggest concerns, student access to the budget for the 2020-21 academic year.

“We need to approve it soon, and I’m worried that no students will get to see it before it’s passed,” Kum said. “It’s all of the money that we’ll have access to in the coming school year, and students should have a say in how it’s spent.”

A new version of ASUU’s website was released on March 5, 2020 and announced on the current ASUU president Anna Barnes’ Instagram story.

The Kum ticket was excited about the greater ease of access on the website but still thinks that the U could do more.

“This [revamp] should alleviate some of the issues,” Amaechi said. “However, we were playing with the idea of incorporating an app-based database with information galore: from where your classes are, to who built that building, we’re hoping to provide students with easy and accessible information.”

As the Kum ticket looks forward to its year in office, their main focus is student relationships.

“We’re looking to flip the ASUU narrative,” Kum said. “I hope that the student reading this feels like they can walk right into the ASUU office and strike up a conversation with me, attend a meeting, run for office. I’m grateful for this chance to stand up for students. Come by, talk to me about your day, and say hi.” 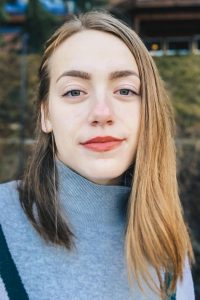 Jacqueline Mumford, Digital Managing Editor
Jacqueline Mumford is the digital managing editor pursuing a masters in accounting. She is great at Candy Crush, pretty good at running, and very bad at walking without falling.
Leave a Comment