The NFL logo for Super Bowl 47 is seen on the field, in New Orleans, February 3, 2013. (Image via WikiMedia Commons)

The NFL logo for Super Bowl 47 is seen on the field, in New Orleans, February 3, 2013. (Image via WikiMedia Commons)

Head to Head: Which NFL Division Will be the Hardest to Win This Year?

By Sammy Mora and Justin Prather

With the first week of the NFL season now in the books, fans have been given their first look at their favorite teams. There is still a lot to shake out within the league due to the preseason being canceled, but there are two divisions this year that we believe are going to be a tight competition for a spot in the playoffs.

I’ve chosen to stay in the NFC for my hardest division. I believe that the NFC South will be the hardest division to win this year. Not only are two of the best quarterbacks to ever play the game in this division, but there are big-time playmakers on all four of the teams.

Let’s start with the team I think will have the hardest time this season: Atlanta.

But the one thing that the Falcons don’t seem to have is a strong defense. They have some really strong pieces like Dante Fowler Jr., and rookie Marlon Davidson, but I still feel that the Falcons will need someone to step up big time on the defense if they want a shot at the division.

The Falcons will open their division play on week four when they host the Panthers.

That leads us to the Panthers. They have one of the most exciting running backs in the league in Christan McCaffrey and two really good wide receivers with DJ Moore and Robby Anderson.

The Carolina defense looks like it will be solid as well, with some playmakers like Shaq Thompson and Tahir Whitehead making some big tackles.

But my biggest question is Teddy Bridgewater and his level of play. Yes, he was 5-0 last year when he took over as the quarterback for the Saints when Drew Brees went down with an injury but he hasn’t been a full-time starter since 2015 when he led the Vikings to the playoffs. And after that, he didn’t play much due to a scary injury that almost cost him his career.

If Bridgewater shows week in and week out that he can play like he did last season for the Saints or when he went 11-5 with the Vikings, then I can see this being a three-team race.

The Panthers will get their first divisional test this week when they head to Raymond James Stadium to face the Buccaneers.

That leaves us with the Saints and the Buccaneers. The divisional title is going to end up in one of these two cities this season. Yes, the Bucs did not look the best at times last week when they lost to the Saints but with no preseason as well as a shortened camp, things were bound to be messy.

Both teams have huge weapons on the offensive sides of the ball. Scotty Miller looks like he is setting up what will be a huge season for the Bucs, but he is not the only WR who Tom Brady will be looking to this year. The Buccaneers have one of the best duos in the league with Mike Evans and Chris Godwin, factor in some stud tight ends, Brady has some solid ball catchers.

Ronald Jones, Leonard Fournette and LeSean McCoy are three very good running back options for the team as well.

As for the Saints offense, people know what Michael Thomas and Alvin Kamara are capable of doing but with the addition of  Emmanual Sanders during the offseason gives Brees another person to catch the deep ball. Jared Cook will also be a key piece of the Saints offense this year.

While both offenses stack up pretty well, both defenses are full of big hitters who are able to get off the field on third down.

The Saints have a solid line composed of C.J. Gardner-Johnson, Janoris Jenkins and Malcolm Jenkins who laid the pressure on Brady last weekend. Plus, with ball hawks Janoris Jenkins, Marcus Williams and Marshon Lattimore in the secondary, big plays are bound to happen.

On the other side, the Bucs have the NFL’s sack leader, Shaquil Barrett who is leading another loaded defense. With Ndamukong Suh, Will Gholston and Vita Vea anchoring the line, Barrett won’t be the only linebacker making big plays this season.

With a solid rotation with Barrett, Jason Pierre-Paul, Devin White and Lavonte David, the Bucs have some of the best linebackers in the league as a whole.

The only place where the Bucs seem to struggle and where the Saints thrive is in the secondary. The Bucs secondary is young. Jordan Whitehead is the oldest player in that backfield and he was only drafted in 2018. Sean Murphy-Bunting showed lots of promise in the loss last week, but he can’t do it on his own. Jamel Dean and rookie Antonie Winfield Jr, are going to need to step it up.

We will see how the Bucs defense stacks up versus the Panthers this weekend while the Saints won’t face a divisional foe again until week six when they will face the Panthers.

But Nov. 8 will be a huge week for both these teams as they meet once again. Whoever wins that game could easily win the division. 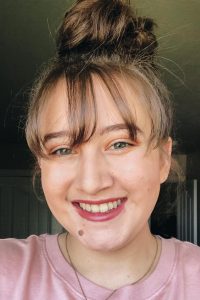 Performance in last season is one of the best indicators tipping fans to where their teams are headed, and this year it was our only look before week one. That look meant next to nothing for teams in offseason flux.

The last four mentioned teams also have favorable strength of schedule this season, further securing their prospects for a postseason. The Ravens and Steelers have the first and second easiest respective paths ahead. All four ended week one with a W. While the Ravens and Steelers will have to fight for their division top spot, postseason play is a given for both.

So, after marking out a few divisions with no-brainer leaders, which division has the best competition? Looking at last season, the strength of schedule, and performance in week one as metrics, the NFC West is the division to win in 2020.

Last season saw the debut of rookie quarterback Kyler Murray under the direction of new head coach Kliff Kingsbury. With both QB and coach wading into new waters, the overall performance was to be expected with a 5-10-1 record. However, Murray set a slew of rookie season team records earning him the NFL offensive Rookie of the Year from the Associated Press.

In the offseason, Murray picked up a new passing target with the addition of wide receiver DeAndre Hopkins, who recorded 14 receptions for 151 yards in a hard-fought 24-21 victory over division rival San Francisco this past Sunday. Murray also proved his role as a mobile QB racking up 91 rushing yards as the team’s week-one rushing leader.

The road ahead is not easy for Arizona, though. With the league’s eighth most difficult schedule, the Cards will have to continue to build upon week-one victories and make adjustments to help Murray build a dynasty.

It’s taken a minute for me to warm up to Pete Carroll’s Seahawks. I was still salty about all his trash talk leading up to the 2006 Rose Bowl when his Trojans took on my beloved Longhorns. Texas’s 41-38 victory wasn’t enough to put my grudge to bed. However, Carroll has slowly cultivated a dynastic Seattle squad. It also helped to watch former Ute Cody Barton dink him in the face with a football last year.

In all seriousness, Carroll is one of the NFL’s best and his team is no different. QB Russell Wilson has recorded winning seasons every year during his previous eight years with the Seahawks. He’s a natural-born leader and keeps his offense tight. This year he picked up a solid target in DK Metcalf — who I have on good authority was picked up on waivers by Sammy Mora for her fantasy team. Seattle opened with a 38-25 win over Atlanta and showed they weren’t slowed down by a strange offseason after a tough 2019 postseason loss to Green Bay kept them out of the NFC championship game. As long as everyone remains healthy and Wilson continues to drop dimes to Metcalf, the Seahawks will be a division contender.

The Rams are the most questionable of the four NFC West teams, but only because they’re hot and cold in the Jared Goff era. In 2018 they led the NFC with a 13-3 record and a Super Bowl appearance where they lost to Tom Brady’s Patriots. Last season, however, the Rams went 9-7 and lost their playoff spot with a loss to the San Francisco 49ers.

This year the Rams have room for improvement and week one showed us they were up to the task. LA has a solid backfield with Cam Akers and Malcom Brown, the latter surprising fans and analysts on Sunday with a solid rushing performance in their 20-17 victory over the Dallas Cowboys. If head coach Sean McVay can keep the momentum moving forward, the Rams could see a repeat of their 2018 season.

It was a tough week for the Niners, but they shouldn’t be counted out in NFC West. QB Jimmy Garoppolo performed better on paper than Kyler Murray. In the backfield, RB Raheem Mosart performed well but shined as a passing target downfield recording four receptions for 95 yards and a touchdown.

In the wake of a week-one loss, the triumphs of the Niners 2019 season should not be overlooked. With a 13-3 record, division and conference titles and a close Super Bowl loss to AFC favorites Kansas City, San Francisco has proven they are here to play and could easily turn around and take the division again. The only thing standing in their way, the fourth hardest schedule in 2020. 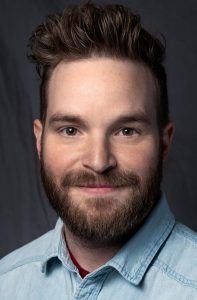